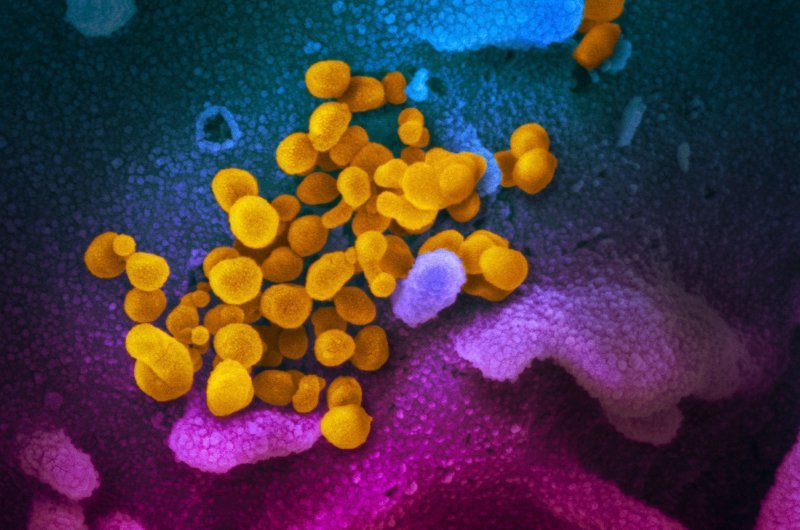 This handout illustration image obtained February 27, 2020 courtesy of the National Institutes of Health taken with a scanning electron microscope shows SARS-CoV-2 (yellow) — also known as 2019-nCoV, the virus that causes COVID-19—isolated from a patient in the US, emerging from the surface of cells (blue/pink) cultured in the lab. (Photo by Handout / National Institutes of Health / AFP)
by Compiled from Wire Services Feb 27, 2020 9:53 pm

Iran's former ambassador to the Vatican and prominent cleric Hadi Khosrowshahi has died of the coronavirus, local media reported Thursday.

According to the semiofficial Tasnim News Agency, the 81-year-old cleric died at a hospital in Iran.

Earlier in the day, Iran had put the death toll in the country from the coronavirus to 26, with 254 confirmed cases.

Iran has seen a spike in COVID-19 cases over the past week.

Iran is one of over 35 countries that account for the nearly 80,000 confirmed cases of COVID-19 around the world. The outbreak's epicenter in Iran is the holy Shiite city of Qom, where the faithful in reverence reach out to kiss and touch a famous shrine. That shrine and others have remained open, despite Iran's civilian government calling for them to be closed.

The World Health Organization (WHO) has declared the outbreak an international health emergency and said the global risk level remains high.