Coronavirus may lead to peace in Yemen 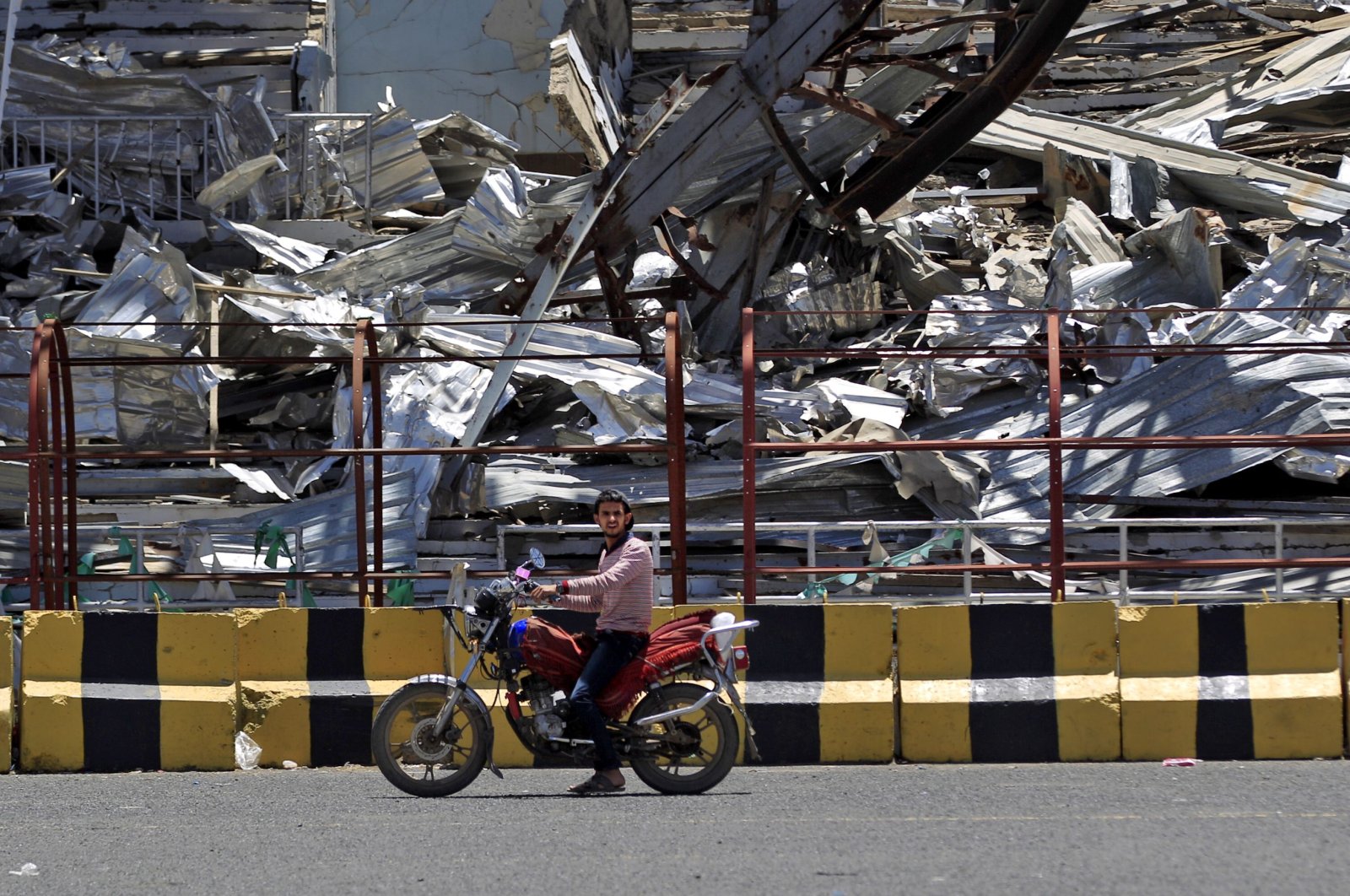 A man drives his motorcycle past a popular public square, which was destroyed in late 2017 in an airstrike by the Saudi-led coalition, Sanaa, Yemen, April 9, 2020. (AFP Photo)
by Yusuf Selman İnanç Apr 10, 2020 12:59 pm
RECOMMENDED

The warring parties in Yemen agreed on a cease-fire following the announcement of the first case of the novel coronavirus in the war-torn country.

Both the Iranian-backed Houthi militias and the Saudi-led coalition backed by the United Nations agreed on a cease-fire offer amid calls for the prevention of the spread of the virus. On March 23, U.N. Secretary-General Antonio Guterres asked for a cease-fire in the continuing wars across the world, including Yemen. His call garnered a positive response from the opposite sides in Yemen despite the fact that clashes have been quite intense.

The coalition declared that its members would like to facilitate talks sponsored by U.N. envoy Martin Griffiths for bringing the war to an end. The U.S. and the U.K. also pledged support for the temporary cease-fire, asking warring parties to further the peace talks. Guterres said the warring parties should engage “in good faith and without preconditions” in the peace talks as a result of which a mechanism would be established to create a political settlement.

Although the Houthi rebels have not responded to the cease-fire decision, taken by the Saudi-led coalition unilaterally, it is expected that they will follow the suit. Yet, they have set out five demands for a permanent cease-fire. First, they ask the "foreign powers" to withdraw from Yemen, which obviously means Saudi Arabia and its backers, such as the United Arab Emirates. Second, they want the lift of aerial, land and sea blockades, including the opening of Sanaa International Airport. Third, the Houthis demand from the coalition members, mainly from Saudi Arabia, to open a credit line for the payment of wages of Yemeni civil servants over the next 10 years. Fourth, they would like the U.N. to help combat the coronavirus through providing “medical equipment, drugs, vaccines, sterilizers and others.” Fifth and finally, a referendum should be held at the end of negotiations.

It was only two weeks ago that the Saudi military intercepted a missile over the capital, Riyadh, allegedly fired by the Houthis from Yemeni soil. In response, the coalition carried out one of the largest aerial strikes in Sanaa, causing many casualties.

However, the five-year-long war with no progress on either side has exacerbated the woes of Yemenis. In addition, a diagnosis of the first case of COVID-19 in the country would lead to an unprecedented health crisis, given the fact that the country suffers from a lack of basic medical supplies.

A recent report published by the Norwegian Refugee Council (NRC) stated that Yemen was unable to take any precautions against the outbreak of the coronavirus, increasing concerns as to what may happen in the case of an outbreak. The NRC warned that “any outbreak could have catastrophic consequences.” Similarly, the U.N. humanitarian coordinator in Yemen, Lise Grande, said that most of the Yemenis were in a “very degraded health status."

“There were not sufficient supplies, capabilities, facilities. If the virus spreads the impact will be catastrophic," she warned.