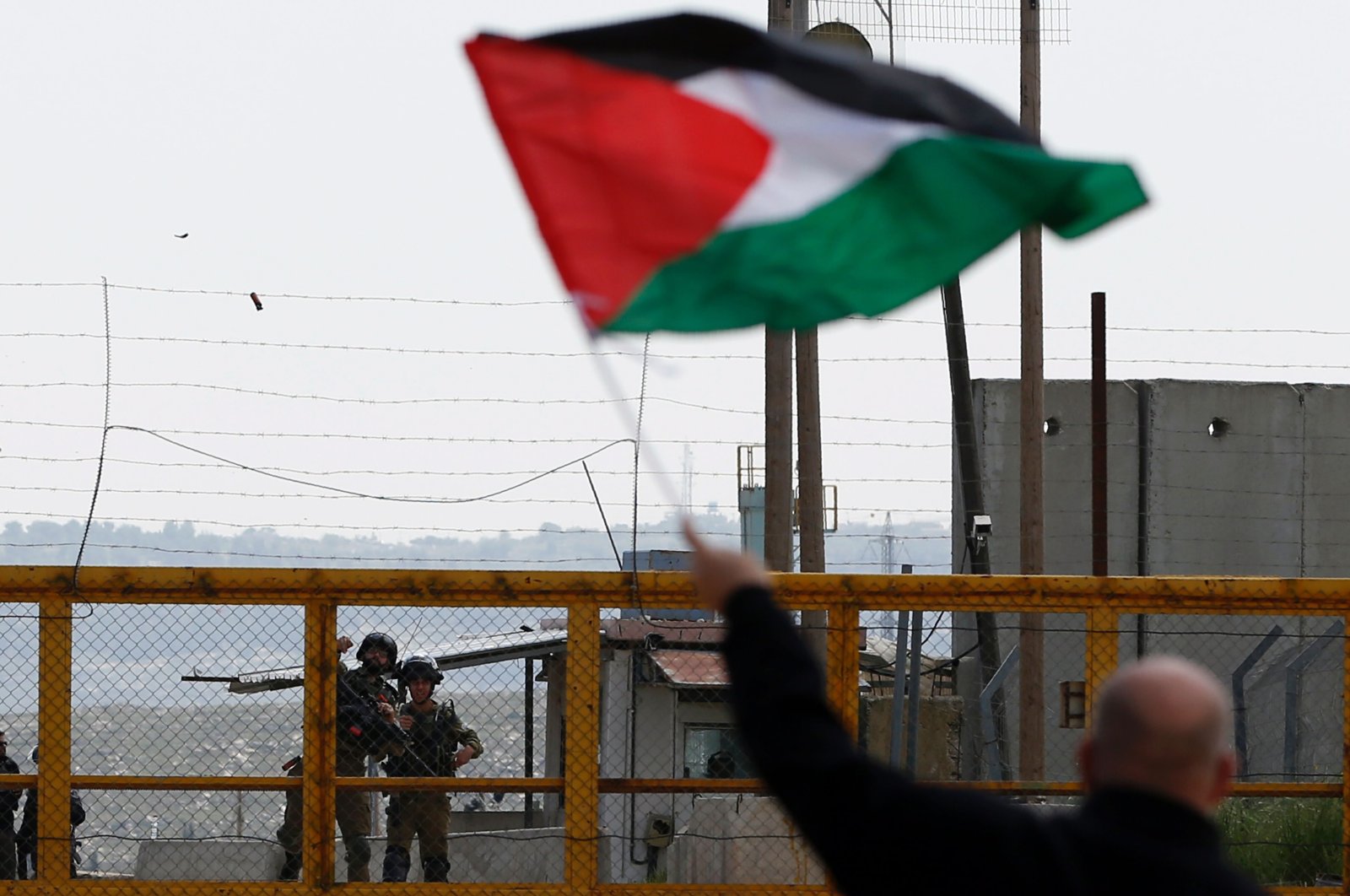 A Palestinian protester waves his national flag in front of Israeli security forces outside the compound of the Israeli-run Ofer prison near Betunia in the Israeli-occupied West Bank, March 30, 2016. (AFP Photo)
by Daily Sabah with AA Mar 16, 2020 11:32 am
RECOMMENDED

As a state of emergency continues in the occupied West Bank and Israel in the wake of the coronavirus pandemic, concerns have been raised over the conditions of Palestinians held in Israeli prisons, where many inmates are subjected to torture and a lack of medical care.

The fears of an outbreak in the prisons were compounded by reports that an inmate at the Ashkelon prison was removed as a precaution after being examined by an Israeli doctor who suspected him of being infected with COVID-19.

According to the Palestinian Prisoner Society (PPS), 19 out of 35 prisoners detained with the inmate in the same department were immediately isolated Friday. "We have official confirmation from the lawyers that the isolation has ended and the situation is stable there," Amani Sarahneh, a spokeswoman for the PPS, told Anadolu Agency on Monday. "However, we are still concerned about the situation in the prisons because of the lack of precaution measures there," she added.

At Jerusalem's al-Maskobiya prison, Israeli authorities have isolated 100 prisoners after an officer was suspected of contracting the virus. Authorities told a PPS lawyer that the quarantine has ended as the tests were negative, Sarahneh said.

According to Palestinian figures released last year, some 6,500 Palestinians continue to languish in Israeli detention facilities. Around 500 were detained under the so-called administrative detention laws. The figures also show that 700 detainees suffer from chronic diseases, which need urgent medical treatment and intensive follow-up, while 26 have cancer.

Israel's perpetual violations of Palestinians' basic rights in its prisons, including torture, repression and assaults have long been under the spotlight. Last month, Israel's detention authority decided to reduce rations of bread, water and meat for Palestinian prisoners, exposing once again the ongoing systematic violations of human rights in Israeli jails.