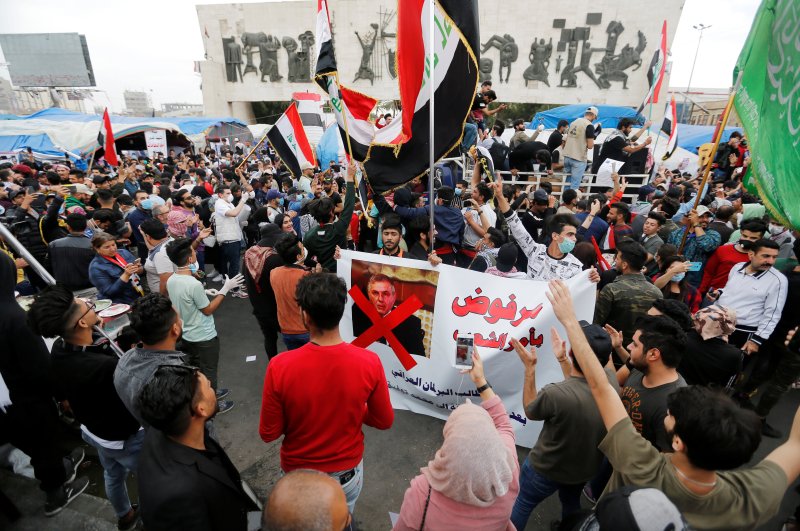 Iraq's divided parliament postponed a vote of confidence in prime minister-designate Mohammad Allawi's government for a third time Sunday for a lack of quorum, prolonging a political vacuum.

Parliament speaker Mohammed Halbusi did not schedule a new date for the session but noted that a constitutional deadline for the vote would expire on Monday.

On Sunday, only 108 lawmakers out of a total of 329 attended the special session, which had already been delayed twice last week for lack of a quorum. Government officials say Allawi’s cabinet selection was heavily influenced by renegade Shiite cleric Moqtada al-Sadr, who has gained from the general chaos in Iraq after the U.S. killed a senior Iranian commander in Baghdad in January. Sunni and Kurdish political groups who stood to lose portfolios in a cabinet of ostensible independents have vehemently opposed Allawi’s choices.

Lawmakers had already on Thursday failed to agree on a new government, prolonging deadlock and delaying attempts to resolve unprecedented mass unrest and stalling the country’s recovery from years of war. Political infighting and alleged widespread corruption have crippled Iraq’s efforts to recover from two U.S. invasions, sanctions and the war to defeat Daesh in 2017.

Nominated on Feb. 1 to replace Adel Abdul-Mahdi who stepped down in December, Allawi must get parliament to approve his cabinet in a confidence vote; otherwise, President Barham Salih has said he will designate a new premier unilaterally.

According to political sources, the president intends to propose intelligence chief Mustafa al-Kazimi.

Anti-government demonstrators rallied in Baghdad and southern hotspots on Sunday to press for a government of technocrats not beholden to political parties or foreign interests, said an AFP correspondent.

Demonstrators who have remained mobilized since October have rejected the choice of Allawi for premier, saying he is too close to the elite against which they have protesting.