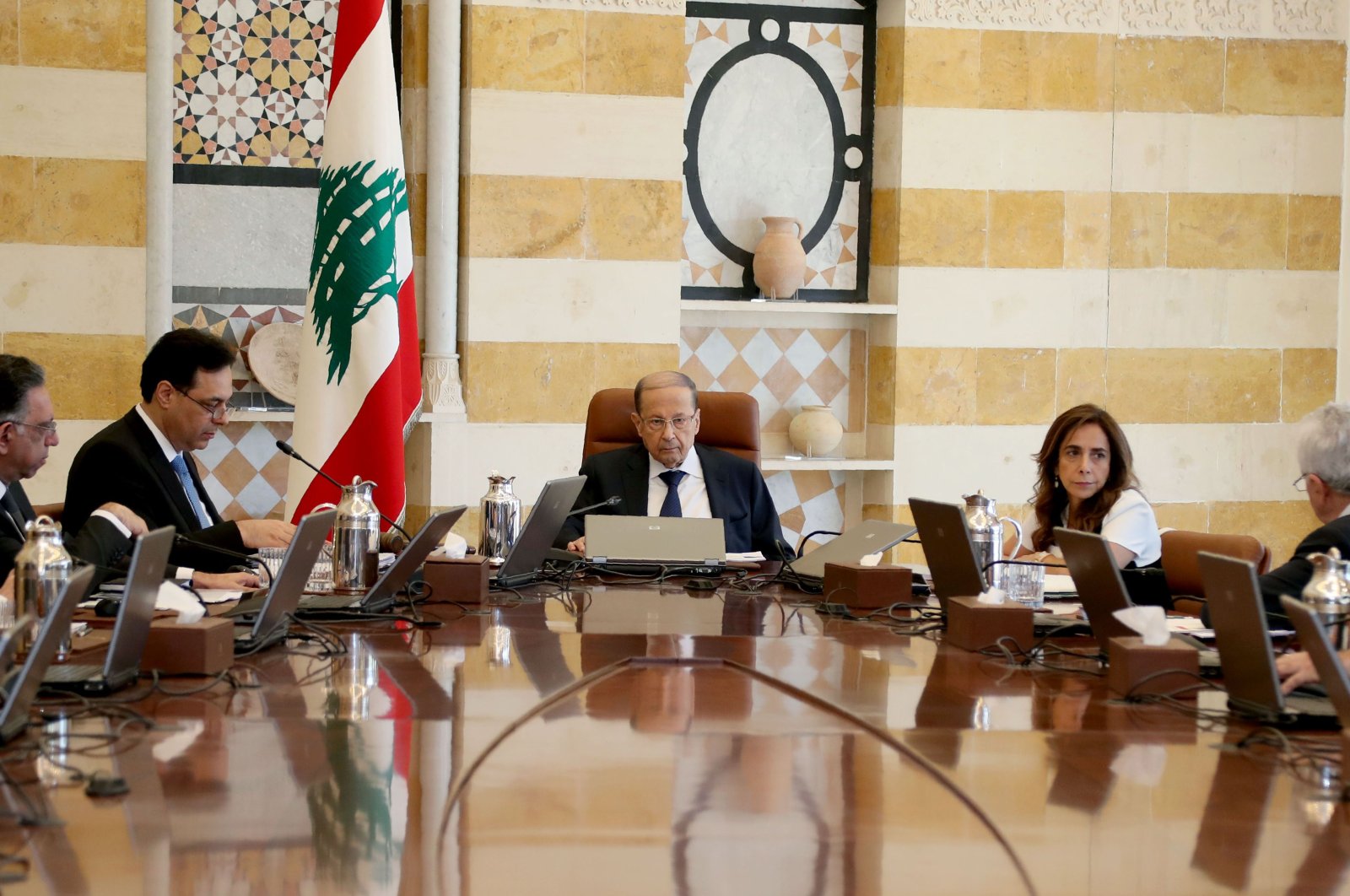 Lebanon's President Michel Aoun (C) heading a ministerial council at the presidential palace in Baabda, east of the capital Beirut on March 7. The government formed in January inherited a disastrous economic situation and faces an impossible balancing act between the traditional powerbrokers who voted it in and a street that wants all of its ruling elite out. Lebanon must decide whether to repay $1.2 billion in Eurobonds due on March 9. AFP Photo
by Daily Sabah with AFP Mar 07, 2020 6:36 pm

Lebanon appeared Saturday to be heading toward its first debt default as top officials indicated that they were against repayment of an upcoming bond amid a spiraling financial crisis.

The country, hit by a severe liquidity crunch and months of anti-government protests, was due to decide Saturday whether to repay a $1.2 billion Eurobond maturing on March 9.

The president, prime minister and senior finance officials "agreed to support the government in any decision regarding debt management, with the exception of a payment of debt maturities," the presidency said in a statement.

The dollar crisis has shaken the confidence in the country’s banking system that has been a cornerstone of post-war stability. The banks played an important role in sucking dollars from the huge Lebanese diaspora and feeding them into financing Lebanon’s current account deficit.

Lebanon’s central bank has used high interest rates to attract dollars from commercial banks and keep government finances afloat. The country has one of the world’s highest public debt burdens.

With a more than 150% debt to gross domestic product (GDP) ratio, Lebanon is the third-most indebted country in the world after Japan and Greece. Interest payments account for almost half of government revenues, crippling public finances.