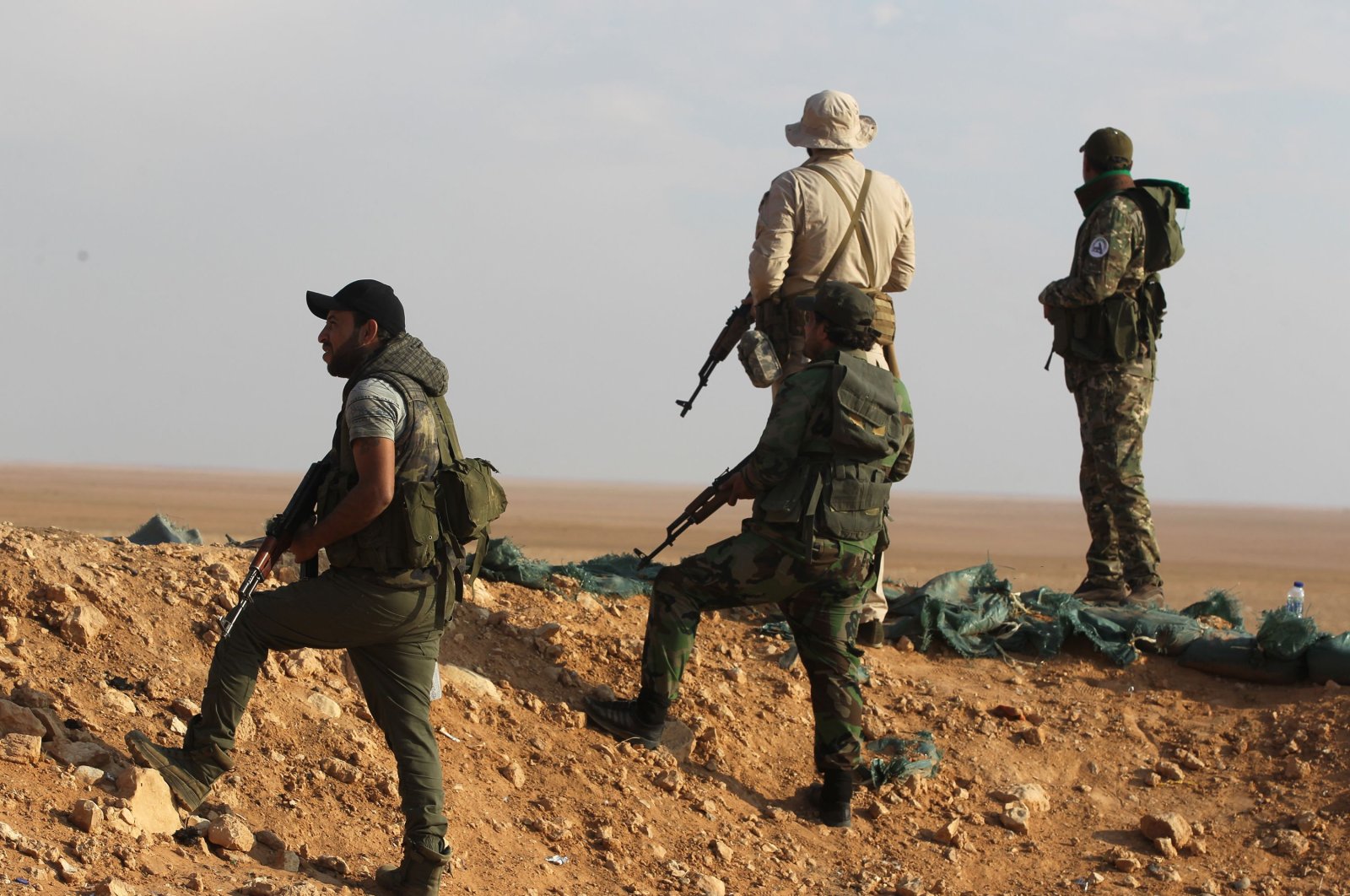 Fighters from the Popular Mobilization Forces secure the Iraqi-Syrian border in al-Qaim in the Anbar province, Iraq, Nov. 12, 2018. (AFP Photo)
by ASSOCIATED PRESS May 02, 2020 2:15 pm
RECOMMENDED

Daesh militants killed at least 10 Iraqi militiamen in a coordinated assault overnight near the central city of Samarra, security officials said Saturday, adding to concerns the terrorist group that once controlled large areas of the country is staging a comeback.

The military and the Popular Mobilization Forces, an umbrella group of mostly Shiite militias allied with the government, confirmed the attack in separate statements. It was the deadliest of a series of attacks in recent weeks that come as authorities are grappling with a worsening economic crisis and trying to contain a coronavirus outbreak.

Iraq declared victory over Daesh in December 2017 after a costly three-year campaign. At its height, the group controlled around a third of Iraq and neighboring Syria.

In recent months, remnants of Daesh have exploited security gaps resulting from a territorial dispute between Iraq's central government and the autonomous Kurdish region in the north, as well as the withdrawal of United States forces in a planned drawdown.

Last week a suicide bomber targeted an intelligence office in the northern city of Kirkuk, wounding at least three security forces in the first such attack in months.

The coordinated attack occurred around 60 miles (95 kilometers) north of the capital, Baghdad.