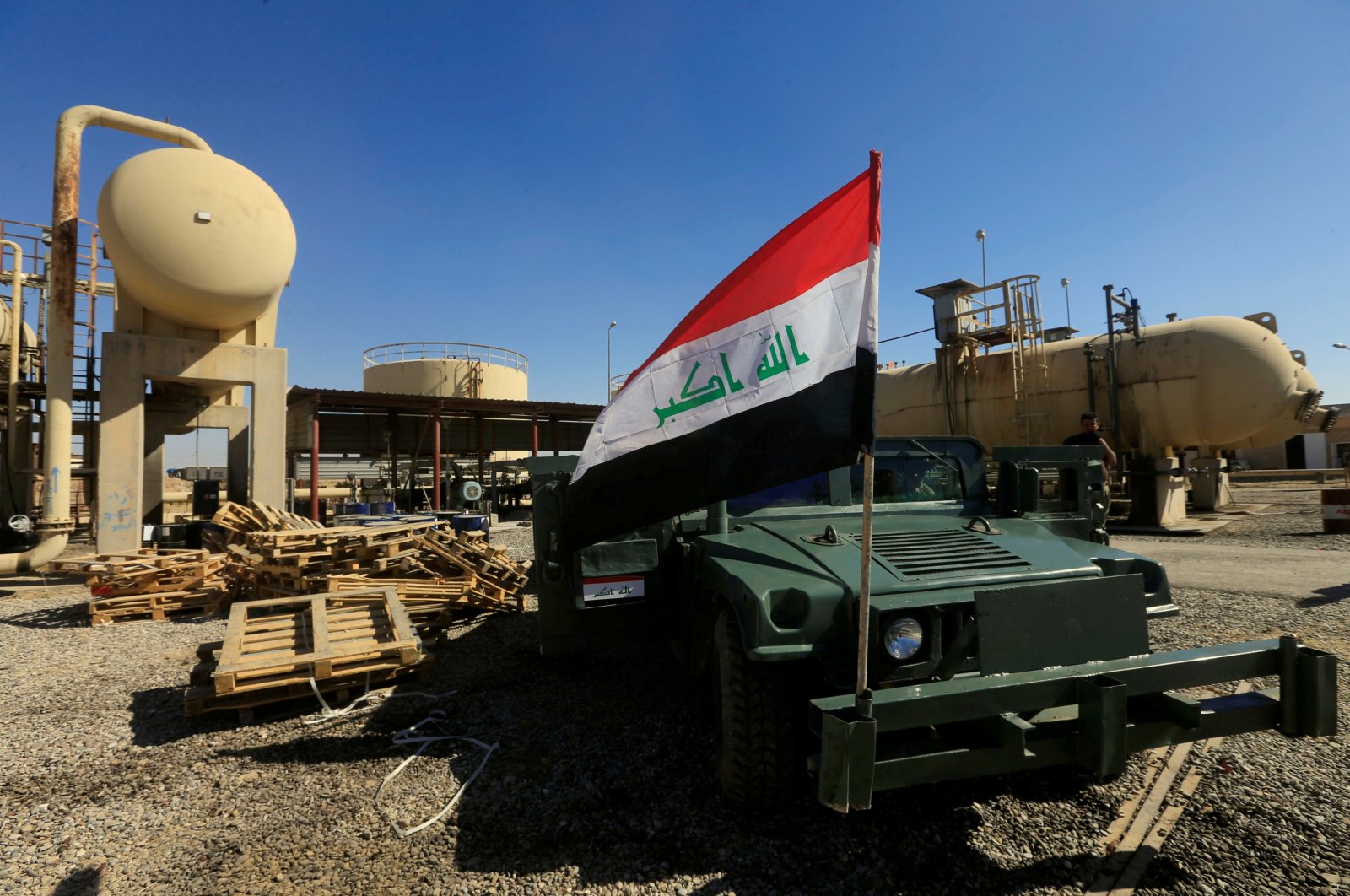 A vehicle belonging to Iraqi security forces is seen in this undated photo, in Baghdad, Iraq. (Reuters File Photo)
by Anadolu Agency May 07, 2020 2:59 pm
RECOMMENDED

The Daesh terrorist group has increased its attacks in Iraq, especially in rural areas, amid political instability and security weaknesses in the country as well as the United States-led coalition forces' withdrawal due to the coronavirus outbreak.

Daesh has been trying to strengthen its operational capability in rural areas since mass protests against the Iraqi government erupted in October in the capital Baghdad and southern provinces.

Iraq has been roiled by mass protests since early October over poor living conditions and corruption, forcing Prime Minister Adel Abdul-Mahdi to resign.

Abdul-Mahdi's resignation on Dec. 1, the subsequent government crisis and divisions among Iraqi political parties have paved the way for the terror group to expand its activities across the country.

The curfew imposed across Iraq due to COVID-19, the U.S.-led international coalition forces' suspension of their activities in the region for two months and the U.S. withdrawal from six military bases in Iraq have enabled Daesh to increase its mobility and capability for conducting terrorist attacks.

Iraq's Health Ministry said Wednesday that the death toll from COVID-19 increased to 102. A total of 2,480 cases were confirmed while 1,602 people recovered from the virus.

Daesh operates in areas that have security gaps after coalition forces halted their logistics and intelligence support to the Iraqi government, Adnan Nime, a retired soldier and security expert, told Anadolu Agency (AA).

The lack of solidarity between the central government and Iraq's Kurdish Regional Government (KRG) and the subsequent security gap also created a suitable space for the organization.

"The organization is not strong enough to engage in serious combats anymore and also fails to recruit militants due to insufficient financial resources and social exclusion," said Tahsin Khafaji, a spokesperson for Iraq's Defense Ministry.

The Daesh terrorist group aims to improve the morale of its operatives by increasing its terrorist attacks, Khafaji stressed.

A total of 170 civilians and security officials have lost their lives in the first four months of 2020 due to Daesh attacks and other acts of violence, the Iraqi Defense Ministry said in an April statement.

Recently, the number of attacks on security forces in Kirkuk, Mosul, Anbar, Salahuddin and Diyala provinces have increased considerably.

In late 2017, officials in Baghdad declared that the military presence of Daesh in Iraq had been all but destroyed. But the terrorists still have a presence in the rural areas of Anbar, Diyala, Kirkuk, Salahuddin and Mosul. The Iraqi army continues to carry out frequent operations against the group in these parts of the country.