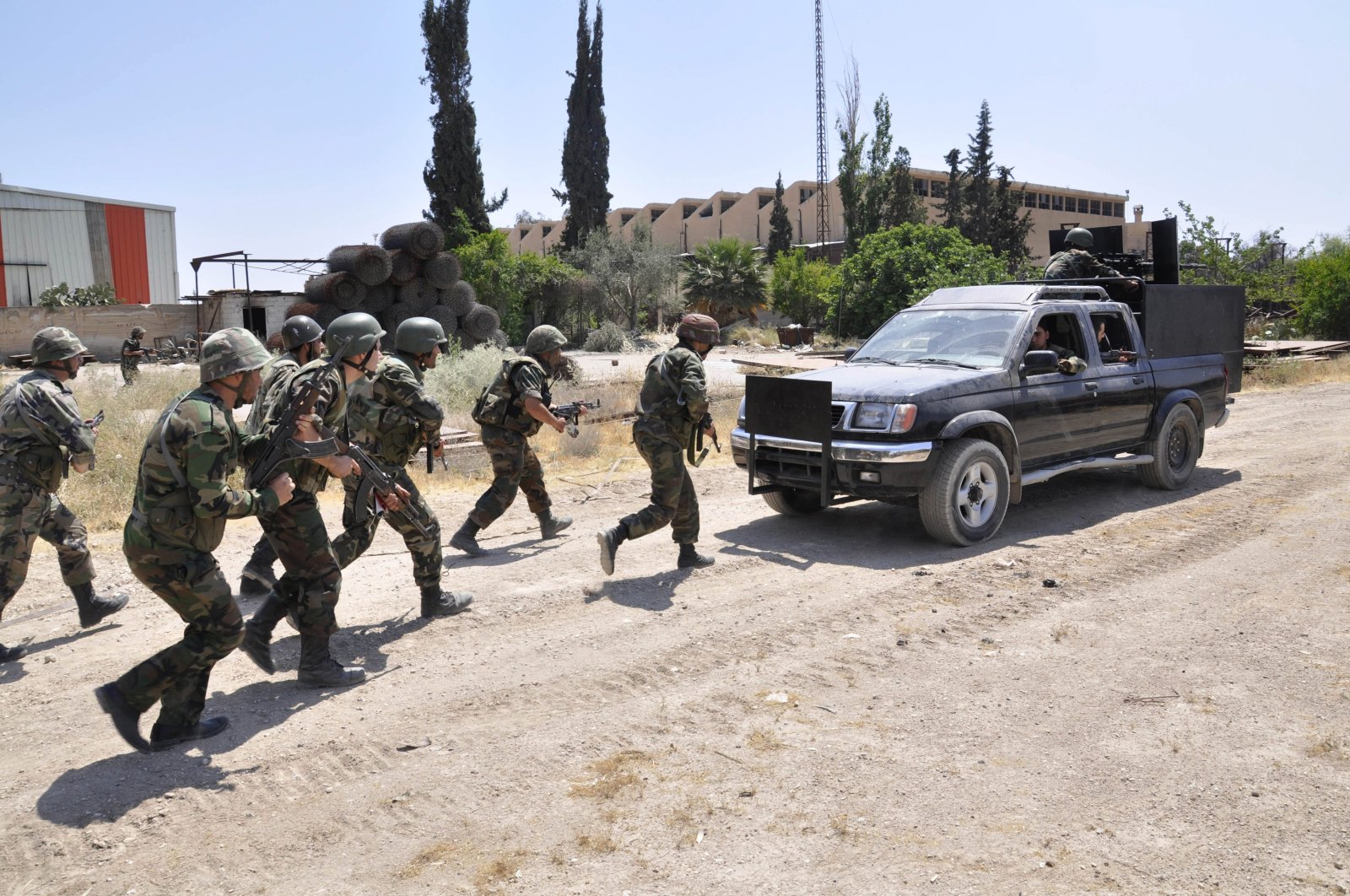 In this file photo released on Sunday, May 26, 2013, by the Syrian official news agency SANA, Syrian forces loyal to Bashar Assad take their position during clashes in Aleppo, Syria. (AP Photo)
by French Press Agency - AFP May 07, 2020 5:44 pm

At least 11 Assad regime and allied fighters were killed Thursday in an attack carried out by Daesh terrorist group in Syria's Deir el-Zour, a monitoring group said.

The fighters died in an attack on their vehicle between al-Sokhna and al-Shula in the area straddling Homs and Deir el-Zour provinces, the Syrian Observatory for Human Rights said.

Rami Abdel Rahman, the head of the U.K.-based monitoring organization, could not immediately provide further details but warned that the casualty toll could rise.

There was no immediate claim from Daesh terrorists, who lost all territory last year but has continued to conduct frequent guerrilla-style attacks in eastern Syria.

At least 27 regime and allied fighters were killed in an attack by the terrorist group in the same desert area a month ago.

Daesh has also carried out deadly attacks in Iraq in recent weeks.

Observers have warned that border closures and mobilization of security resources due to the coronavirus pandemic could give rise to a surge in Daesh attacks.

The terrorist group, which once administered a proto-state the size of Great Britain, no longer has fixed positions, but it still has hundreds of fighters hunkered down in desert hideouts.