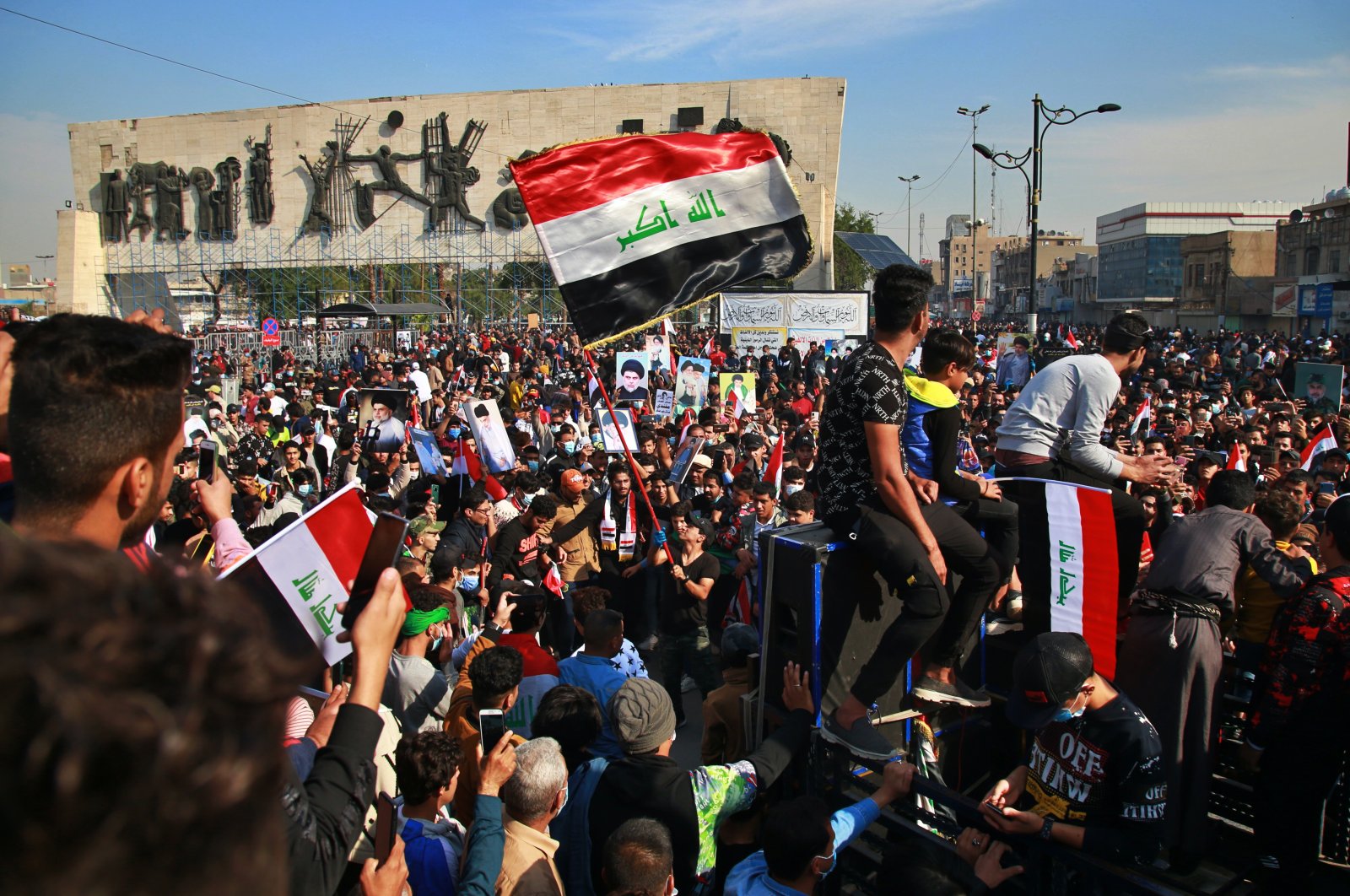 Thousands of Iraqis – most of them not wearing protective masks – took to the streets in Baghdad on Friday in a show of support for a controversial Iraqi cleric ahead of elections next year, stirring fears of a spike in coronavirus cases.

Supporters congregated in the capital's Tahrir Square, once the epicenter of mass anti-government protests, to show their support for al-Sadr, who leads a powerful political bloc, ahead of federal elections slated for next June.

According to Associated Press (AP) most of populist Shiite cleric's followers stood unmasked in the square, chanting: "Yes, yes for our leader,” in support of the firebrand cleric as Iraq remains a high-risk country for coronavirus infection.

The crowd then stood side-by-side for Friday prayers at noon. More than 12,000 people have died of the virus in Iraq amid 544,000 confirmed cases, according to Health Ministry figures.

Daily infection rates average 2,400 cases per day, but health workers say the number may be higher as many Iraqis with symptoms choose to stay home and avoid hospitals to get tested. Iraq has the second-highest outbreak and number of deaths in the region after Iran.

Al-Sadr leads the Sairoon political bloc, which holds the majority in parliament. He has taken steps in preparation for elections scheduled for June next year. His followers called for a demonstration in support of the leader's call for mass participation in the vote.

"The Iraqi people and al-Sadr's followers will have one saying, and that is: Yes yes for Iraq," said Ibrahim al-Jabiri, director of al-Sadr's office north of Baghdad.

Prime Minister Mustafa al-Kadhimi called for elections to take place next June, a year earlier than expected. That was a key demand of anti-government protesters who paralyzed Iraq's streets when tens of thousands demonstrated last October.

The elections will take place under a new law approved by lawmakers this year that theoretically will enable more independent candidates to run. Iraq's electoral commission has said it is prepared to hold early elections on time if the government allocates a budget for the vote.