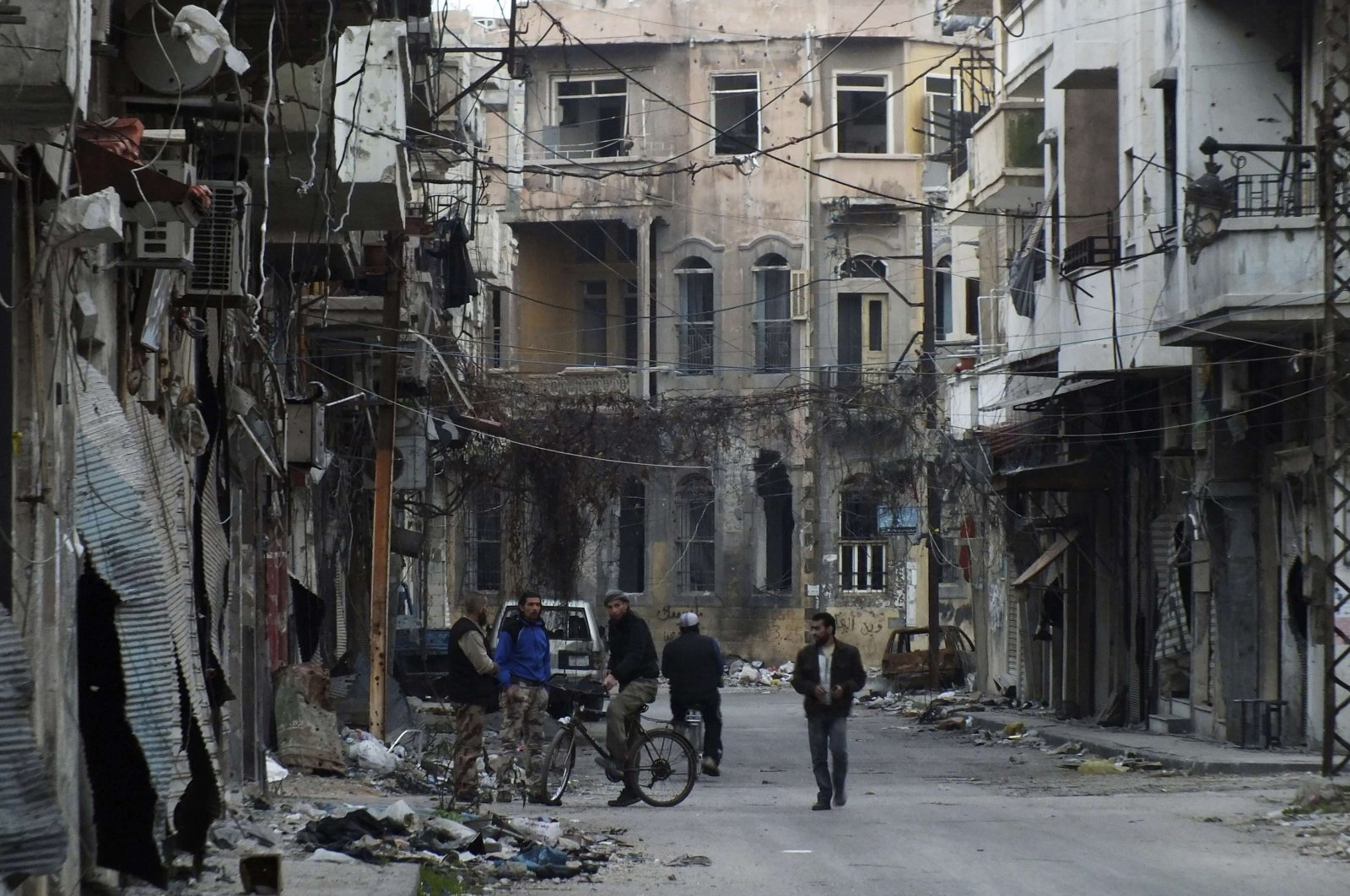 Accusations of mistreatment and torture against the innocent population in Syria once again took the agenda as human rights advocates blamed Syrian forces for exposing people to abuses in regime-controlled territories.

The allegations of torture by Syrian forces emerged after people from the besieged Rukban camp on the Jordanian border were transferred to government-controlled areas.

The United Nations, in collaboration with the Syrian Arab Red Crescent (SARC), has begun transferring displaced Syrians living in the desperate Rukban camp to regime-ruled Homs. According to the critics, people in Homs face the risk of human rights violations and brutality.

Although the operation is based on the voluntary registration of people who want to leave the camp, the Syrian Association for Citizen's Dignity (SACD) said it was "saddened" by the U.N.'s role in the displacement. The people's willingness to leave the camp was artificially motivated by the Syrian regime. After gaining backing from its ally Russia, it blocked humanitarian aid into the camp two years ago. The move triggered mass relocation, with 21,000 people leaving the Rukban camp due to a lack of essential necessities. Some 12,000 people are believed to be still staying in the camp in poor conditions with no food or water.

SACD spokesperson Haya Atassi told the Qatar-based media outlet that the group is completely against any attempts to send Syrians back to regime areas because of the lack of safety measures and said it was "surprised the U.N. is involved in such activities in areas which are really not safe at all." "The Syrian regime is not trustworthy. We can't trust the regime with these people," she added.

At least 88 individuals have registered to leave the camp within the framework of the U.N.-supported mission, according to the U.N. Office for the Coordination of Humanitarian Affairs (OCHA) spokesperson Danielle Moylan.

"On Sept. 11, a convoy of five trucks entered Rukban with the sole purpose to support these registered families to voluntarily leave Rukban with their belongings," Moylan told Al-Jazeera. "However, while inside Rukban, a small group of individuals obstructed the convoy and assaulted a driver. As a result, the mission was canceled, and the convoy immediately departed Rukban," she explained.

According to media reports, there have been protests in the Rukban camp against the entry of transfer trucks as many Syrians bear the fear of a "criminal regime who still kills civilians and treats them brutally."

"I am one of those people who would never return to areas under (Bashar) Assad's control, no matter how bad my situation gets," a 28-year-old Rukban camp resident told Al-Jazeera. "I will never return to an area ruled by the criminal regime who still kills civilians and treats them brutally."

Critics of Assad's violent policies against Syrians say that his regime centers in Homs are more like places of detention, where people are interrogated and sometimes forcibly disappeared. Prominent human rights group Amnesty International said earlier in September that returnees face "risk of arbitrary detention, enforced disappearance and torture, and other ill-treatment, including sexual violence." The organization urged the U.N. and SARC to suspend "plans to transfer refugees from Rukban camp back to Syria."

"Our research shows that the Syrian authorities have specifically targeted returnees from Rukban, accusing them of 'terrorism' before subjecting them to serious human rights violations," Marie Forestier, Researcher of Refugee and Migrant Rights at Amnesty International, said in the Sept. 10 report.

SACD also recorded the detention of 174 people who were sent to "terrorism" courts after their relocation from Rukban to the Homs centers, despited pledges by Russia and the Syrian regime.

"We think the U.N. in Syria is failing to properly inform Syrians of the situation and their activities in returning Syrians," Atassi said, adding that it seems the Assad's regime "really enjoys humiliating" opposition areas and civilians who previously criticized it.

"The research shows a pattern with which the regime treats people coming back from Rukban. These people are not coming back to their homes; they're going to their death," said Atassi.

"We assess this figure of 350,209 as statistically sound, based as it is on rigorous work," said U.N. High Commissioner for Human Rights Michelle Bachelet in Geneva. "But it is not – and should not be seen as – a complete number of conflict-related killings in Syria ... It indicates a minimum verifiable number and is certainly an undercount of the actual number of killings."

As the Assad regime maintains control over 70% of Syria's territory, an area home to about 40% of the population, The Syrian Observatory for Human Rights asserted that 500,000 people have been killed in the war and that it is examining a further 200,000 cases. Bachelet indicated that one in every 13 victims was a woman or a child.

"It is very difficult to give a statistic that is close to reality," director of the U.K.-based group Rami Abdurrahman told Reuters in Beirut. "There are a lot of names, and there has to be documentation to make sure," he added.