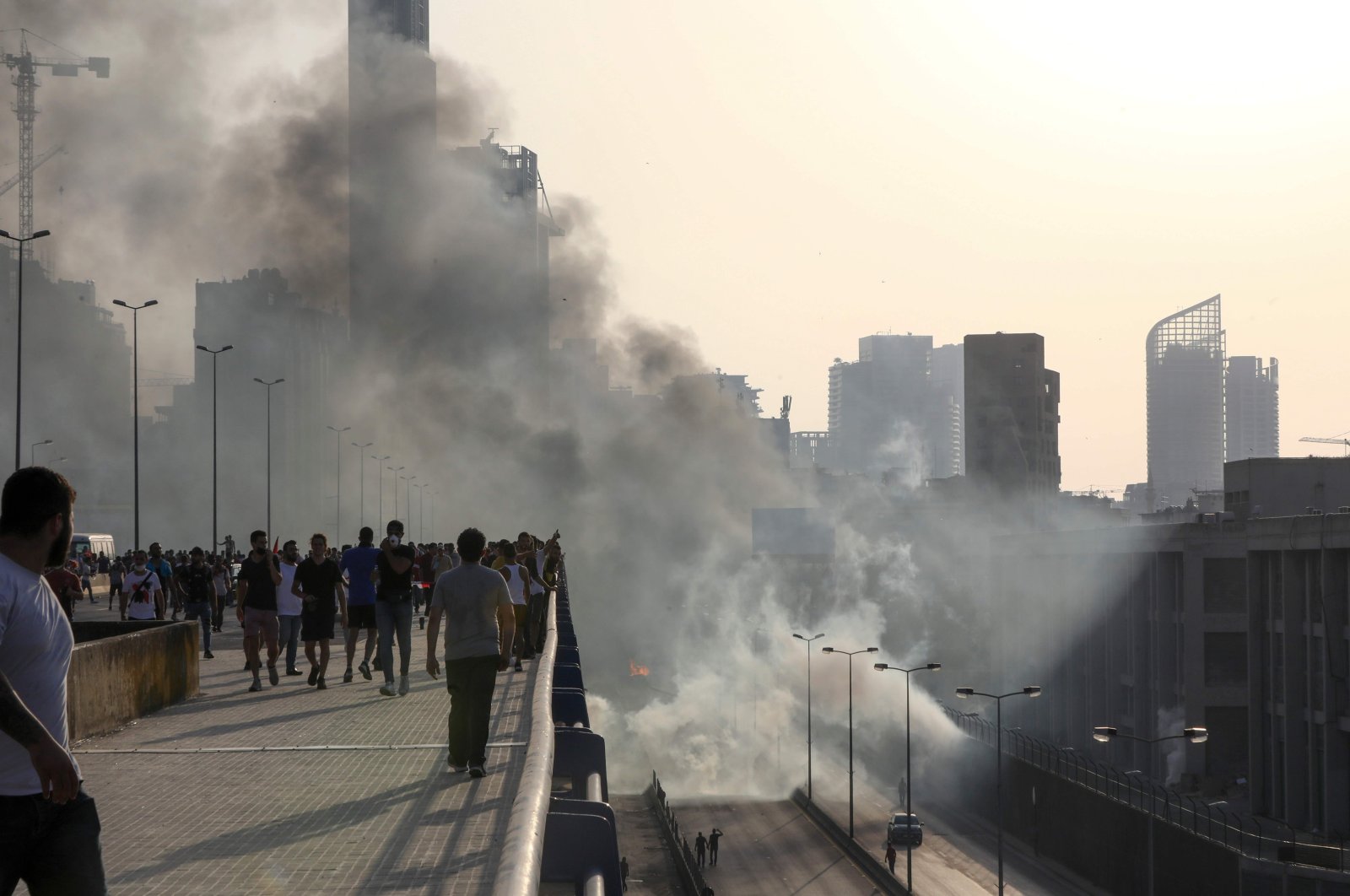 Protesters poured into the streets of the Lebanese capital Saturday to decry the collapse of the economy, as clashes erupted between supporters and opponents of the Iran-backed Shiite group Hezbollah.

Hundreds filled the streets in and around the protest hub of Martyrs Square in the centre of Beirut, with skirmishes also between protesters and security forces, who fired tear gas.

Forty-eight were wounded in the violence, 11 of whom were hospitalized, while the rest were treated at the scene, the Lebanese Red Cross said.

It was the first major anti-government rally attracting demonstrators from across the country since authorities relaxed a lockdown imposed in mid-March to fight the spread of the coronavirus.

"We came on the streets to demand our rights, call for medical care, education, jobs and the basic rights that human beings need to stay alive," said 21-year-old student Christina.

Many protesters wore face-masks as part of hygiene measures imposed to fight the pandemic, which has severely exacerbated an economic crisis, the worst since the debt-burdened country's 1975-1990 civil war.

But Saturday's protest turned violent as supporters of Hezbollah clashed with some demonstrators who were demanding that the group disarm.

Hezbollah is the only group to have kept its weapons since the end of the Lebanese civil war, deeply dividing Lebanon along political lines.

"No to Hezbollah, no to its weapons," said a sign held up by Sana, a female protester from Nabatiyeh, a city in southern Lebanese, a Hezbollah stronghold.

"Weapons should be only in the hands of the army," said the 57-year-old.

Supporters and opponents of Hezbollah threw stones at each other prompting the army to intervene by forming a human chain to separate them, an Agence France-Presse (AFP) photographer said.

Supporters of Hezbollah, which is also represented in the government and parliament, chanted: "Shiite, Shiite."

Security forces fired tear gas near a street leading into the parliament building behind Martyrs Square, after some demonstrators pelted them with stones and ransacked shops in the area.

Some protesters set fire to garbage bins as anti-riot police advanced toward them.

Lebanon has been rocked by a series of political crises in recent years before an economic crunch helped trigger unprecedented cross-sectarian mass protests in October.

The demonstrations forced the government to resign and a new one headed by Prime Minister Hassan Diab was approved by parliament in February, tasked with launching reforms and combatting corruption.

But many Lebanese say the new administration has failed to find solutions to the country's manifold problems, including a grinding recession and spiraling inflation.

The local currency has lost more than half of its value on the black market in recent months, falling from the official rate of 1,507 to more than 4,000 pounds to the dollar. Banks have gradually stopped all dollar withdrawals.

A sign held aloft by protesters on Saturday called for "a government that eliminates corruption, not one that protects corruption."

More than 35% of Lebanese are unemployed, while poverty has soared to engulf more than 45% of the population, according to official estimates.

Lebanon is also one of the world's most indebted countries with a debt equivalent to more than 170% of its gross domestic product (GDP). The country defaulted on its external borrowing for the first time in March.

Diab's government adopted an economic recovery plan in April and has begun negotiations with the International Monetary Fund, in a bid to unlock billions of dollars in aid.