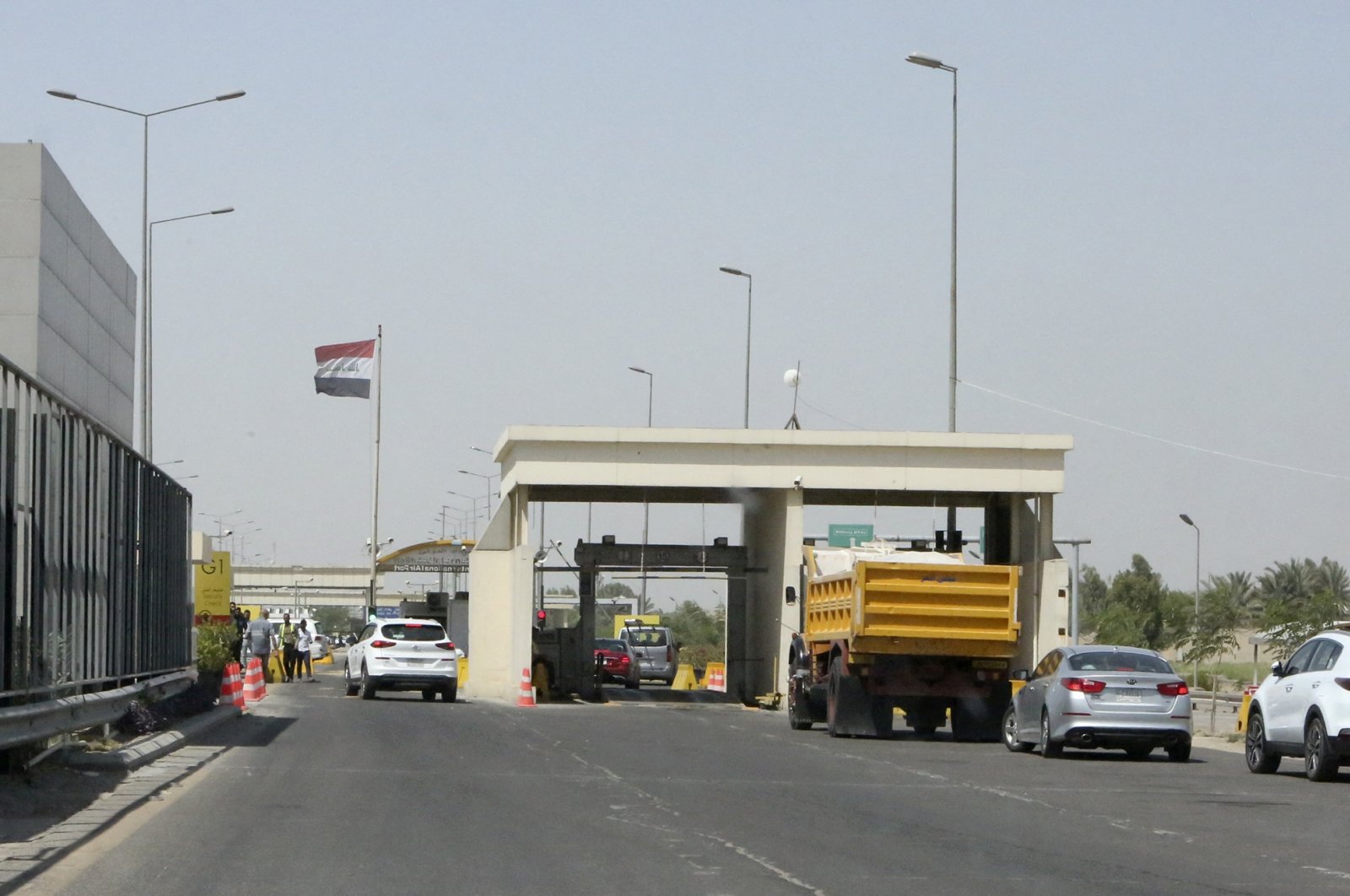 Traffic backs up at the entrance to the Baghdad International Airport, one day after a booby-trapped drone struck the airport area, in the capital Baghdad, Iraq, June 10, 2021. (AFP Photo)
by DAILY SABAH WITH AA Jun 14, 2021 11:08 am
RECOMMENDED

Some buildings were targeted while no casualties were reported. No group has claimed responsibility for the attack.

The airport, which also houses a U.S. military base, has been targeted by several rocket attacks in the past.

"An outlawed group on Wednesday night targeted the Baghdad International Airport with three drones," according to a ministry statement. One of the drones was downed, the statement added.

Two drones fell inside the airport compound without causing any human or material damages, a security source told Anadolu Agency (AA) on condition of anonymity due to restrictions on speaking to the media. Washington accuses Iran-linked militias of being behind the attacks that target American interests in Iraq. The incident came shortly after another rocket attack on Wednesday evening on the Balad Air Base, north of Baghdad.

Rocket attacks have frequently targeted the U.S. presence in Baghdad, including the U.S. Embassy, as well as convoys ferrying materials for the U.S.-led coalition. The frequency of attacks diminished late last year ahead of U.S. President Joe Biden’s inauguration, though now Iran is pressing America to return to Tehran's 2015 nuclear deal. Currently, there are around 3,000 foreign troops, including 2,500 U.S. forces, fighting in the anti-Daesh coalition in Iraq.