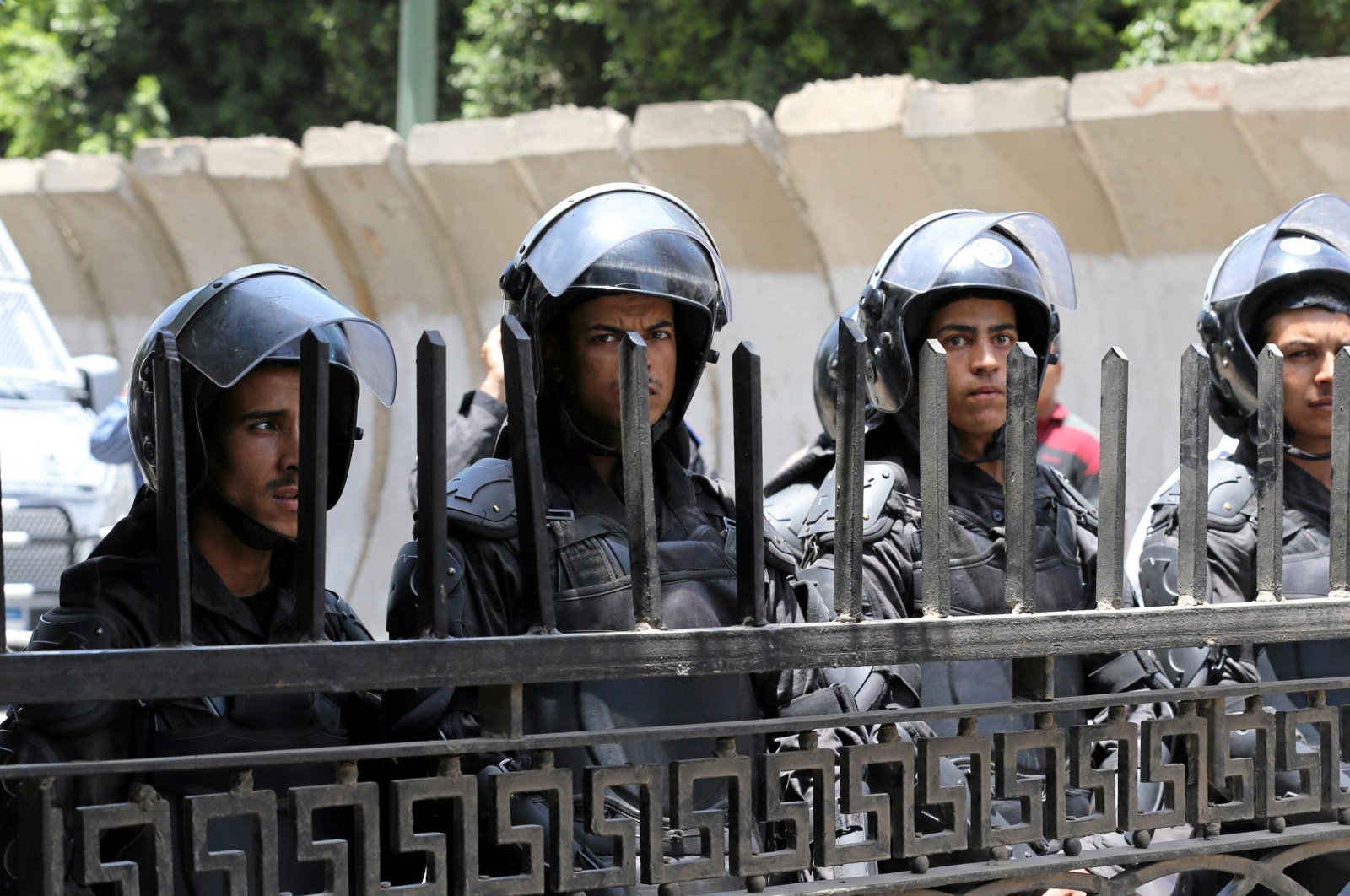 Riot police stand in front of parliament as high school students take part in a protest against the cancellation and postponement of exams after a series of exam leaks, in Cairo, Egypt, June 27, 2016. (Reuters Photo)
by Agencies
Nov 20, 2020 3:05 pm

A prominent Egyptian rights group said Thursday its director has been arrested days after two of its other employees were taken into custody for charges that include joining a terrorist group.

"Gasser Abdel Razek was detained by security forces from his home in Maadi and taken to an unknown location," the Egyptian Initiative for Personal Rights (EIPR) tweeted late Thursday.

The arrests of the rights workers come after they met with envoys from Germany, France, Italy, Spain, the Netherlands and other countries this month. In the meeting, they discussed ways to improve Egypt's human rights record, according to The Associated Press (AP).

The EIPR said that its executive director had been taken from his home in Cairo to an undisclosed location. Karim Ennarah, director of criminal justice at the group, was also arrested Wednesday while on vacation in the Red Sea resort of Dahab in South Sinai. Three days before security forces detained Mohamed Basheer on charges that included "joining a terrorist group" and "spreading false news."

According to Reuters, Basheer was questioned by the Supreme State Security Prosecution (SSSP) about the organization's work and a visit earlier this month to its Cairo office "by a number of ambassadors and diplomats" to discuss human rights. The EIPR said that Basheer was placed in pretrial detention for 15 days and will be questioned at a later date, underlining that pretrial detention can last up to two years under Egyptian law, but the period is often extended.

On Thursday, the state security prosecutor ordered the detention of Ennarah for 15 days pending investigations of charges related to terrorism.

Amnesty International denounced Ennarah's arrest as a "chilling escalation of the Egyptian authorities' crackdown on civil society," while rights groups estimated that some 60,000 detainees in Egypt are political prisoners, according to an Agence France-Presse (AFP) report.

Egyptian Foreign Ministry spokesperson Ahmed Hafez said in a statement that the EIPR’s work is illegitimate as it is registered as a firm, not a nongovernmental organization.

The arrests are the latest in a yearslong crackdown by the government of President Abdel-Fattah el-Sissi on dissent. It has targeted not only political opponents but also secular pro-democracy activists, journalists and online critics.

A government media officer said he could not comment on the arrest of Abdel Razek or the others but referred to the Foreign Ministry's earlier statement. Rights observers have condemned the arrests, including the Human Rights Watch (HRW), citing the group as one of the remaining independent voices on deteriorating human rights conditions in the country.