Egypt fails to cope with COVID-19 under el-Sissi's regime 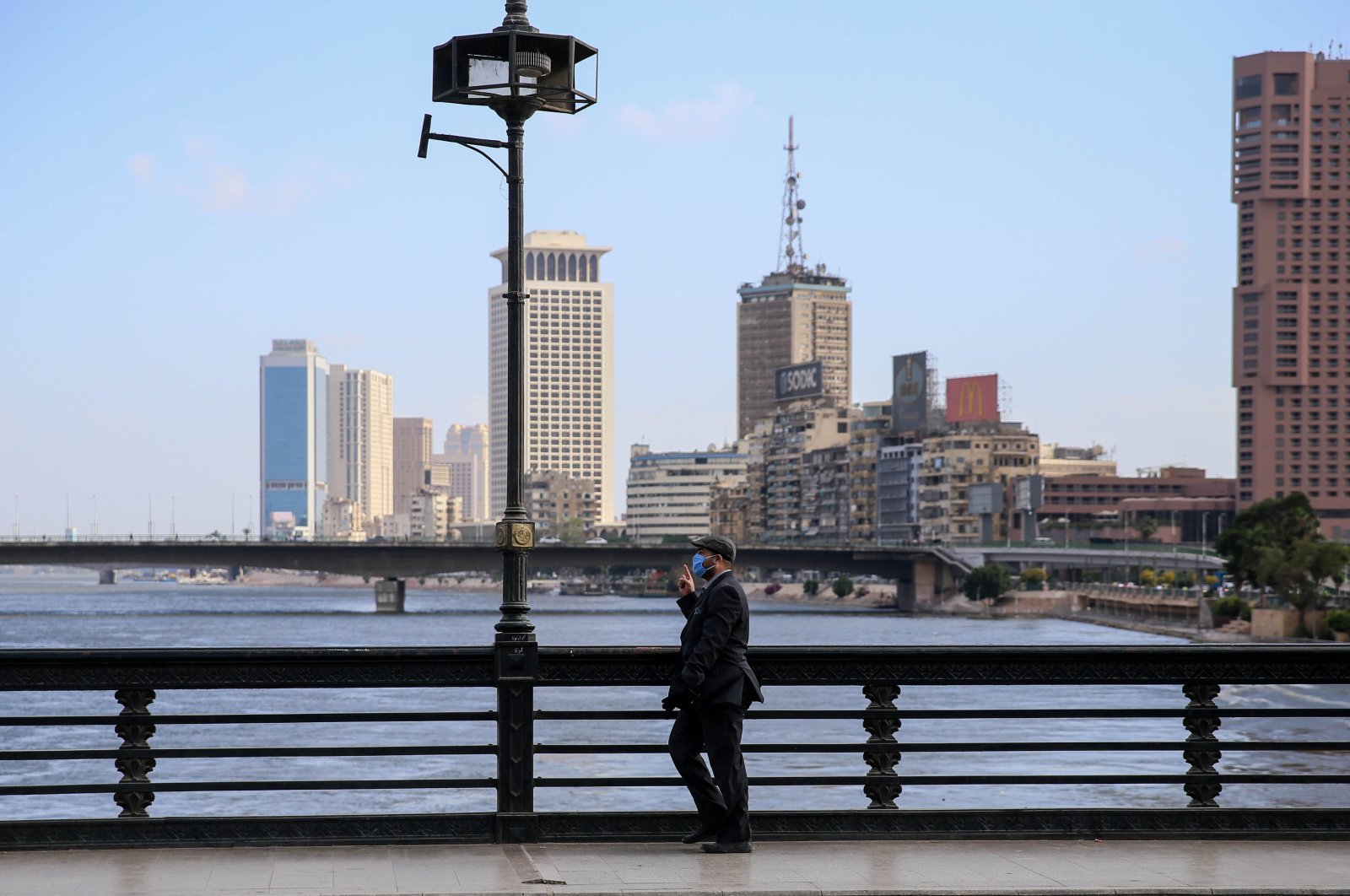 A mask-clad man walks along the Kasr el-Nil bridge connecting the island district of Zamalek to the city center of Cairo, May 24, 2020. (AFP Photo)
by Yusuf Selman İnanç May 27, 2020 1:29 pm
RECOMMENDED

The Egyptian health care system is failing to cope with the COVID-19 outbreak, and the government has been negligent because it is not taking necessary measures, both its health care workers and a leading medical association said.

Egypt has recorded 18,756 total coronavirus cases and its death toll has increased to 797, according to the Worldometers website, which has been updating information on the COVID-19 in each country. Yet, Egyptian health workers claim that the number of tests made to detect the virus is insufficient as the government has conducted only 135,000 so far in a country with a population of more than 100 million.

The Egyptian Medical Syndicate (EMS), an association with more than 230,000 members, has formally joined the criticisms, making a statement on Monday. “The syndicate is warning that the health system could completely collapse, leading to a catastrophe affecting the entire country if the health ministry's negligence and lack of action towards medical staff is not rectified,” the statement read.

It is rare that an association openly criticizes the government in Egypt as the current president, Abdel Fattah el-Sissi has established an authoritarian regime since he took over the power in 2013. “The EMS holds the health ministry entirely responsible for the mounting deaths and infections among doctors due to its negligence ... that is tantamount to death through a dereliction of duty,” the statement added. The syndicate also underlined that at least 19 doctors lost their lives due to the policies of the government, which has been refusing to take cautionary measures or to supply necessary protective materials such as masks.

Immediately following this statement, the Egyptian government was hit with another protest from health care workers. Doctors at Mourina Hospital submitted their resignations en masse as a protest against the government. Their main argument was that their lives are at risk as a 32-year-old physician, Walid Yehia, died of COVID-19 last week. Yehia’s brother said in a Facebook post that the doctor was denied access to a hospital. “His colleagues and I were with him, appealing for help, but there was zero response,” he wrote. Other doctors also claimed that Yehia was not tested for the disease, and he was not accepted into an intensive care unit. The secretary-general of the Egyptian doctor's union, Dr. Ehab Al Tahir, claimed that the government was conducting propaganda, hoping citizens would put blame on doctors: “The responsibility of the government and parliament is to meet the requirements of the health system, and we wonder where the millions of dollars meant to deal with the epidemic has been spent if you are not even able to provide protection and treatment to the doctors themselves,” he said.

Increasing authoritarianism in Egypt may be collapsing the country in several fields, from the economy to the health care system. Government dissent is rare, making it remarkable that health workers have begun uttering their voices.

The World Health Organization, along with Egyptian doctors, believes that the number of infected people is much higher, but due to the lack of testing the country's numbers remain low.