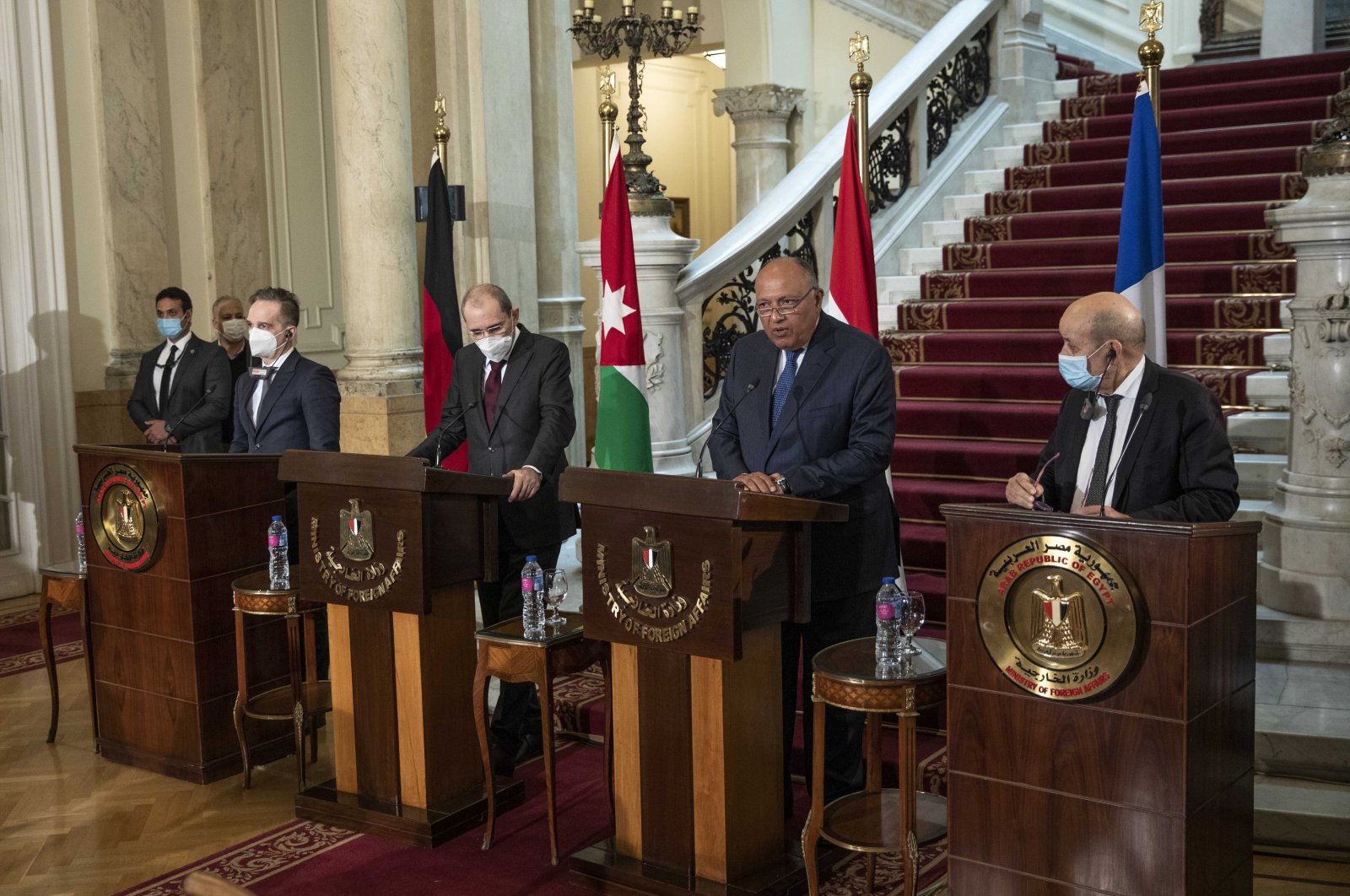 Egypt on Monday hosted the foreign ministers of Germany, France and Jordan to discuss ways to revive peace talks between Israel and the Palestinians, a week before U.S. President-elect Joe Biden takes office.

In a joint statement, the ministers called for practical steps to launch "credible negotiations” between Israel and the Palestinians on achieving a Palestinian state with east Jerusalem as its capital in territory Israel captured in the 1967 Mideast war.

The ministers said they were ready to work with the U.S. to facilitate negotiations that would lead to "a comprehensive, just and lasting peace in the region.”

"The existence of an independent and contiguous Palestinian state alongside a secure state of Israel is the main guarantee for achieving stability in our region,” he told a joint news conference after the ministers’ meeting.

The Palestinians suffered numerous setbacks under the outgoing administration of President Donald Trump and have complained about what they say were pro-Israeli steps from Washington. They have said, however, that they are ready to work with the incoming Biden administration.

Trump has sidelined the Palestinian Authority (PA), recognized Jerusalem as Israel’s capital and moved the U.S. Embassy there from Tel Aviv, slashed financial assistance for the Palestinians and reversed course on the illegitimacy of Israeli settlements on land claimed by the Palestinians.

The Egyptian leader said last month that Cairo has been working toward a two-state solution to the Israeli-Palestinian conflict, "taking into account the regional and international changes.”

He was apparently referring to Biden’s election and the establishment of ties with Israel by four Arab countries – the United Arab Emirates (UAE), Bahrain, Sudan and Morocco.

In the news conference, France’s Foreign Minister Jean-Yves Le Drian urged Israel and the Palestinians to initiate and announce their commitment to achieve a solution to the conflict and refrain from taking unilateral measures. He said such an announcement would be "a small initiative to build trust between the two parties and start consultations.”

Germany’s Foreign Minister Heiko Maas tweeted before leaving for Cairo on Sunday that the ministers would discuss "which concrete steps” could help build trust between Israel and the Palestinians.

In September, Palestinian President Mahmoud Abbas called for an international conference early in 2021 to launch a "genuine peace process,” based on the U.N. resolutions and past agreements with Israel. The Palestinians no longer see the U.S. as an honest broker.

Palestinian Foreign Minister Riyad al-Malki said last month that the PA was ready to cooperate with the incoming Biden administration and urged Israel to return to talks based on a two-state solution for the Israeli-Palestinian conflict.

For more than three decades, the Palestinians have sought an independent state in the occupied West Bank, Gaza and east Jerusalem, territories seized by Israel in the 1967 war. Israel withdrew from Gaza in 2005 but imposed a crippling blockade when the Palestinian group Hamas seized power from Abbas’ forces in 2007.

There have been no substantive peace talks between Israel and Palestine since Israeli Prime Minister Benjamin Netanyahu was first elected more than a decade ago, and the two sides are fiercely divided over the core issues of the conflict.