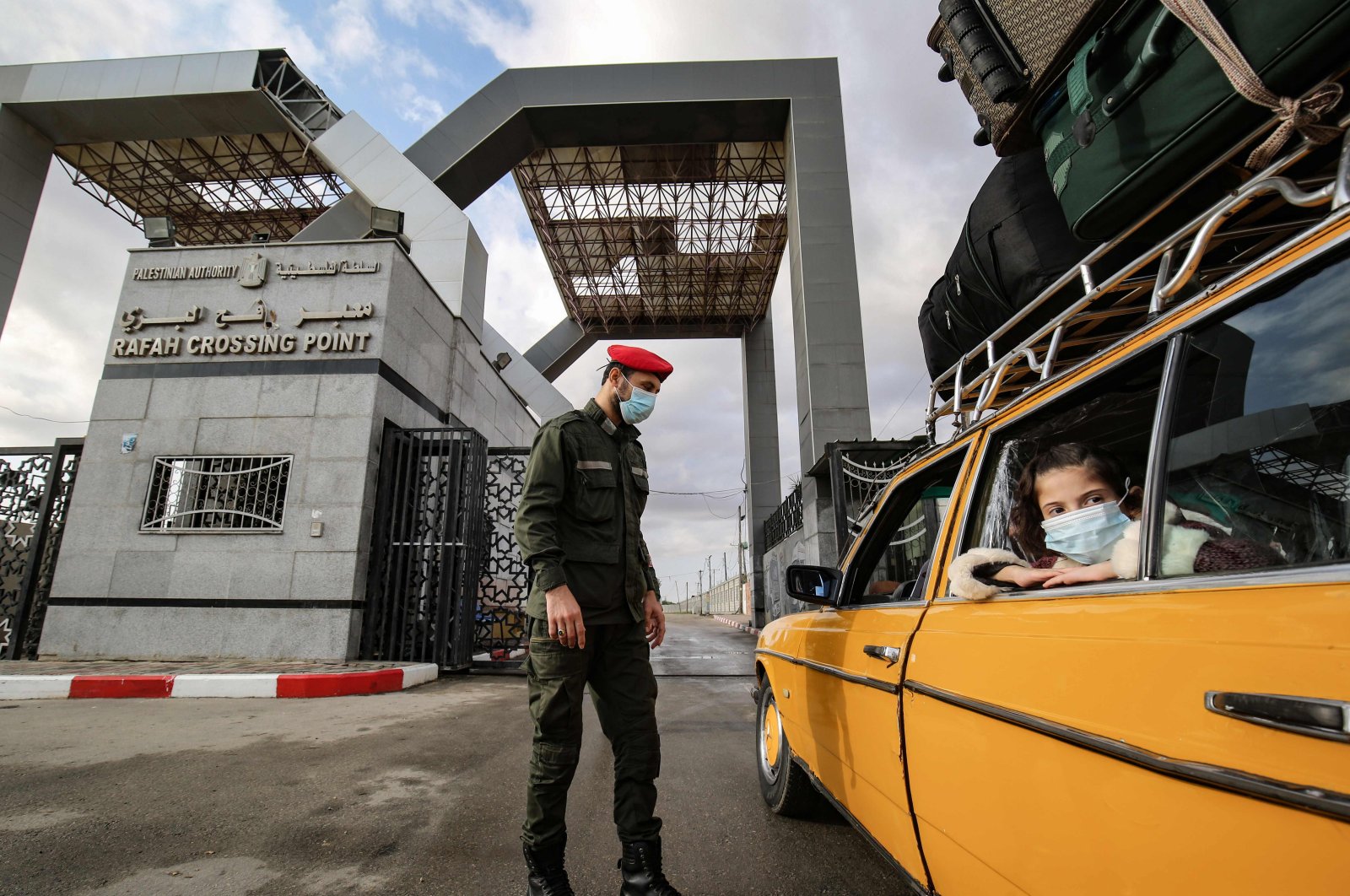 A Palestinian border guard, wearing protective face masks due to the COVID-19 pandemic, checks the ID of travelers as they wait their turn to cross into Egypt through the Rafah border crossing from the Gaza Strip, Nov. 2, 2020. (AFP Photo)
by Compiled from Wire Services
Nov 02, 2020 4:24 pm

The Egyptian authorities reopened the Rafah border crossing point with the blockaded Gaza Strip on Monday for four days, for the first time since September due to coronavirus restrictions.

Egypt completely closed the border crossing point in mid-March to prevent the spread of the novel coronavirus. According to a Hamas-run Ministry of Interior statement, members of the security services were deployed in the city centers in the Gaza Strip to equip passenger buses carrying patients, foreign and Egyptian passport holders and students.

"The terminal will be open in both directions for four days until Thursday," it said in a statement.

Passengers were transported to the crossing in accordance with coronavirus regulations, the statement said. Hundreds of Palestinians in Egypt are now also able to return to the Gaza Strip.

A Health Ministry statement said those returning to Gaza are required to present a coronavirus test result received within the last 48 hours. The Egyptian authorities last opened the crossing on Sept. 27 for three consecutive days, when 2,659 passengers left Gaza and 819 others arrived in the strip and were subjected to quarantine for a week. The crossing was previously opened for three days on Aug. 11.

Gaza Strip with a population of 2 million, has been under a hermetic Israeli siege since 2006 after Israel and Egypt have often closed their border crossings citing security concerns. In the three months prior to the outbreak of the coronavirus in March, however, the Egypt-Gaza crossing was open every day in accordance with an informal agreement mediated by Egypt between Israel and Gaza for calm between both sides.