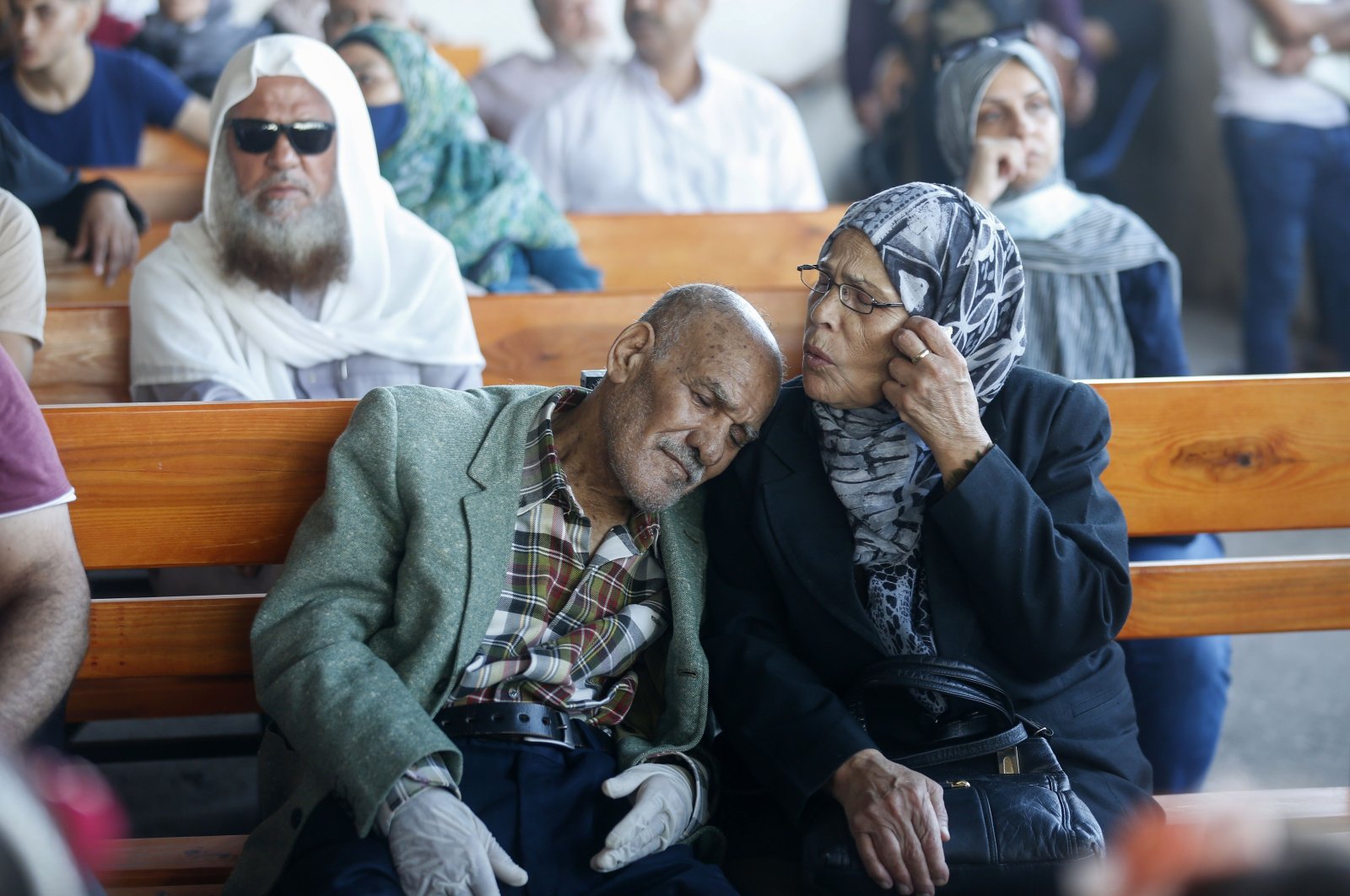 Palestinians wait to cross to the Egyptian side of the Rafah border crossing after months of closure due to the coronavirus pandemic in the southern Gaza Strip, Palestine, Aug. 11, 2020. (AFP Photo
by German Press Agency - DPA Aug 11, 2020 1:56 pm
RECOMMENDED

Egypt on Tuesday fully reopened for three days the Rafah border crossing to the southern part of the Gaza Strip, enabling hundreds of stranded Palestinian travelers to cross for the first time in five months.

Egypt completely closed the border crossing point in mid-March to prevent the spread of the coronavirus. The crossing was partially reopened two months ago for one day to allow several stranded Palestinians to pass into Gaza.

Hundreds of Palestinians, including students, patients and others holding dual citizenship, arrived Tuesday morning at the Palestinian side of the crossing. Meanwhile, hundreds more, stranded in Egypt since March, arrived at the Egyptian side to travel into the Gaza Strip, home to 2 million people.

Gaza's Interior Ministry and Health Ministry announced that all those crossing through Rafah into Gaza would go to quarantine centers outside of populated areas for 21 days.

On Monday evening, Palestine's Interior Ministry Spokesperson Eyad al-Bozzom told reporters that around 1,500 of its people were scheduled to head to the northeast African country during the three days, while around 2,000 Palestinians stranded in Egypt were scheduled to return to Gaza.

Egyptian media quoted the North Sinai governorate as saying that precautionary measures would be taken at the crossing and that all staff would be required to wear masks and gloves.

The move came as Israel on Tuesday closed its only border crossing for goods deliveries to the Gaza Strip after incendiary balloons were sent from Palestine into Israel.

Only essential humanitarian goods and fuel will be allowed to enter via the Kerem Shalom crossing, according to Israel's Coordinator of Government Activities in the Territories (COGAT).

It was unclear how long the closure would last.

COGAT holds Hamas responsible for everything that happens in the Gaza Strip.

A spokesman for Hamas criticized the measure, saying it goes hand in hand with pressure on Gaza and the "tightening of the siege." No one can halt the determination of the Palestinian people to end the "siege," he added.

Palestinians sometimes fly balloons with explosive charges or petrol bombs across the border to cause damage on the Israeli side, though they had largely refrained from doing so amid the coronavirus pandemic.

Israel captured Gaza from Egypt in the 1967 Six-Day War, but unilaterally pulled out its army and evacuated its settlements from the strip in 2005.

Israel, however, continues to control Gaza's borders, exercising a crippling blockade on the Palestinian territory. Israel frequently closes crossings in response to rocket fire and violence along the border.