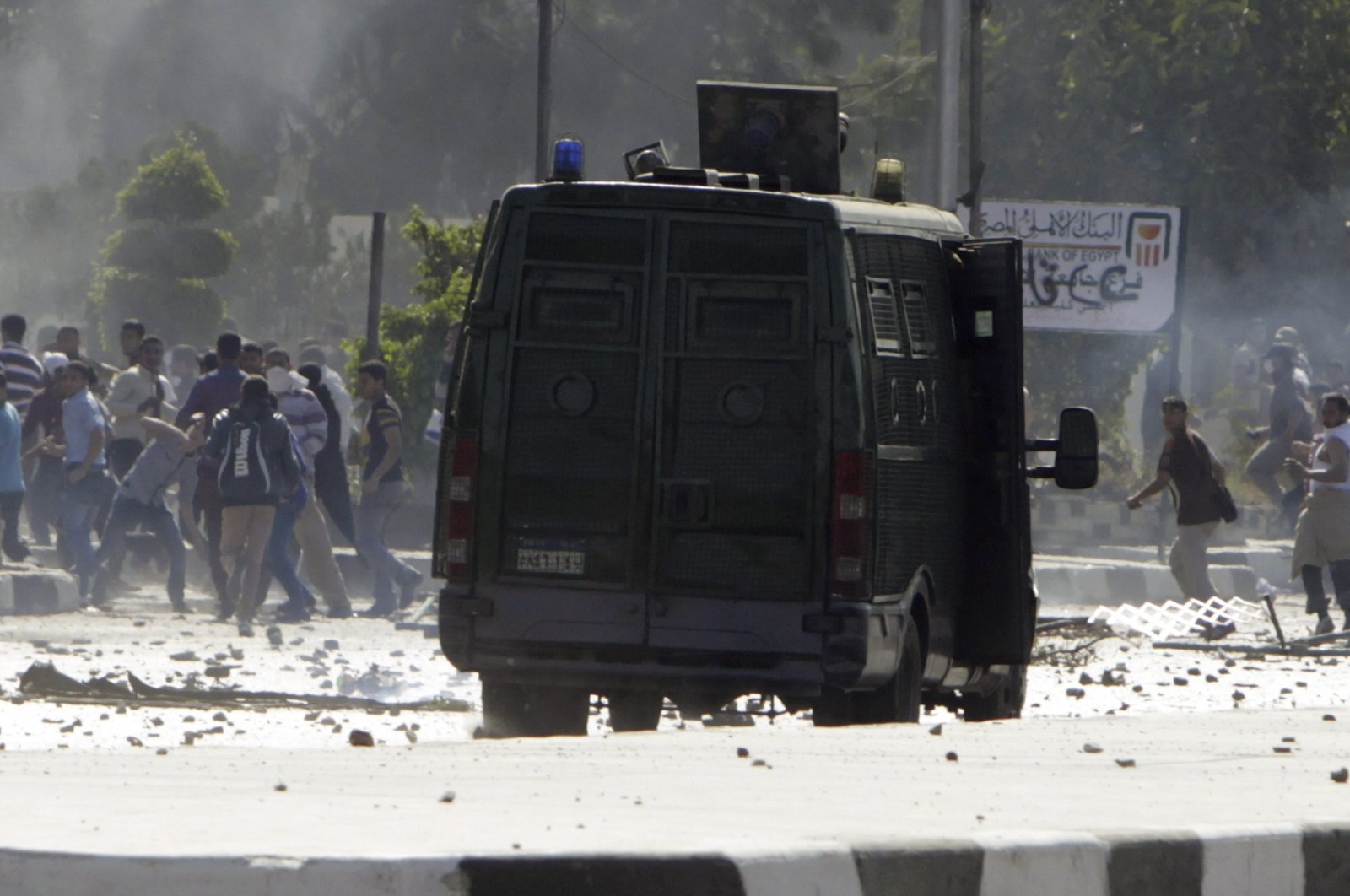 Protesters throw stones while running away from a riot police vehicle advancing toward them near Al-Azhar University in Cairo, Egypt, Oct. 20, 2013. (Reuters Photo)
by Compiled from Wire Services
Nov 05, 2020 4:33 pm

An Egyptian court sentenced 59 suspected members of the Muslim Brotherhood movement to 15 years in prison on Thursday for their alleged involvement in a high-profile 2013 sit-in, a judicial source said.

Seven other defendants were handed five-year sentences following the latest mass trial in the government's crackdown on the former ruling party, while the court acquitted 29 of the accused, according to Agence France-Presse (AFP).

The charges related to a nearly six-week-long sit-in in the capital's Rabaa al-Adaweya Square, triggered by the 2013 military coup by then-armed forces chief, now-President Abdel Fattah el-Sissi against his predecessor and the country's first democratically elected leader, Mohammed Morsi.

According to human rights groups, over 800 protesters were killed during demonstrations by Egyptian security forces who, in order to clear the square, adopted a harsh stance and shot indiscriminately into crowds trapped in mosques and Rabaa square. Burnt alive and suffocated with tear gas, demonstrators could not access medical treatment as the army blocked entry to ambulances.

The country's authoritarian government has killed hundreds of Muslim Brotherhood supporters and sent thousands to prison for inciting violence.

Known for its links to the organization, Watan TV channel said on Facebook that officials carried out the death sentences of the imprisoned political dissidents, while state-run Akhbar al-Yawm newspaper claimed four people were executed.

Rights groups have strongly criticised Egypt for convicting people for participating in the sit-in and for sentencing suspects in mass trials, including one case in which 75 people were sentenced to death and more than 600 handed jail sentences in 2018.