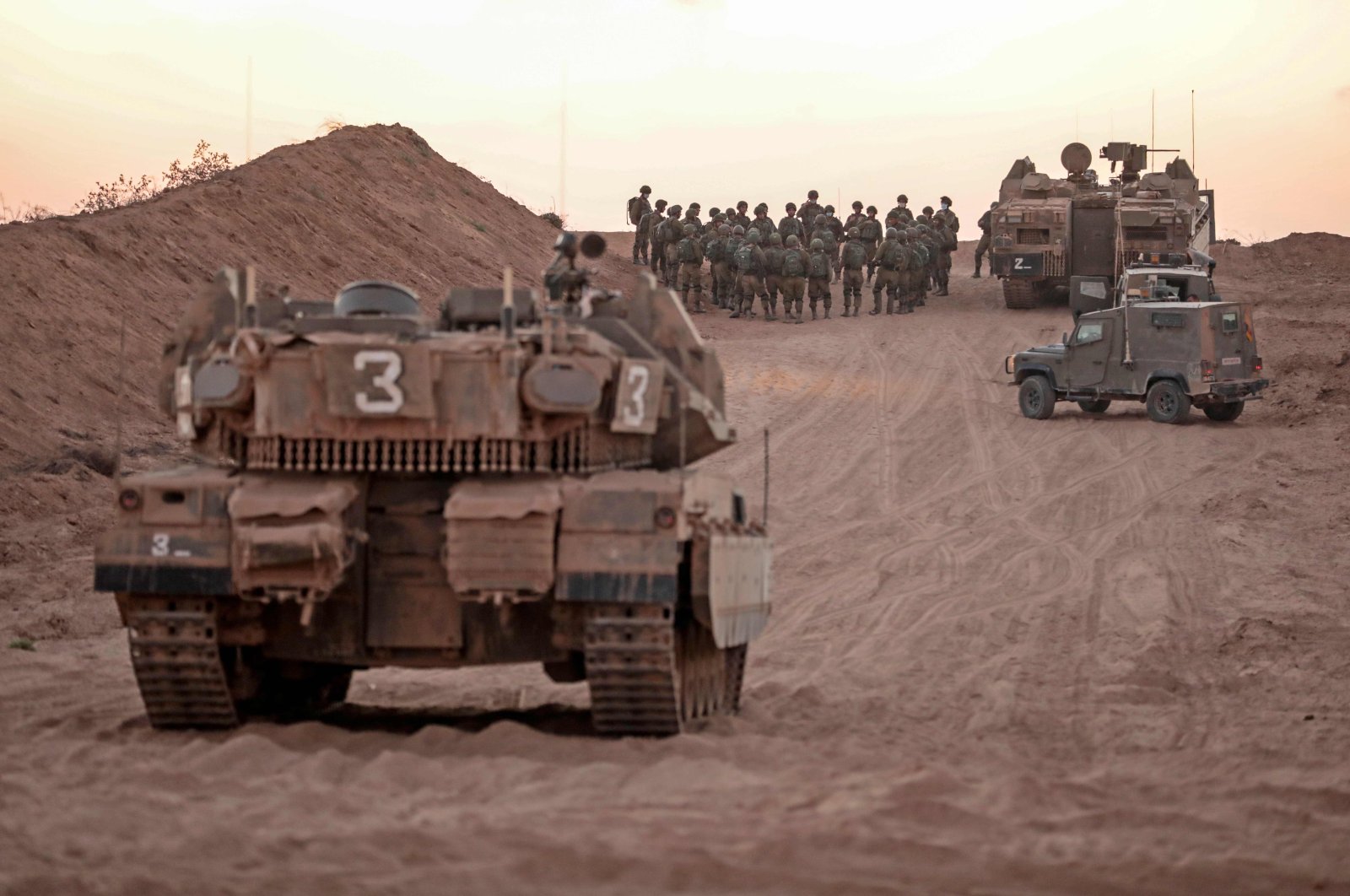 Israeli infantry soldiers gather next to tanks and an armored personnel carrier near the Israeli border with the Gaza Strip, Aug. 16, 2020. (AFP Photo)
by agencies Aug 17, 2020 2:01 pm
RECOMMENDED

An Egyptian security delegation arrived in the Gaza Strip on Monday for talks with Hamas leaders on a recent uptick in tensions in the Palestinian territory.

The talks will address a host of issues, including recent military escalations and the implementation of truce understandings between Israel and the Palestinian factions, a Palestinian source said.

"The Egyptian security delegation will hold a meeting with the Hamas leadership and the leadership of the factions to discuss stopping Israeli aggression," a Hamas source told Agence France-Presse (AFP).

On Sunday, the Egyptian delegation held talks in Ramallah with leaders of the Fatah group and the Palestinian intelligence chief. According to the official Wafa news agency, the talks in Ramallah focused on the political and security situation in Palestine as well as efforts to heal the Fatah-Hamas rift.

The visit came amid tension in Gaza over the launch of fire-bomb balloons into Israel, which retaliated by carrying out attacks, abolishing the strip’s fishing zone and banning the entry of fuel and construction materials into the enclave.

Over the past week, Israeli forces have carried out repeated nighttime strikes on targets linked to Hamas. The army says they were carried out in response to makeshift firebombs attached to balloons and kites which have been sent into southern Israel, causing thousands of fires on Israeli farms.

Israel and Egypt have maintained a blockade of the Gaza Strip since Hamas took power in an armed coup in 2007. Israel has fought three wars with Hamas in the Gaza Strip in the years since. The two sides have largely upheld an informal truce, and fighting has ceased almost entirely since the beginning of the coronavirus pandemic.