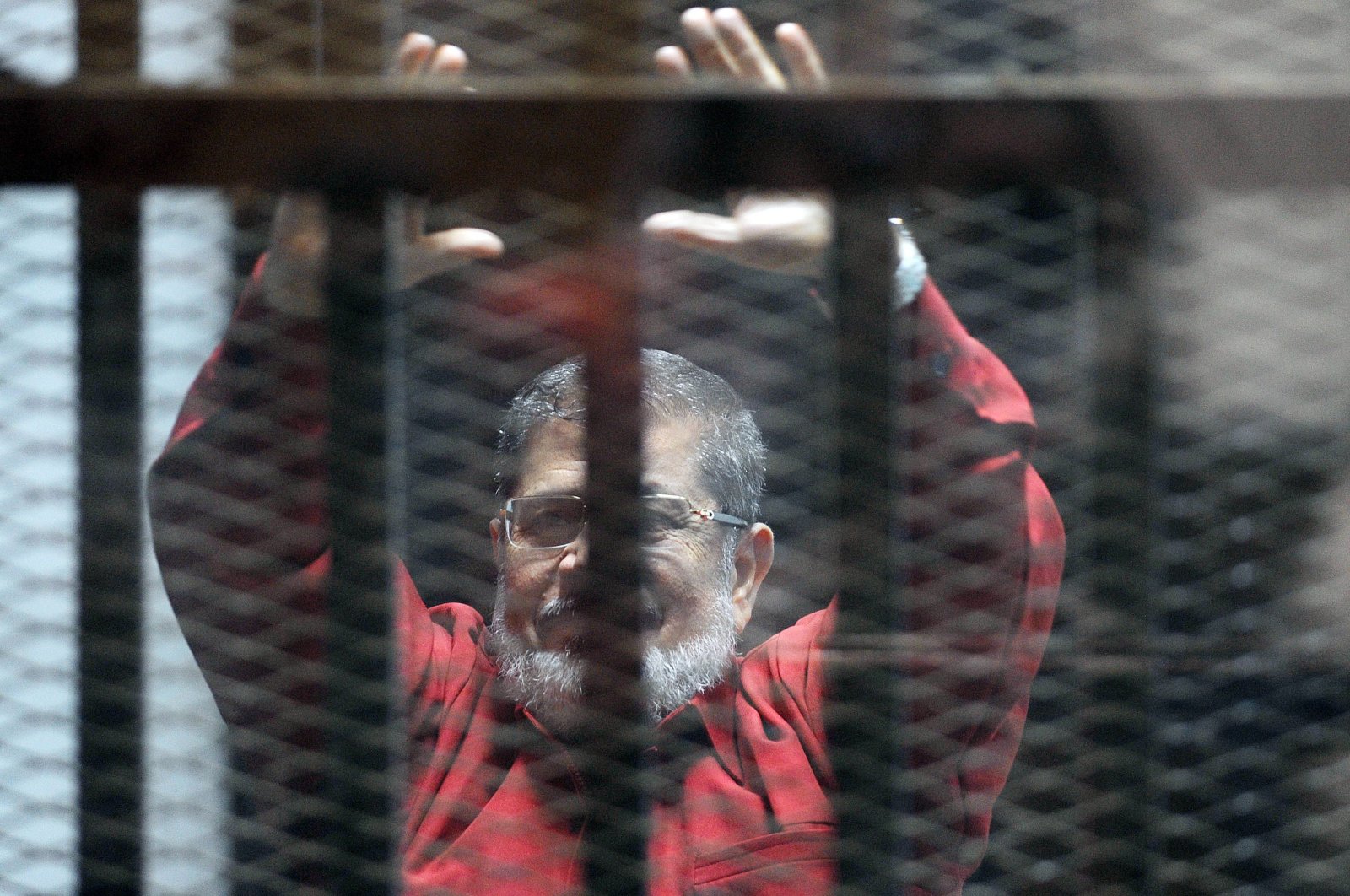 One year has passed since Egypt's first and only democratically elected president, Mohammed Morsi, died at the age of 67 in court during a trial.

Morsi was speaking from the glass cage where he was kept during sessions, and a few minutes later, he collapsed. Egypt's state TV said Morsi died from a heart attack.

Activists and his family, however, had long said Morsi was not receiving treatment for serious health problems such as high blood pressure and diabetes and was constantly being held in solitary confinement.

In 2013, Morsi was removed from power in a military coup led by current leader President Abdel-Fattah el-Sissi.

Morsi had been in prison undergoing multiple trials ever since the military ousted him in July 2013 and launched a massive crackdown on the Muslim Brotherhood.

The Muslim Brotherhood accused Egyptian authorities of being responsible for Morsi's "deliberate slow death,” saying it was "full-fledged murder.”

The Egyptian authorities "put him in solitary confinement ... they withheld medication and gave him disgusting food ... they did not give him the most basic human rights," the Brotherhood's Freedom and Justice Party said in a statement published on its website.

Like many of his educated peers, Morsi was a member of the Muslim Brotherhood. He joined the group in 1977 and received duties beginning in 1979. He crossed over to the political wing of the movement and rose through the ranks. He was elected to the Youth Committee in 1995. In 2000, he was elected to the People's Assembly, where he held his seat as an independent since the Muslim Brotherhood was politically banned in Egypt.

During his term in Parliament, Morsi pressed the government for political reforms, including the lifting of oppressive measures that gave police abnormal authority to detain, arrest and interrogate anyone they wished. Morsi was an active politician in the assembly and introduced himself as a social conservative. He joined protests in 2006 and 2011, for which he was arrested and spent more than seven months in jail.

Morsi defeated his rivals in both rounds of the presidential elections and was voted in as the first democratic president of Egypt on June 17, 2012.

He took on the presidency under problematic circumstances, however, since the Supreme Constitutional Court dissolved the People's Assembly that was led by the Muslim Brotherhood and the interim military government made a constitutional declaration, both of which quickly limited Morsi's authority as president.

Morsi tried to use his legitimate power to preserve his political strength through progressive moves. He forced seven members of the military council to retire and helped establish a cease-fire between Israel and Hamas. He then removed the authority of the Supreme Court over the presidency and the Constituent Assembly until a permanent constitution could be created and enacted. In other words, he tried to establish the superiority of the presidency over the military and the judiciary. Though Morsi thought this move would help Egypt's transition to a powerful democracy, mass demonstrations were held against his decisions.

On July 1, 2013, el-Sissi, the head of the Egyptian armed forces, declared that the army was ready to intervene. Just two days later, el-Sissi led a military coup, arrested Morsi, killed 3,533 of his supporters and arrested myriads of others. El-Sissi outlawed the Muslim Brotherhood once again. The courts gave numerous death penalties to young members of the Brotherhood, and many of them were executed immediately.

Morsi was sentenced to death in 2015 but that decision was overturned by another court in 2016 and a retrial was ordered. The el-Sissi administration allegedly treated Morsi harshly while in prison as proper health care, of which he was in dire need, may have been withheld. There are also allegations that the junta slowly poisoned him as the death penalty may have turned Morsi into a martyr.

Yet, his attitude as a political prisoner was always heroic in the eyes of his followers. As a cultivated member of the Muslim Brotherhood, Morsi was seen as a man who never allowed his opponents to place him in an inferior position. His followers believe he always stood as the leader of a suffering nation and for people's rights.

Morsi's death on June 17, 2019, was suspicious, but the junta declared that he collapsed in court and soon died at the hospital, leaving opaque questions about his death.

Turkish President Recep Tayyip Erdoğan called Morsi a "martyr" and extended condolences to his family and the Egyptian people.

"Unfortunately, the incident took place in the courtroom. I, first of all, wish God's mercy for our martyred brother Morsi," he said.

"The West has always been silent in the face of these executions by el-Sissi. The EU member states forbid execution, but unfortunately accepted an invitation by this murderer el-Sissi to attend a meeting in Egypt," Erdoğan said, criticizing the EU for being "hypocrites" and calling el-Sissi a "tyrant" who took power in a "coup" and who has "trampled on democracy."

"The coup took him away from power, but his memory will not be erased from our hearts. The Ummah will not forget his firm stance! Rest in peace Morsi,” Foreign Minister Mevlüt Çavuşoğlu wrote on Twitter.