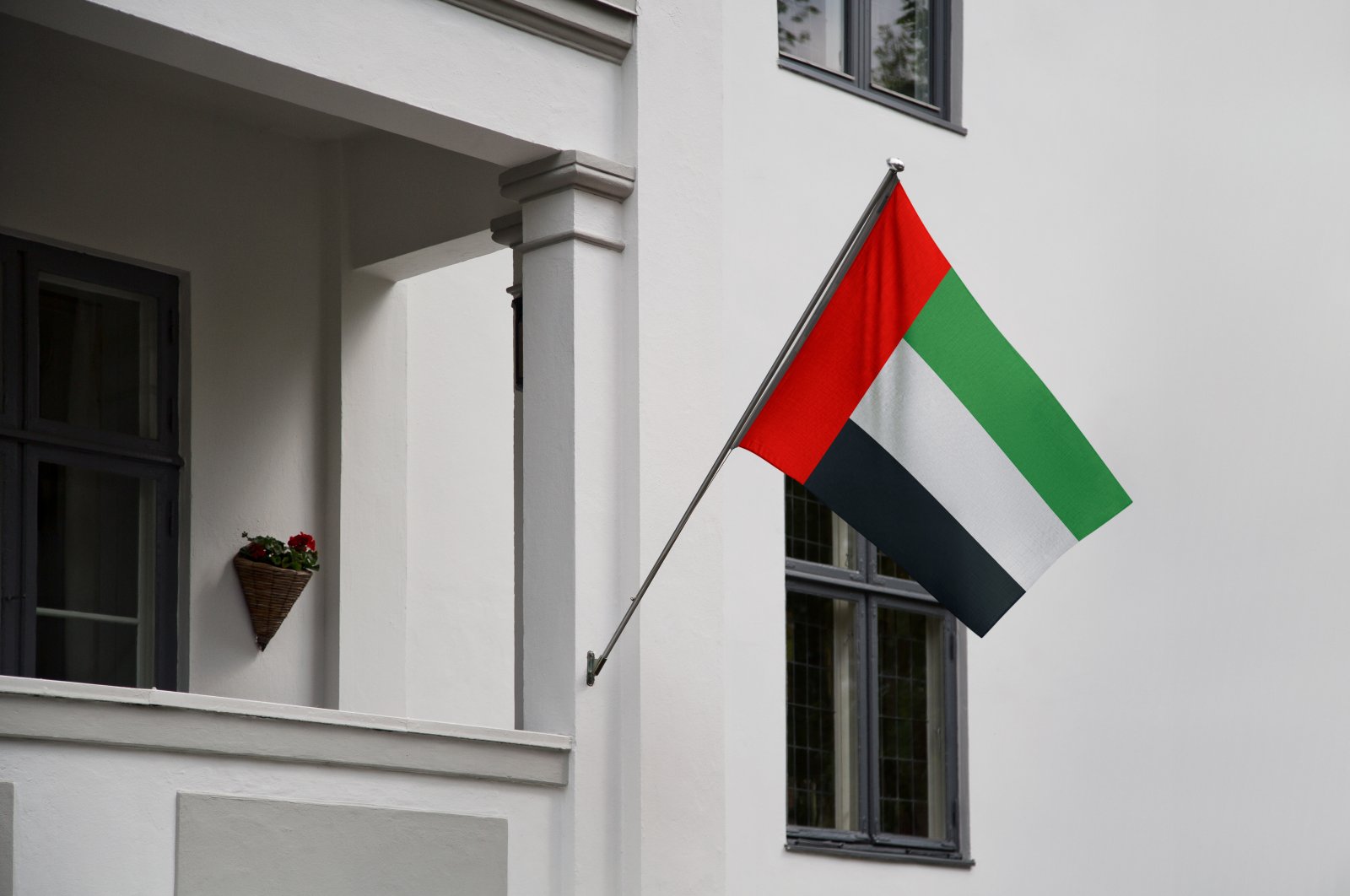 An undated photo shows the flag of the United Arab Emirates (UAE) hanging from a pole on a front door of a building. (Shutterstock)
by Anadolu Agency
Feb 03, 2021 10:26 pm

The terrorist group, led by 35-year-old Ali Ahmed Adaito, who is among the arrested, was planning to attack the UAE embassy, local broadcaster Fana reported, quoting a statement by the National Information and Security Service (NISS).

Explosives, firearms and documents were seized from the house of another arrested terrorist Mohammed Abdulkedir, the NISS statement said.

The mastermind of the foiled plot is a Swedish resident, Ahmed Ismail, who has been arrested by the Swedish security forces, it said, adding Ethiopia and Sweden collaborated by exchanging information.

It further said another terrorist group was planning to attack the UAE embassy in Khartoum, capital of neighboring Sudan.

Sudanese authorities were alerted by the Ethiopian intelligence service about the impending danger and they managed to foil the planned attack, the statement said.