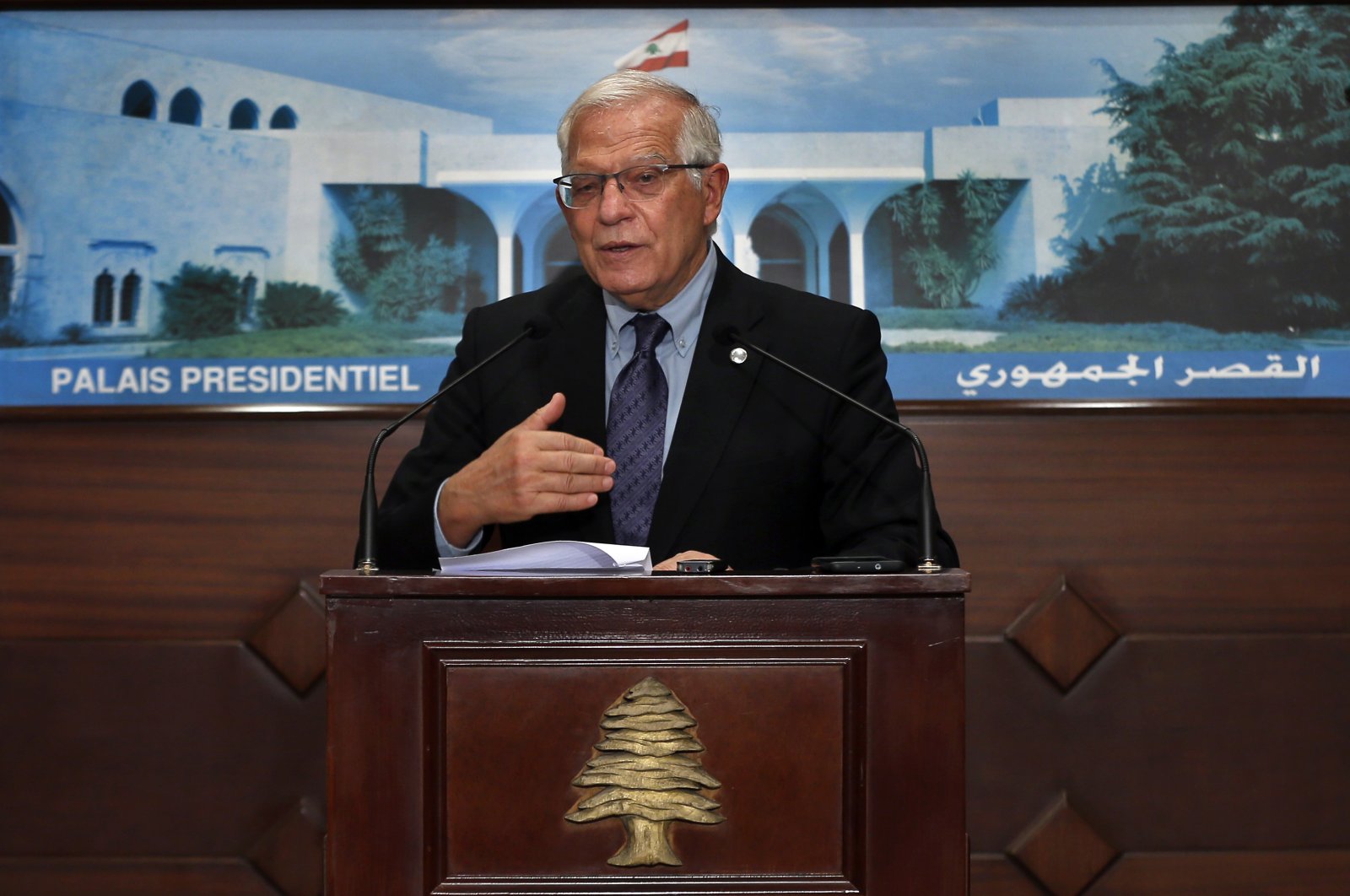 The European Union’s top diplomat Saturday scolded Lebanese politicians for their failure to form a new Cabinet, threatening those behind the political stalemate with sanctions.

Josep Borrell made his comments at the presidential palace near the capital Beirut after meeting with President Michel Aoun. It was the first meeting in a two-day visit to Lebanon.

Borrell's comments came amid reports in Lebanese media that France and the EU are putting together proposals for possible travel bans and freezes on assets of some politicians.

Borrell said Lebanese politicians should quickly form a new government, implement reforms and reach a deal with the International Monetary Fund to start getting the tiny country out of its paralyzing economic and financial crisis.

Lebanon’s economic crisis – triggered by decades of corruption and mismanagement – began in late 2019 and has intensified in recent months. The World Bank said earlier this month the crisis is likely to rank as one of the worst the world has seen in more than 150 years, adding that the economy contracted 20.3% in 2020 and is expected to shrink 9.5% this year.

Lebanon defaulted on paying back its debt for the first time in March, while talks with the International Monetary Fund on a bailout package stopped last year. The crisis has been the biggest threat to Lebanon's stability since the 1975-90 civil war ended.

A power struggle between premier-designate Saad Hariri on one side, and Aoun and his son-in-law Gebran Bassil, who heads the largest bloc in parliament, on the other. It has worsened the crisis despite warnings from world leaders and economic experts of the dire economic conditions tiny Lebanon is facing.

Hariri was named to form a new government in October and has not succeeded so far. The government of Prime Minister Hassan Diab resigned days after a massive blast in Beirut on Aug. 4, that killed 211 people and injured more than 6,000.

“We cannot understand that nine months after the resignation of a prime minister, there is still no government in Lebanon,” Borrell said. “Only an urgent agreement with the International Monetary Fund will rescue the country from a financial collapse.”

“There is no time to waste. You are at the edge of the financial collapse,” he said in English.

Borrell said the EU stands ready to assist Lebanon and its people but warned that if there is further obstruction to solutions to the multi-dimensional crisis “we will have to consider other courses of actions as some member states have proposed.”

“The council of the European Union has been including other options, including targeted sanctions,” Borrell said. "Of course we prefer not to go down this road and we hope that we will not have to but it is in the hands of the Lebanese leadership."

Borrel rejected claims by some Lebanese politicians that refugees are the cause of the crisis, saying it is “homemade.”

“It is not fair (to say) that the crisis in Lebanon comes from the presence of refugees,” he said, referring to the nearly 1 million Syrian refugees who fled the war in their country to Lebanon.