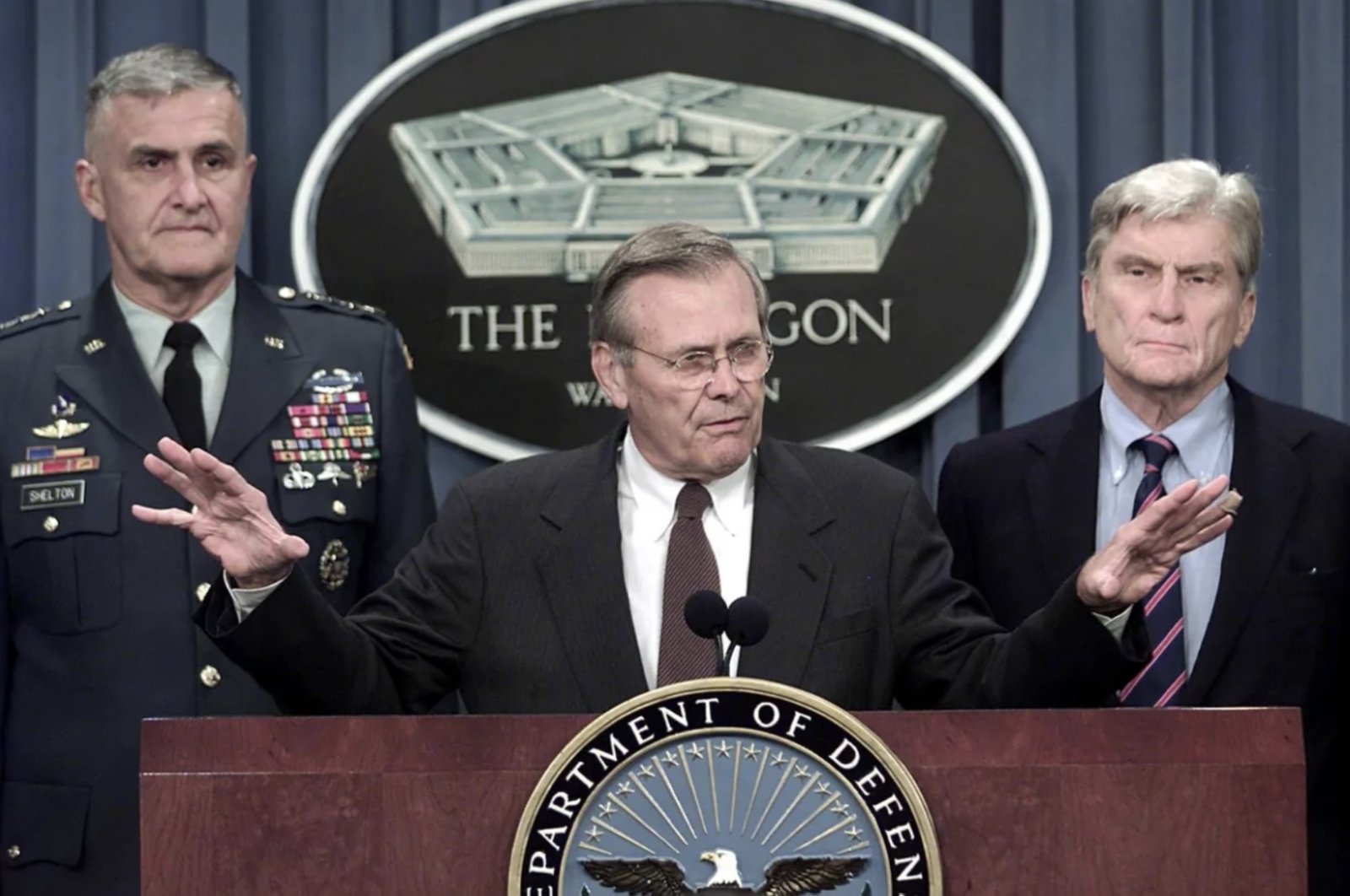 Former United States Secretary of Defense Donald Rumsfeld, who oversaw U.S. invasions of Iraq and Afghanistan, died at the age of 88 late Wednesday.

His family also confirmed the former defense czar's death, saying he “was surrounded by family in his beloved Taos, New Mexico.”

Rumsfeld was the main architect of the Iraq war until former U.S. President George W. Bush replaced him as the United States found itself bogged down after nearly four years of fighting.

Rumsfeld is the only person to serve twice as Pentagon chief. He first served from 1975 to 1977, and was the youngest person to ever hold the position. The next time, from 2001 to 2006, he was the oldest.

He made a brief run for the 1988 Republican presidential nomination, a spectacular flop that he once described as humbling for a man used to success at the highest levels of the government, including stints as White House chief of staff, U.S. ambassador and member of Congress.

Nine months into his second tour as defense secretary, on Sept. 11, 2001, suicide hijackers attacked the World Trade Center in New York and the Pentagon, thrusting the nation into wars for which the military was ill-prepared.

By 2002 the Bush administration’s attention shifted to Iraq, which played no role in the Sept. 11 attacks. The war effort in Afghanistan took a back seat to Iraq, opening the way for the Taliban to make a comeback and prevent the U.S. from sealing the success of its initial invasion.

The U.S.-led invasion of Iraq was launched in March 2003. Baghdad fell quickly, but U.S. and allied forces soon became consumed with a violent insurgency. Critics faulted Rumsfeld for dismissing the pre-invasion assessment of the Army’s top general, Eric Shinseki, that several hundred thousand allied troops would be needed to stabilize Iraq.

Rumsfeld twice offered his resignation to Bush in 2004 amid disclosures that U.S. troops had abused detainees at Iraq’s Abu Ghraib prison – an episode he later referred to as his darkest hour as defense secretary.

Not until November 2006, after Democrats gained control of Congress by riding a wave of antiwar sentiment, did Bush finally decide Rumsfeld had to go. He left office in December, replaced by Robert Gates.

Rumsfeld is survived by his wife, Joyce, three children and seven grandchildren.