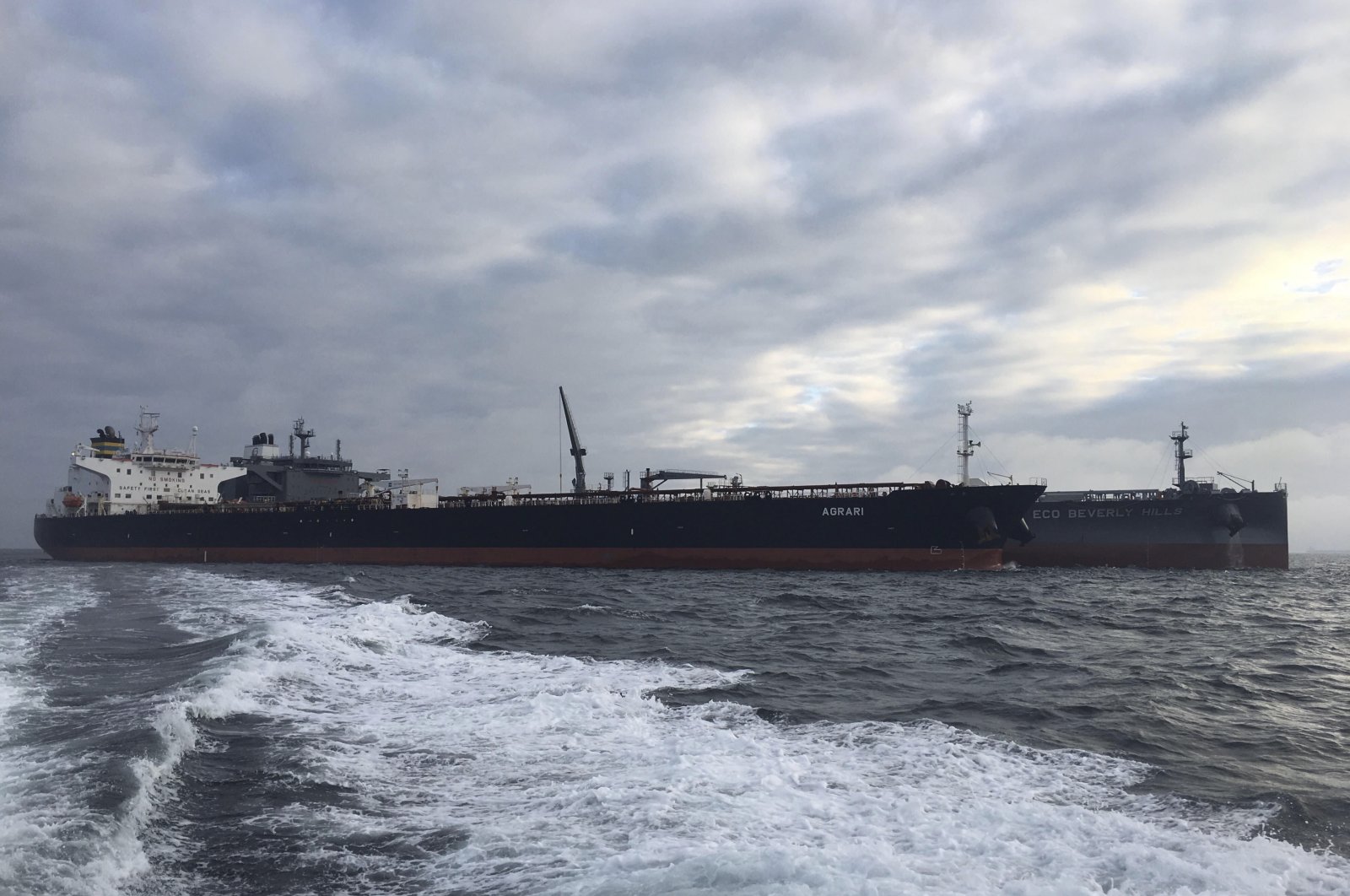 The owners of the Maltese-flagged tanker Agrari tanker said it was "attacked by an unknown source" while it was preparing to depart from Shuqaiq, but no injuries were reported.

"The Agrari was struck about one meter above the waterline and has suffered a breach," said TMS Tankers, the vessel's Greece-based owner.

"It has been confirmed that the crew are safe and there have been no injuries. No pollution has been reported."

An investigation was underway after Saudi authorities, including the coast guard, boarded the stricken vessel, it added.

There were 25 crew members on board, including seven Greeks, according to an official at Greece's merchant marine ministry.

"The explosion happened around 0300 local time (0000 GMT), but the causes have not yet been identified," the ministry official said.

The tanker was carrying no cargo when the blast occurred, the ministry added.

The Saudi-led military coalition confirmed that a commercial vessel suffered minor damage in the Red Sea on Wednesday.

But without naming the vessel, it said the incident occurred when an explosives-laden boat launched by Yemen's Houthi rebels was intercepted and destroyed.

The commercial vessel was damaged by shrapnel from the "booby-trapped boat," the coalition was quoted as saying by the Saudi state-run Al-Ekhbariya television.

"The hostile acts of the Houthi militia threaten shipping lanes and global trade," the coalition said, without offering details.

There was no immediate reaction from the Houthis.

But the incident comes as the Iran-backed rebels step up attacks on neighboring Saudi Arabia in retaliation for a five-year military campaign led by the kingdom in Yemen.

Dryad Global, a London-based maritime intelligence firm, said that unnamed sources within the coalition indicated the blast was the "result of a Houthi-launched water-borne improvised explosive device (WBIED)."

"Vessels transiting the Red Sea area are reminded that regional conflicts exist whereby there is a realistic possibility that vessels of Saudi flag and those calling at southern Saudi ports are at moderate risk," Dryad Global said in a report.

The incident occurred two days after Houthi rebels said they struck a plant operated by energy giant Saudi Aramco in the western city of Jeddah with a Quds-2 missile.

The strike, which underscores the vulnerability of Saudi Arabia's infrastructure as the Yemen conflict rages on, tore a hole in the roof of an oil tank, triggering an explosion and fire.

The attack on Jeddah, which lies some 600 kilometers (370 miles) from the Yemen frontier, is an indication of the rebels' advancing arsenal.

Saudi Arabia is stuck in a military quagmire in Yemen, which has been locked in conflict since Houthi rebels took control of the capital Sanaa in 2014 and went on to seize much of the north.

The Saudi-led coalition intervened the following year to support the internationally recognized government, but the conflict has shown no signs of abating.

Despite its superior firepower and an investment worth billions of dollars in military hardware, the coalition has struggled to oust the rebels from their northern strongholds, including Sanaa.

Tens of thousands of people, mostly civilians, have been killed and millions displaced in what the United Nations has called the world's worst humanitarian disaster.