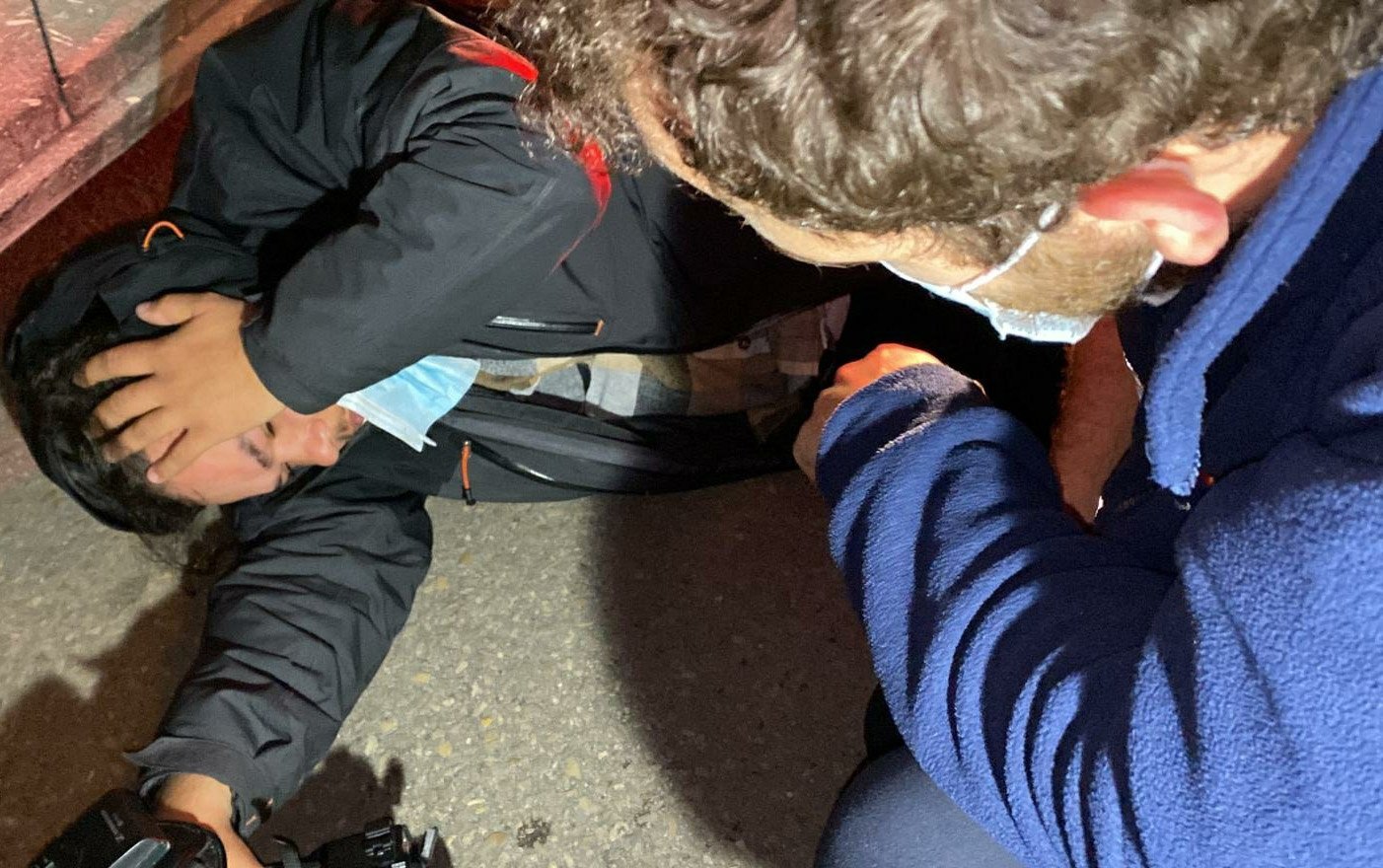 The Anadolu Agency cameraman holding his head after he was attacked by far-right extremist Israelis in the country's capital Tel Aviv, Jan. 5, 2022. (AA Photo)
by Anadolu Agency Jan 05, 2022 9:56 pm

An Anadolu Agency (AA) cameraman was attacked by a group of far-right extremist Israelis in the country's capital Tel Aviv on Wednesday in front of a hospital where a high-profile Palestinian prisoner is undergoing treatment.

An argument erupted between Faiz Abu Rmeleh and a far-right Israeli mob while he was waiting in front of the Assaf Harofeh Hospital. When the Israelis learned that Abu Rmeleh is working as a cameraman for AA, they verbally abused and beat him.

Israeli police stepped in and arrested at least two of the assailants. Badly beaten, Abu Rmeleh was given first aid and then taken to the hospital.

Abu Rmeleh was covering the case of Hisham Abu Hawwash, a Palestinian who staged a hunger strike for over 141 days to protest his arrest without trial under Israel's policy of administrative detention.

His lawyer said on Wednesday that Abu Hawwash agreed to suspend his strike after Israel agreed to release him on Feb. 26.

Since ending his hunger strike, Abu Hawwash has been undergoing treatment at the hospital.