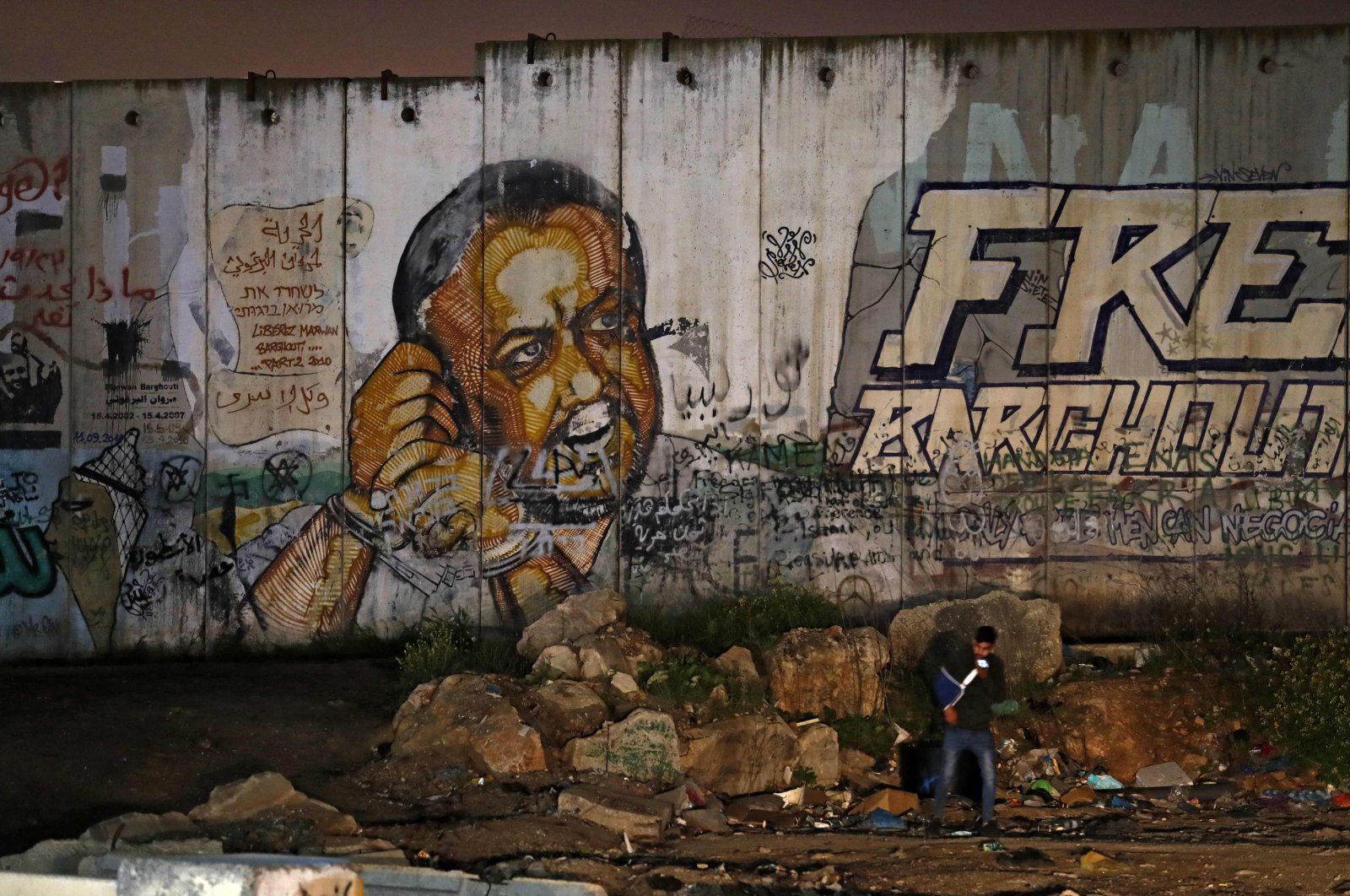 A mural of Fatah leader Marwan Barghouti on a section of Israel's controversial separation wall, near the Israeli Qalandiya checkpoint, between Jerusalem and Ramallah, March 31, 2021. (AFP Photo)
by Anadolu Agency
Apr 01, 2021 1:26 pm

Two estranged Fatah leaders have agreed to participate in the Palestinian elections together, independent of the parent party, presenting the West Bank-based faction with a great challenge ahead of the polls.

Nasser al-Qudwa, who will lead the coalition as per the arrangement was expelled from Fatah in early March for his attempt to field a separate list of candidates.

With this new alliance in the fray, three lists from Fatah have joined the contest that includes the official list headed by Mahmoud al-Aloul, deputy leader of Fatah, the Qudwah-Barghouti coalition, and the list of Abu Dhabi-based sacked leader Mohamed Dahlan.

Many political experts see that Fatah has changed from a movement to an authoritarian party with power centered around its leader Mahmoud Abbas.

"This coalition is a reflection of policy errors made by the influential leaders over the past years, which has led to a deterioration of the party situation,” said Sari Orabi, a writer and political analyst. "Fatah failed to attend to its problems and wrong policies in the 6th and 7th conferences. As a result, these political factions are not strange, either historically neither logically,” Orabi added.

Experts believe that these estranged leaders contesting elections independently have thrown the toughest challenge at Fatah, even more than when Dahlan fractured the party a few years ago.

Barghouti's substantial following inside Fatah and al-Qudwa's political acumen makes them a perfect coalition to challenge the main Fatah in the polls.

Experts believe that the alliance could possibly win a good number of seats and may align with other lists of Hamas to claim power.

"These factors may lead President Abbas to think seriously about delaying the elections, since Fatah has poor chances compared to Hamas. These poor chances are due to the continuous internal conflict in Fatah,” said Bilal Shobaki, associate professor at Hebron University.

The Palestinian Legislative Council (PLC) elections are supposed to be held on May 22, According to the Central Elections Commissions (CEC), so far 36 electoral lists have submitted applications for nomination.