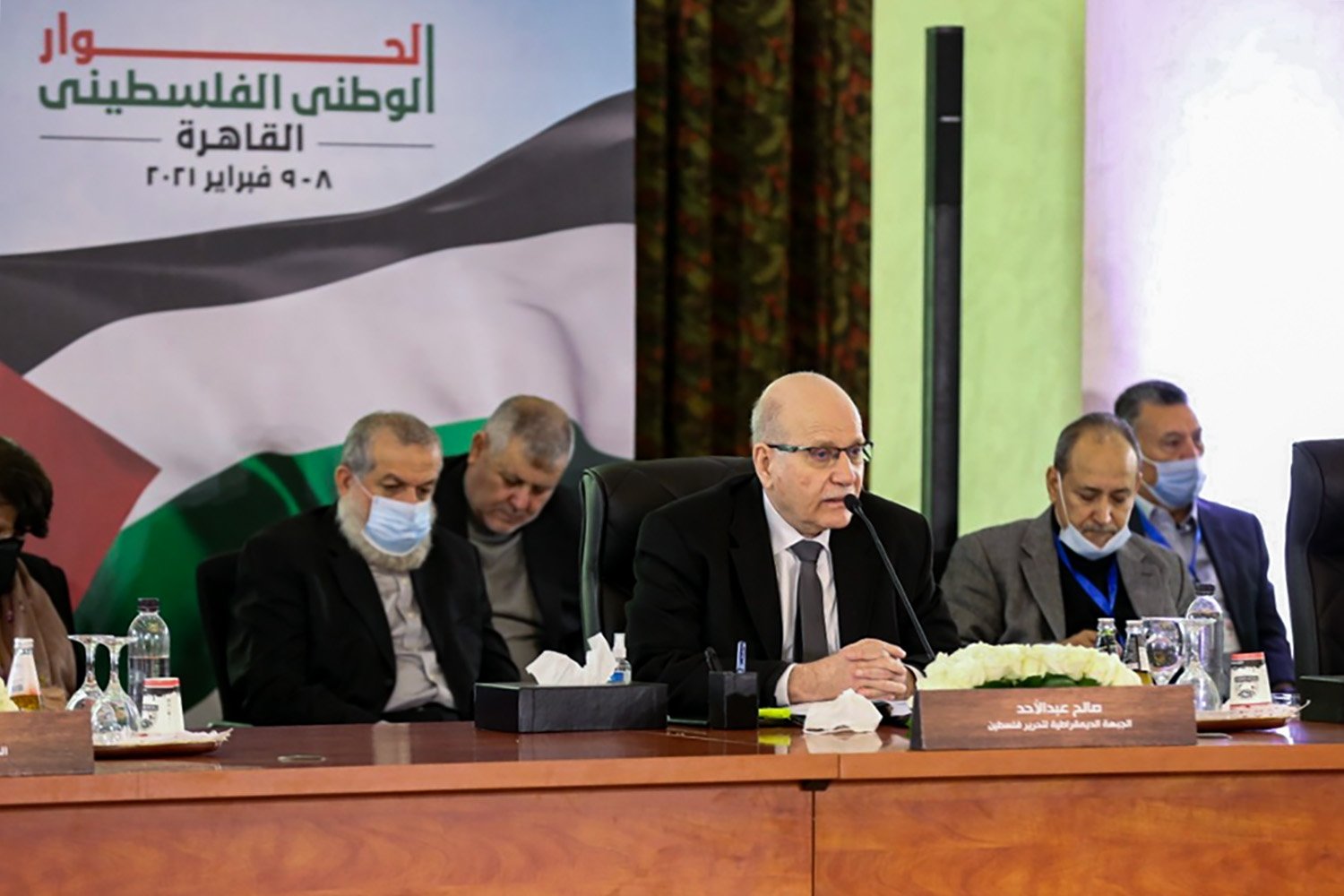 Palestinian factions agreed on Tuesday on steps aimed at ensuring Palestinian elections are held as planned later this year and pledged to respect their results, a joint statement said.

No Palestinian elections have been conducted in the Israeli-occupied West Bank, Gaza and East Jerusalem for 15 years amid a deep rift between President Mahmoud Abbas' Fatah group and the Hamas movement.

The two dominant factions – Fatah holds sway in the occupied West Bank, and Hamas rules Gaza – convened on Monday for talks in Cairo to prepare for parliamentary elections on May 22 and a presidential vote on July 31.

"The first session of the (Palestinian) factions' meeting in Cairo is successful and hopeful towards the outcomes of the meeting," al-Maliki said in a joint news conference alongside Egyptian counterpart Sameh Shuokry, Jordanian counterpart Ayman al-Safadi and Arab League Secretary-General Ahmed Abuol Gheit. Al-Maliki said that the meeting is discussing ways to ensure the success of general elections. He also highlighted the Egyptian role in helping to make the talks successful, as Anadolu Agency (AA) reported.

"Egypt is working to ensure the success of the dialogue," al-Maliki added.

A joint statement at the end of the two-day session said both groups and 12 other Palestinian factions, including the Islamic Jihad movement based in the northern Gaza Strip, pledged "to abide by the timetable" for balloting and "respect and accept" the results. Islamic Jihad later issued a statement saying it would not field candidates in the elections, citing its opposition to interim peace deals the Palestine Liberation Organization (PLO) signed with Israel in the 1990s. Islamic Jihad did not take part in Palestinian balloting in 1996 and 2006.

Palestinian factions had reached “understandings” that would pave a way for the fair election, Fatah Secretary-General Jibril Rajoub told reporters after talks in Cairo Tuesday.

“I tell the Palestinians, trust what we have achieved,” Rajoub who led his movement’s delegation to the Cairo summit said in a statement, according to The Times of Israel.

According to Reuters, there has been widespread skepticism that elections will even happen this year. Many Palestinians believe they are mainly an attempt by Abbas to show his democratic credentials to new U.S. President Joe Biden, with whom he wants to reset relations after they reached a new low under Donald Trump.

At the Cairo talks, the groups agreed on the formation of an "election court" based on a national consensus among judges from Jerusalem, the West Bank and Gaza, the statement said.

"The court shall be exclusively responsible, not any other judicial body, to follow what is related to the electoral process, its results and the stuck cases," said the final joint statement of the Palestinian National Dialogue.

The Palestinian groups agreed that Palestinian President Mahmoud Abbas would issue a presidential decree to form the court.

The final statement said Fatah police would guard voting sites in the West Bank and Hamas police would deploy in Gaza, effectively freezing out more secretive security services whose presence might intimidate voters.

Fatah and Hamas also agreed to release detainees held on political grounds in the West Bank and Gaza and allow unrestricted campaigning. Abbas, 85, announced in January the dates for the votes, and he is expected to run for re-election.

There are 2.8 million eligible voters in Gaza and the West Bank. The last ballot, in 2006, ended in a surprise win by Hamas in its first parliamentary elections. That set up a power struggle between Hamas in Gaza and Fatah in the West Bank. However, it's unclear whether Israel, which annexed East Jerusalem and considers it as part of the Jewish state's capital, will allow voting there without interfering.