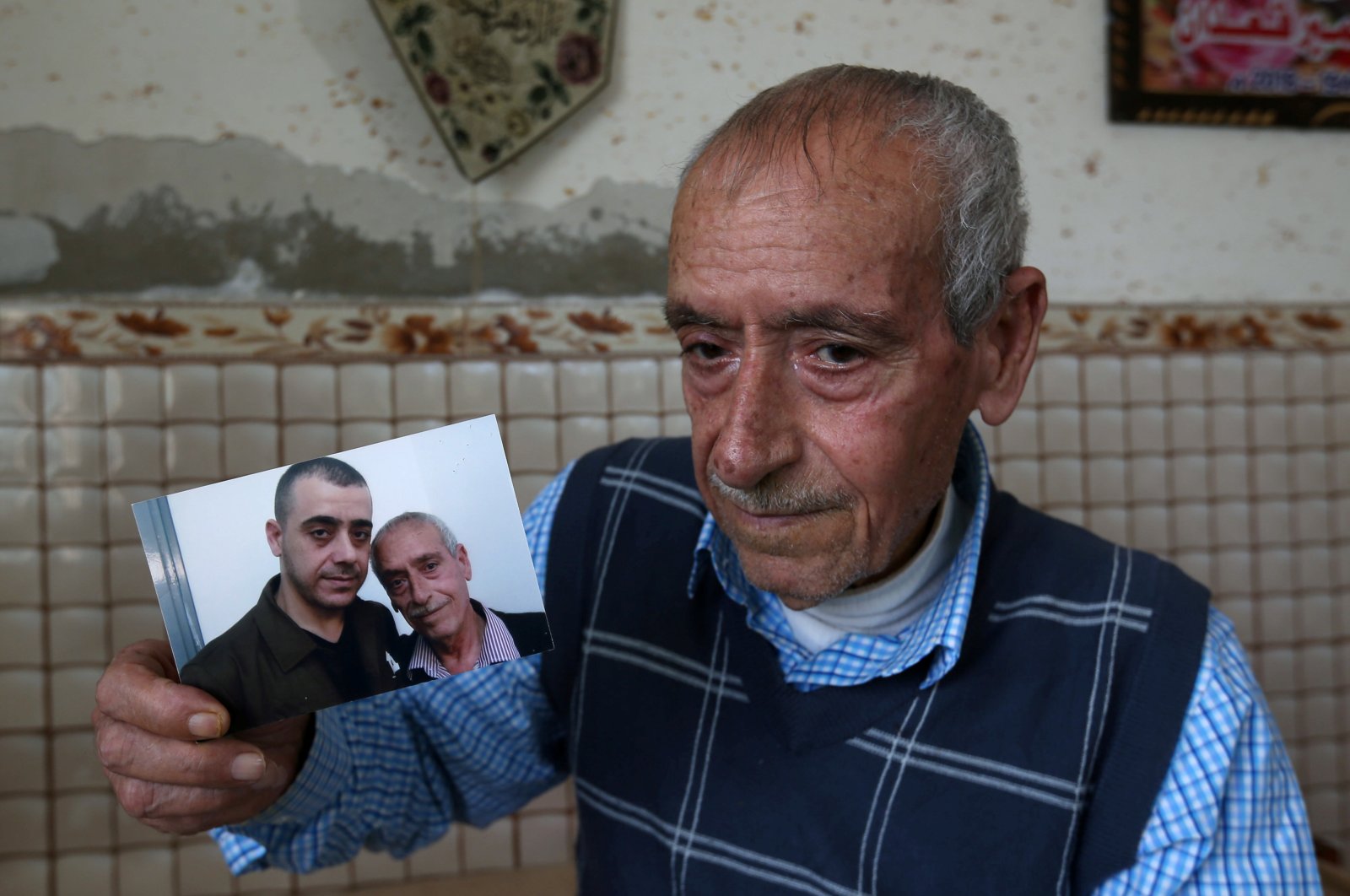 Palestinian man Sameeh Qe'dan, who marks a calendar with a cross to count down the days until his son Abdel-Raouf is released from an Israeli jail, shows a picture of him with Abdel-Raouf, in his home in Rafah in the southern Gaza Strip July 14, 2020. (Reuters Photo)
by REUTERS Jul 15, 2020 1:54 pm
RECOMMENDED

Palestinian Sameeh Qe'dan is counting down the days until his son is released from an Israeli jail. There are just over three months left of his 16-year sentence, but with family visits from Gaza suspended due to the coronavirus, Qe'dan is worried.

"I am 77 years old now and I am afraid, I am worried that I could die before I see my son or take him into my arms now with coronavirus," Qe'dan said.

Frail with old age, he moves slowly around his run-down apartment in Rafah city in southern Gaza. The flaking walls are decorated with posters of the 40-year-old Abdel-Raouf.

According to his family, Abdel-Raouf was convicted in 2004 of taking part in armed attacks against Israeli troops. The Israel Prison Service (IPS) would not confirm his conviction or sentence, saying it did not comment on the status of individual prisoners.

Qe'dan used to visit his son in prison in Israel every two months, crossing the heavily-fortified border on trips organized by the International Committee for the Red Cross (ICRC).

When coronavirus cases in Israel began to mount in March, these trips stopped and the authorities suspended or restricted family visits across the entire prison system. According to the IPS, there have been six COVID-19 cases in its prisons.

Family visits are currently limited to one visitor, and not permitted from areas with high infection rates, the IPS said. Visits from East Jerusalem and the occupied West Bank resumed in late June, but not yet from Gaza, according to the ICRC.

The ICRC said Israel suspended visits "to protect both detainees and their families," but that it was exploring ways to either resume them or find alternative solutions.

A spike in infections forced Israel to re-impose some restrictions last week. The authorities have reported 371 deaths and over 42,000 coronavirus cases, with around 1,700 new cases recorded on Tuesday.

In Gaza, health officials have reported one death and 72 cases. Anyone entering the strip must undergo a month-long quarantine. Israel has also tightened restrictions on movement from the territory.

There are 5,500 Palestinians in Israeli jails, many of them from the West Bank and East Jerusalem, which Israel captured along with Gaza in the 1967 Middle East war. Israel pulled its troops out of Gaza in 2005 but blockades the territory, citing security concerns from Islamist ruling party Hamas.

Qe'dan keeps a giant calendar to keep track of how much time remains until Adbel-Raouf's planned release.