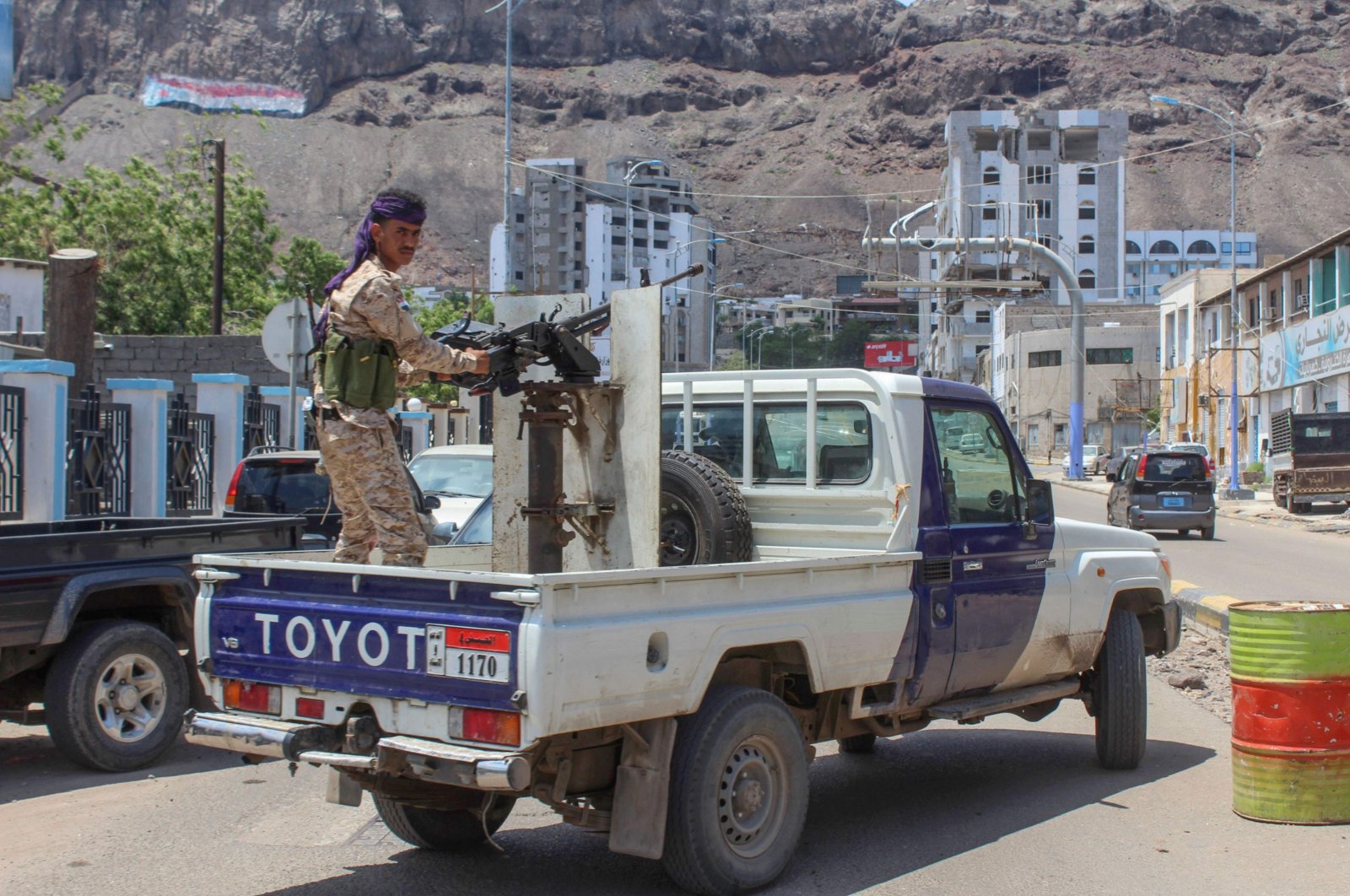 A fighter with Yemen's separatist Southern Transitional Council (STC) mans a gun in the back of a vehicle deploying in the southern city of Aden, April 26, 2020. (AFP Photo)
by Yusuf Selman İnanç Apr 27, 2020 12:59 pm
RECOMMENDED

The disputes between Yemen’s groups, who have been fighting against the Iranian-backed Shiite rebels, the Houthis, crystallized after the United Arab Emirates-backed groups declared autonomy amid the war. The Southern Transitional Council (STC) declared that they would be ruling the country’s south with no alignment with the internationally recognized and Saudi Arabia-backed central government. This maneuver came as a blow to Saudi Arabia’s ongoing efforts and revealed the disputes between the UAE and its ally, Saudi Arabia.

In fact, the STC and the central government came to an understanding last November to continue their alliance and fight against the Houthis. However, the implementation of the deal failed as hostilities between the rival groups erupted again. While the central government has considered the secessionists as illegitimate and willing to take power in the center, the STC believes the central government fails to meet their demands. The two groups have so far failed to determine how the power-share would be.

Also, the strategic importance of the country’s south plays a role in the in-fighting. The city of Aden along with several other cities and towns on the coastline is important for controlling the sea route, which enables its controller to have leverage against regional powers.

The UAE-backed groups do not intend to gain full control in Yemen, but to divide the country into two, controlling the south only. However, both Saudi Arabia and the UAE rejected the unilateral decision of the STC. “Following the surprising announcement of a state of emergency by the Southern Transitional Council, we reemphasize the need to promptly implement the Riyadh Agreement,” the Saudi-led coalition said. “The coalition demands an end to any escalatory actions and calls for return to the agreement by the participating parties,” the statement continued. In a similar vein, the UAE rejected the decision and urged the full implementation of the Riyadh agreement. Our confidence in our Saudi brothers’ commitment to implementing the Riyadh agreement is absolute,” Anwar Gargash, the UAE’s minister of state for foreign affairs, said on Twitter. According to the November-dated agreement, the reorganization of several ministries was arranged. Moreover, more cooperation in several fields, including security was expected and motivated.