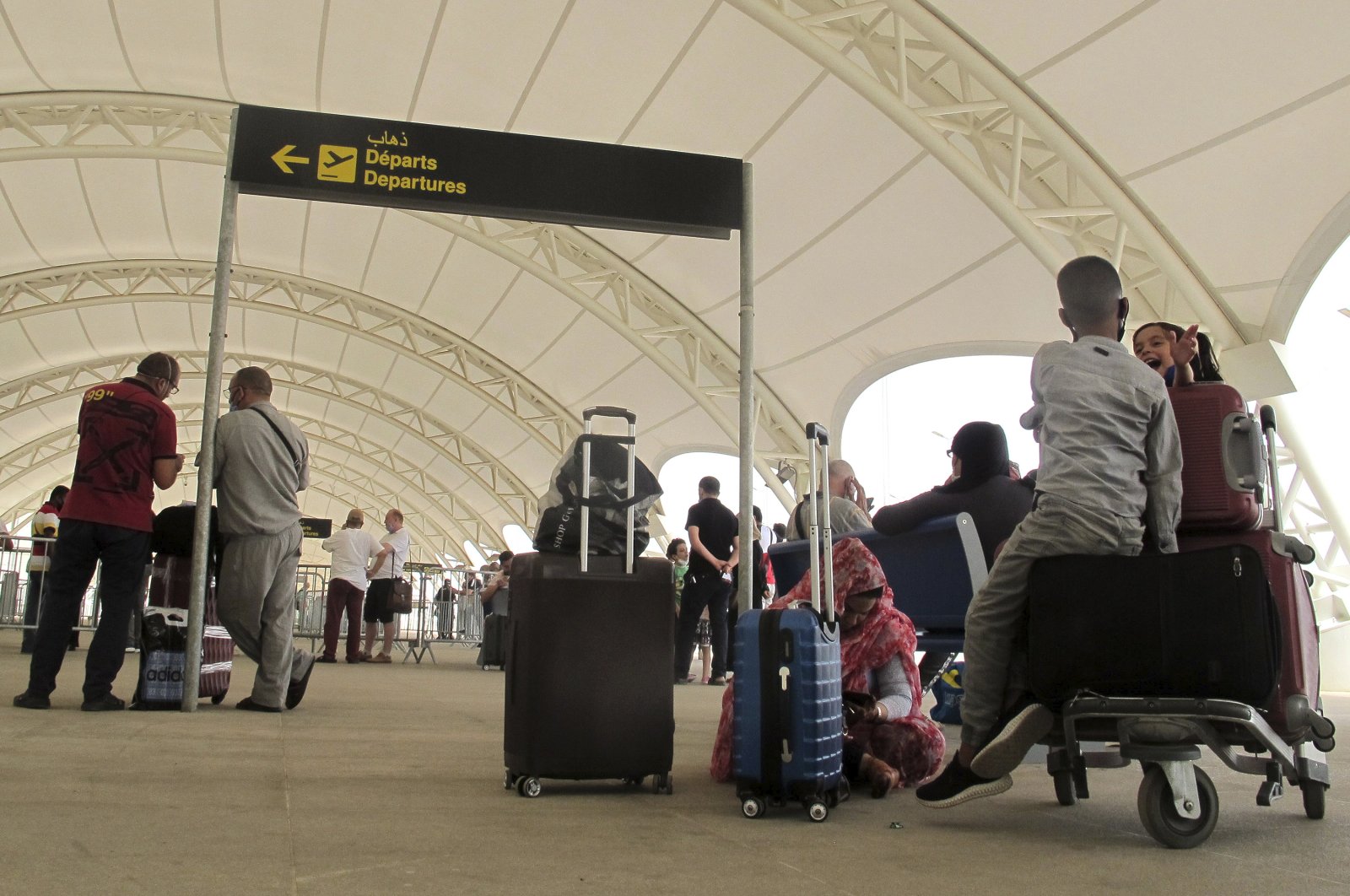 The remains of fighters who rebelled against French imperial rule are to be flown from France to Houari Boumediene International airport in Algiers, Algeria, pictured here on July 1, 2020. (AP Photo)
by French Press Agency - AFP Jul 02, 2020 5:26 pm
RECOMMENDED

Algerian President Abdelmadjid Tebboune on Thursday said France would return the remains of 24 resistance fighters who were killed during the period of its rule over the North African nation.

"Within a few hours, Algerian military planes will fly in from France and land at Houari Boumediene international airport with the remains of 24 members of the popular resistance," Tebboune said during a military ceremony.

Tebboune said some of the remains belonged to leaders of the resistance movement who were killed in the 19th century fighting against France, which occupied and ruled Algeria for 132 years.

In his speech, Tebboune said these resistance fighters "had been deprived of their natural and human right to be buried for more than 170 years."

One of the leaders whose remains are to be returned is Sheikh Bouzian, who was captured in 1849 by the French, shot and decapitated. The remains of two other key figures of the resistance – Bou Amar Ben Kedida and Si Mokhtar Ben Kouider Al Titraoui – are also among those expected back in Algeria.

The country won independence from France in 1962 after eight years of bitter conflict that left some 1.5 million Algerians dead.

Emmanuel Macron, the first French president to be born after the war, made his first official visit to Algeria in December 2017, announcing that he came as a "friend" despite France's historically prickly ties with its former colony.

At the time, he told news website Tout sur l'Algerie that he was "ready" to see his country hand back the skulls of Algerian resistance fighters.

Algerian and French academics have long campaigned for the return of 37 skulls held at the Musee de l'Homme in Paris. In December 2019, Macron said that "colonialism was a grave mistake" and called for turning the page on the past. During his presidential election campaign Macron had created a storm by calling France's colonization of Algeria a "crime against humanity."