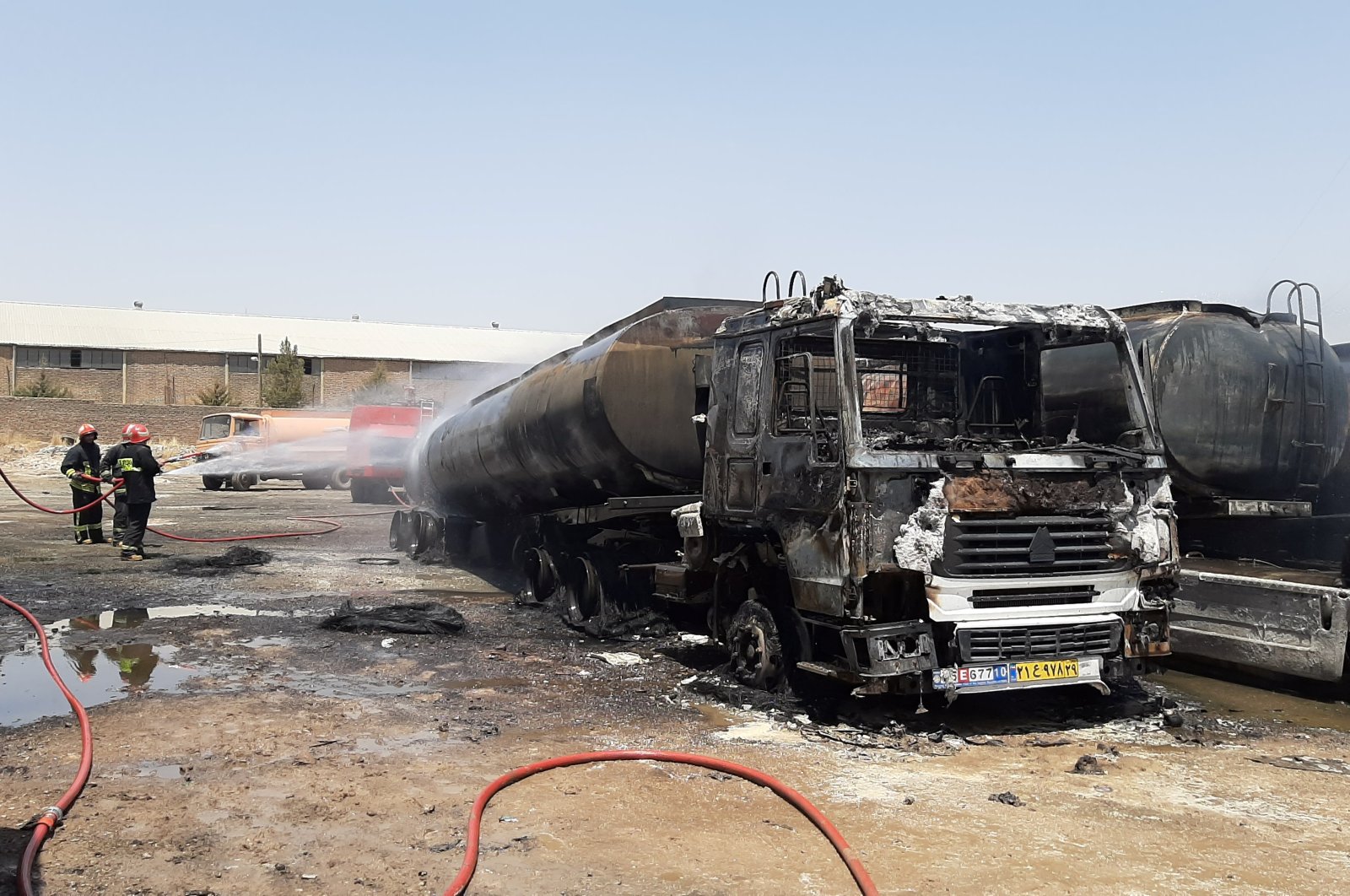 Firefighters put out the fire on fuel tanks after they were hit by an explosion in Kermanshah province, Iran July 28, 2020. (WANA Photo via Reuters)
by agencies Jul 28, 2020 1:31 pm
RECOMMENDED

Fuel tankers caught fire Tuesday at a semitrailer park near Iran's western city of Kermanshah, sending up a plume of smoke and sparking panic among residents, state media said.

The blaze broke out during repair work to a heavy vehicle before spreading to seven others, Governor Fazlollah Ranjbar said, quoted by the official IRNA news agency.

"Some 100 firefighters are trying to contain the fire in the area. There were no casualties, but some people were injured," the deputy head of Kermanshah's fire department, Keyvan Maleki, told Iranian Students News Agency (ISNA), adding that authorities were investigating the cause of the explosion.

Amateur footage aired on the state television's website showed black smoke billowing into the sky above people appearing to panic as firefighters move in.

But the governor denied there was an explosion.

"We did not have any explosions anywhere in the city today, and the black smoke that citizens see in the sky of Kermanshah metropolis was related to the fire in this lorry park," he said.

The blaze was contained by firefighters, and rescue efforts were still ongoing, he added.

The incident is the latest in a string of explosions and fires at military and civilian sites across Iran in recent weeks.

Two blasts rocked Tehran in late June, one near a military site and the other in a health center, the latter killing 19 people.

Fires or explosions also hit a shipyard in southern Iran this month and the Natanz nuclear complex in central Iran. Iranian authorities said the Natanz fire was an accident, before adding they would not reveal the cause for "security reasons."