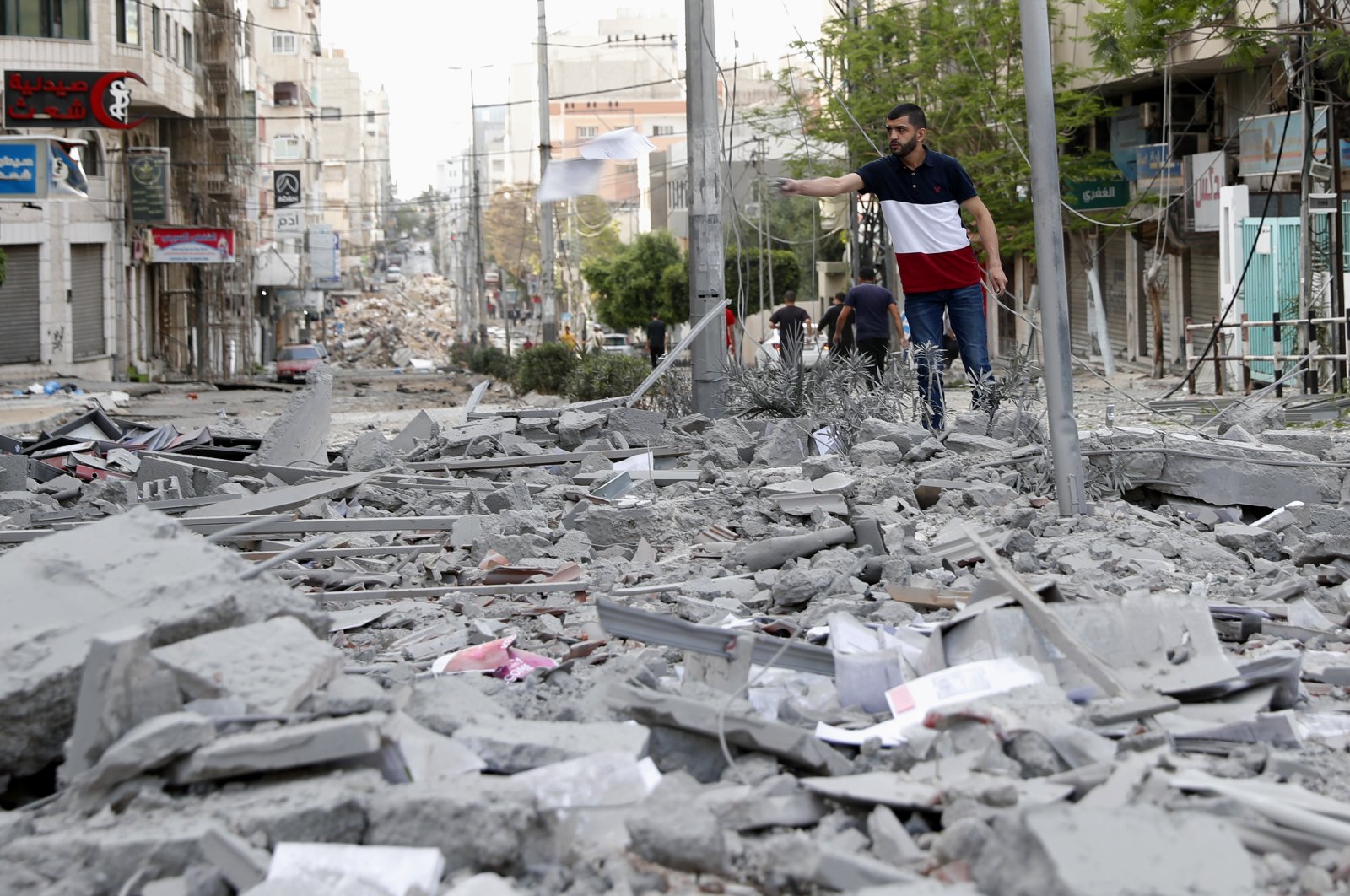 A man inspects the rubble following an Israeli airstrike on the upper floors of a commercial building near the Palestinian Health Ministry in Gaza City, Palestine, Monday, May 17, 2021. (AP Photo)
by Anadolu Agency May 17, 2021 11:07 pm