Gazans search through garbage for food amid unprecedented levels of poverty 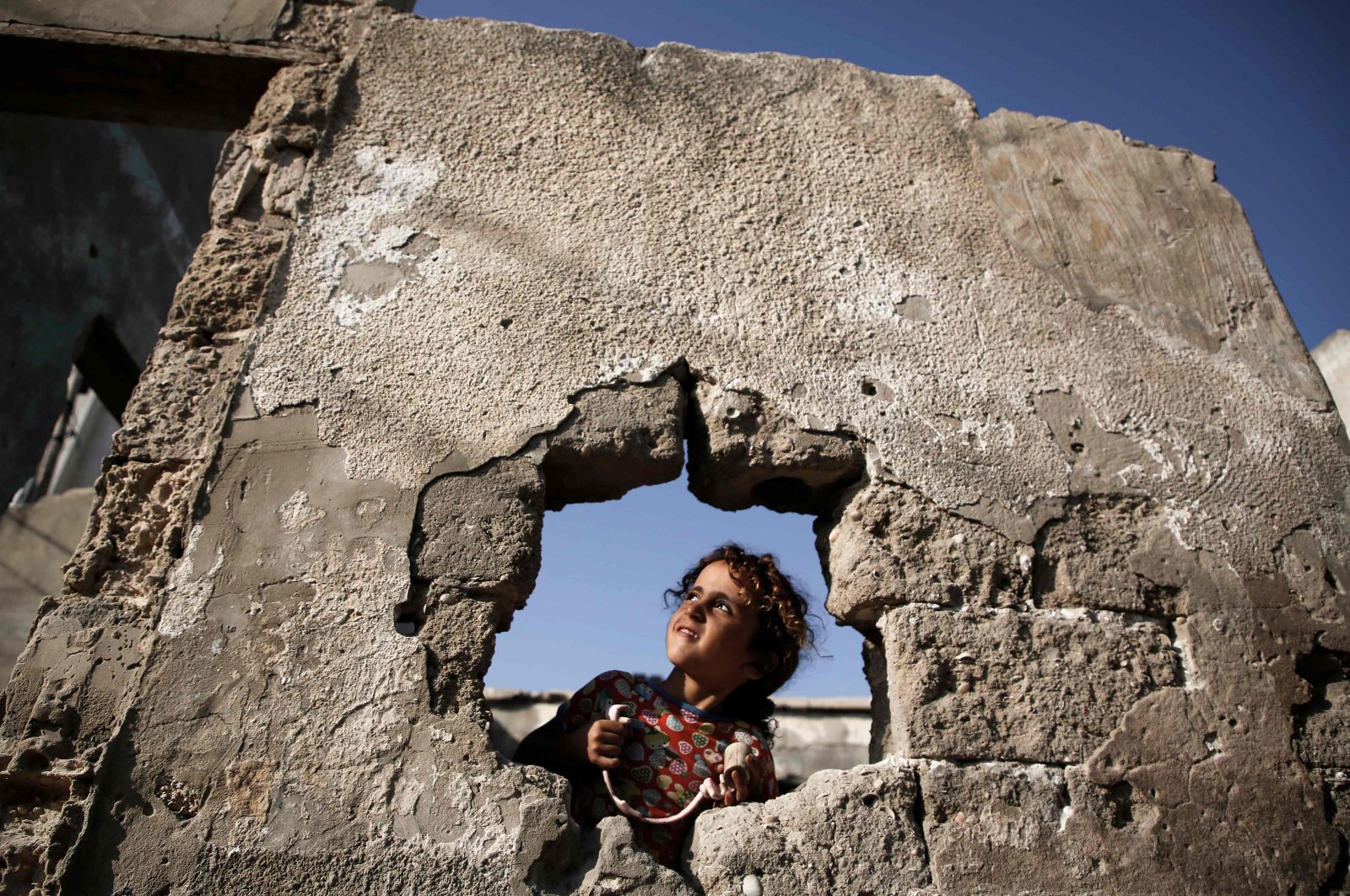 Palestinians living under a decadelong Israeli blockade in Gaza suffer unprecedented poverty as some are even forced to sifting through garbage for food, the head of U.N. agency for Palestinian refugees (UNRWA) said

Palestinians living in the Gaza Strip under a crippling Israeli-Egyptian blockade since 2007, are searching through garbage to find food, the head of the U.N. agency for Palestinian refugees (UNRWA) said Monday, revealing that the poverty and unemployment in the blockaded territory have risen to unprecedented levels as the situation is likely to worsen in light of the pandemic.

"In Gaza, people are going through the garbage," the UNRWA chief, Philippe Lazzarini said, as reported by the British newspaper, the Guardian. "More people are fighting to provide one or two meals a day to their families."

Lazzarini's comments came as the U.N. agency is suffering from a financial crisis that was sparked by the loss of all funding from the United States, its largest donor, in 2018.

The U.S. gave $360 million to UNRWA in 2017, but only $60 million in 2018, and nothing last year or so far this year. U.S. President Donald Trump said in January 2018 that the Palestinians must return to peace talks with Israel to receive U.S. aid money. He has since put forth a plan for resolving the conflict that heavily favors Israel and was rejected by the Palestinians.

Adding to that, the threat of coronavirus is ripping through refugee camps across the Middle East, home to many of the 5.6 million Palestinians across the region supported by the UNRWA.

Lazzarini said the U.N. agency is facing an estimated shortfall of about $200 million between now and the end of 2020 if the agency wants to maintain all the services in its five fields of operations, including schools, health centers and social welfare.

Gaza, measuring 375 square kilometers (145 square miles) is home to around 2 million Palestinians, more than half of them refugees. Since 2007, the besieged enclave has been under a crippling Israeli and Egyptian blockade that has gutted its economy and deprived its inhabitants of many vital commodities, including food, fuel and medicine.

In the long-embargoed enclave, the humanitarian situation has grown worse by the day as 90% of its land and sea boundaries and its access to the outside world is controlled by Israel and by Egypt on its narrow southern border. The U.N. warned in a 2012 report to the international community that Gaza will not be livable by 2020. In addition, the World Bank warned in 2018 that the Gaza economy was in "free fall," calling on Israel and the international community to take urgent action to avoid an "immediate collapse" in the Palestinian territory.

The UNRWA stated last year that there are now some 620,000 Gazans who live in abject poverty, meaning those who cannot cover their basic food needs and who have to survive on $1.60 per day and nearly 390,000 in absolute poverty.

As part of a growing humanitarian crisis in the besieged enclave, scores of Palestinians have long demonstrated against high unemployment rates in the Gaza Strip. With poverty rampant and unemployment high, many of its 2 million residents depend on services provided by UNRWA.

Based on a report from the World Bank, unemployment is now over 50% and over 70% among Gaza's youth. The poverty rate in the Gaza Strip has reached 80% during the more than decadelong Israeli blockade, according to the Palestinian General Federation of Trade Unions.