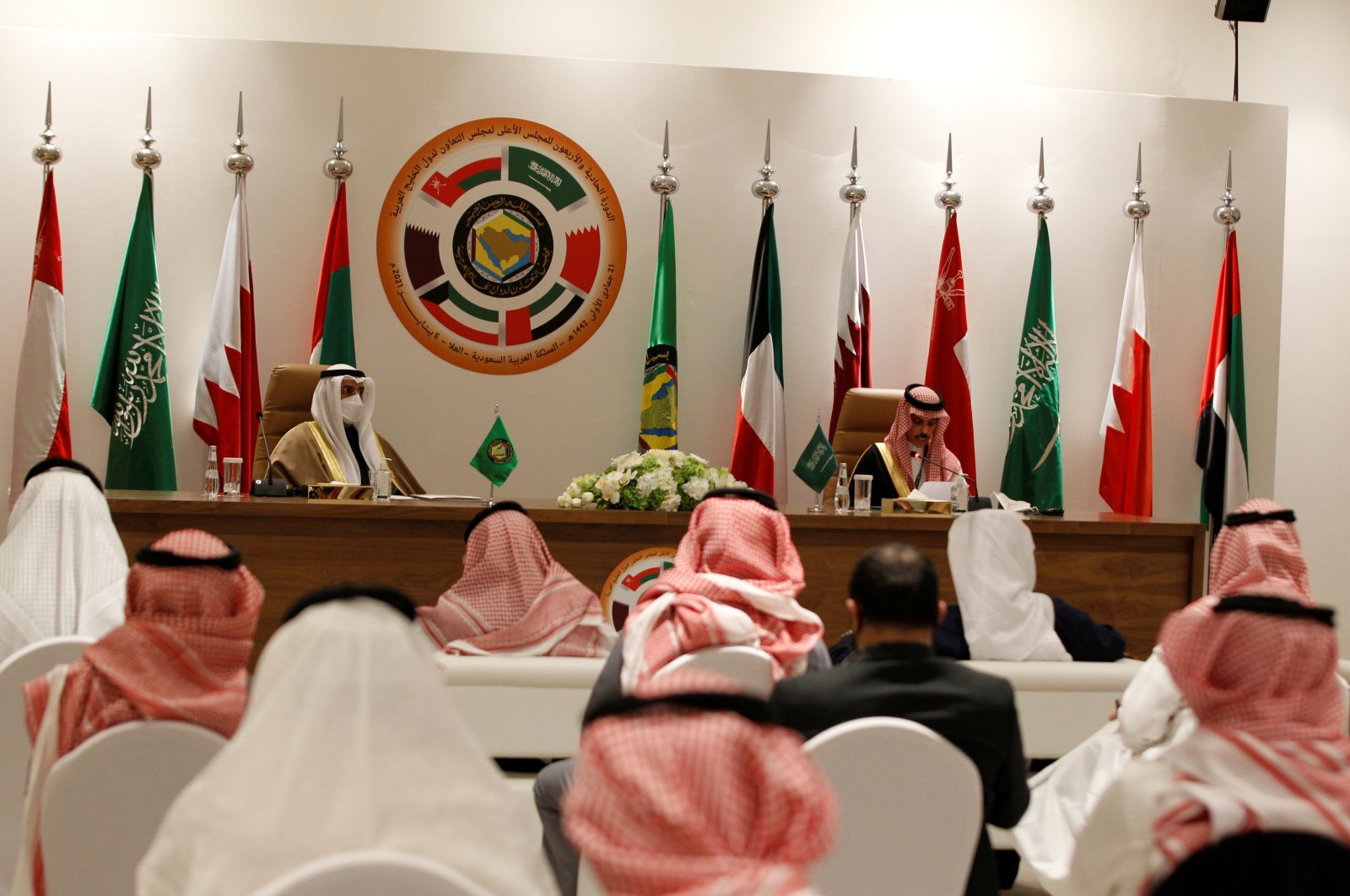 Saudi Arabia and its allies have restored full relations with Qatar after a landmark summit, ending a damaging rift that erupted in 2017.

The Saudi Foreign Minister Prince Faisal bin Farhan said Tuesday that his country, alongside the United Arab Emirates (UAE), Bahrain and Egypt are "pleased with having been able to achieve this very important breakthrough that we believe will contribute very much to the stability and security of all our nations in the region."

"We are at a place where everybody is satisfied and happy ... the returning of diplomatic relations, flights, etc., all of that will now go back to normal," he said, according to remarks carried by Agence France-Presse (AFP).

The foreign minister's remarks came after leaders of the six-nation Gulf Cooperation Council (GCC) signed a "solidarity and stability" declaration during the annual summit which took place in the ancient desert city of Al-Ula on Tuesday, following a Saudi announcement the day before they would open the kingdom's airspace and borders to Qatar, the first major step toward ending the diplomatic crisis that began in 2017, when the Trump administration was starting to raise pressure on Iran.

It was unclear what, if any, significant concessions Qatar had made before the summit. Still, an immediate shift in tone was palpable as one of Qatar’s Al-Jazeera Arabic news Twitter accounts shared photos of the Riyadh and Abu Dhabi skylines on Tuesday following years of critical coverage.

The diplomatic breakthrough followed a final push by the outgoing Trump administration and Kuwait to mediate the dispute. It also came as Saudi Arabia seeks to unify Arab ranks ahead of the incoming administration of President-elect Joe Biden, which is expected to take a firmer stand toward the kingdom and reengage with Iran.

Four nations, led by Saudi, cut ties and transport links with Qatar in June that year, alleging it backed radical groups and was too close to Riyadh's rival Iran – allegations Doha denied. At the start of the crisis, the boycotting countries issued a list of 13 demands to Doha, including the closure of Al-Jazeera and the shuttering of a Turkish military base in Qatar. Doha has not publicly bowed to any of the demands.

Meanwhile, Iranian Foreign Minister Mohammad Javad Zarif congratulated Qatar "for the success of its brave resistance to pressure & extortion." He also said in a message to other Arab leaders that "Iran is neither an enemy nor threat – especially with your reckless patron on his way out," referring to Trump.

Dania Thafer, executive director of Gulf International Forum, said Saudi Arabia is concerned about whether Biden will draw down the U.S. military presence in the Persian Gulf that had expanded under Trump and enter back into nuclear negotiations with Iran.

"If that is the case, then the (Arab) states need to respond with a regional solution to security. And I think resolving the Gulf crisis is one step forward toward that direction," she said, as The Associated Press (AP) reported.

Saudi Crown Prince Mohammed bin Salman (MBS), who embraced Qatari Emir Sheikh Tamim bin Hamad Al Thani upon his arrival at the summit, said the region needed to unite and face challenges posed by Iran's proxies and its nuclear and ballistic missile programs. He said the declaration signed by Gulf leaders and Egypt "emphasizes Arab and Gulf solidarity and stability, and reinforces the continuity of friendship and brotherhood between our countries."

Leaders of the six-nation Gulf Cooperation Council (GCC) signed two documents on Tuesday, the Al-Ula Declaration and a final communique, described by MBS as affirming "our Gulf, Arab and Islamic solidarity and stability." He called for unity to confront challenges facing the region, singling out "the threats posed by the Iranian regime's nuclear and ballistic missile program and its plans for sabotage and destruction."