Gulf tensions escalate after US' veiled warning to Iran 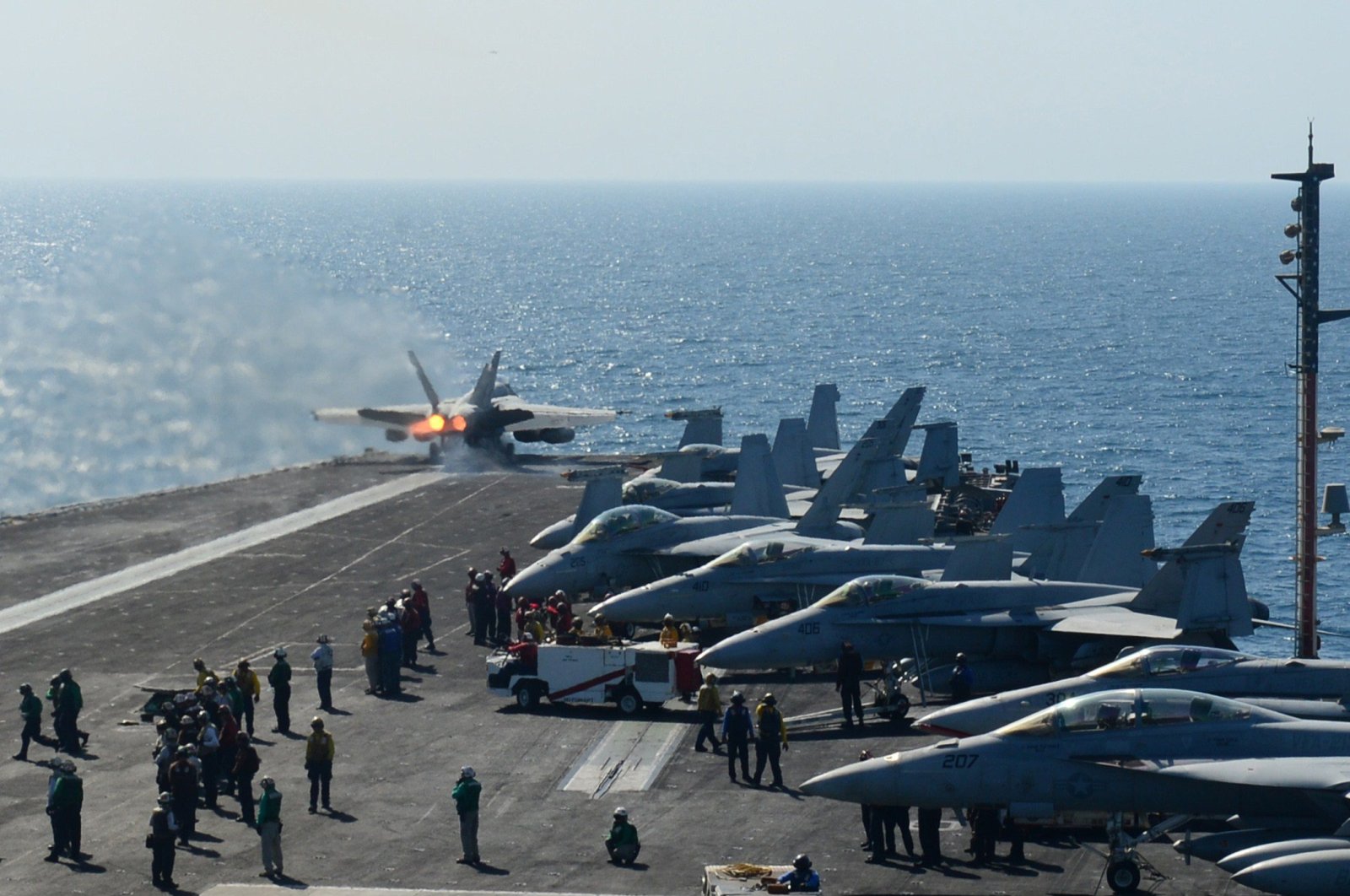 In this image released by the US Navy launches off the flight deck of the aircraft carrier USS George H.W. Bush during flight operations in the Arabian Gulf, June 17, 2014. (AFP Photo)
by Compiled from Wire Services May 20, 2020 11:47 am
RECOMMENDED

In an alert that appeared aimed squarely at Iran, the U.S. Navy issued a warning on Tuesday to mariners in the Gulf to stay 100 meters away from U.S. warships or risk being "interpreted as a threat and subject to lawful defensive measures."

"Armed vessels approaching within 100 meters of a U.S. naval vessel may be interpreted as a threat," according to the text of the notice.

A U.S. official, speaking on condition of anonymity, said the new notice to mariners was not a change in the U.S. military's rules of engagement. The Pentagon has stated that Trump's threat was meant to underscore the Navy's right to self-defense.

The Iranian navy will maintain regular missions in the Gulf, the ISNA news agency reported on Wednesday, a day after the U.S.' warning to mariners.

"The naval units of the Islamic Republic of Iran in the Persian Gulf and the Gulf of Oman will continue their regular missions in accordance with professional principles as in the past," ISNA quoted an unnamed military official as saying.

The notice to mariners, follows U.S. President Donald Trump's threat last month to fire on any Iranian ships that harass Navy vessels. In April, 11 Iranian vessels came close to U.S. Navy and Coast Guard ships in the Gulf, in what the U.S. military called "dangerous and provocative" behavior. At one point, the Iranian vessels came within 10 yards (9 meters) of the U.S. Coast Guard cutter Maui, the U.S. military said.

Trump's threat followed that incident, which Tehran, in turn, said was the fault of the U.S. The head of Iran's elite Revolutionary Guards responded to Trump by threatening to destroy U.S. warships if its security is threatened in the Gulf.

The back-and-forth is just the latest example of razor-sharp tension between Washington and Tehran, which has steadily escalated since 2018, when Trump withdrew from Iran's 2015 nuclear deal with six world powers and reimposed crippling sanctions.

Animosity reached historic heights in early January, when the U.S. killed top Iranian military commander Qassem Soleimani in a drone strike in Baghdad. Iran retaliated on Jan. 9 by firing missiles at bases in Iraq, causing brain injuries among U.S. troops at one of them. Close interactions with Iranian military vessels were not uncommon in 2016 and 2017. On several occasions, U.S. Navy ships fired warning shots at Iranian vessels when they got too close. But Iran had halted such maneuvers before the April incident.