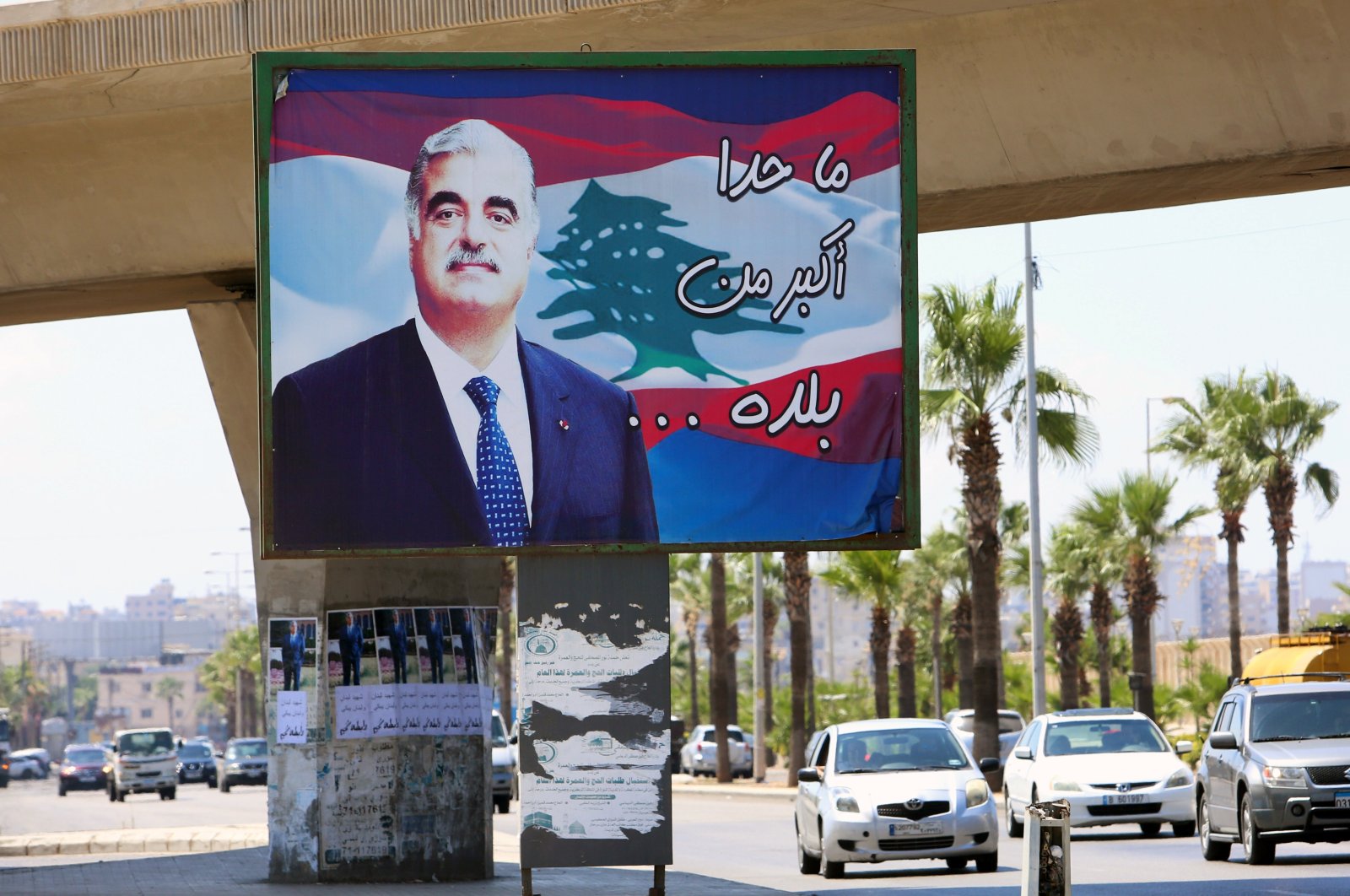 A billboard depicting Lebanon's former Prime Minister Rafik Hariri, who was killed in a bombing in 2005, is pictured in Sidon, southern Lebanon, Aug. 18, 2020. (Reuters Photo)
by Agencies Dec 11, 2020 1:38 pm
RECOMMENDED

A United Nations-backed tribunal sentenced a member of the Hezbollah militant group to five terms of life imprisonment Friday for his involvement in the 2005 assassination of former Lebanese Prime Minister Rafik Hariri.

The defendant, Salim Ayyash, has never been arrested and was not in court at the Special Tribunal for Lebanon (ATL) for Friday's sentencing hearing, as reported by The Associated Press (AP). The tribunal convicted Ayyash in August of being a co-perpetrator in five charges linked to the suicide truck bombing on Beirut's seafront on Feb. 14, 2005, that killed Hariri and 21 others, and injured 226.

Three alleged accomplices namely Assad Sabra, Hussein Oneissi and Hassan Habib Merhi were acquitted due to insufficient evidence. The judges added that there was no proof to tie Hezbollah's leadership or its allies in Damascus to the attack although it was probable "state actors" had been involved. Legal experts said the sentencing was still important, even without Ayyash in the dock.

"Mr. Ayyash participated in an act of terrorism that caused mass murder. His role ... was vital to the success of the attack," Presiding Judge David Re said. "The trial chamber is satisfied that it should impose the maximum sentence for each of the five crimes of life imprisonment, to be served concurrently," Re added.

Hariri’s assassination triggered a wave of demonstrations that pushed Syrian forces out of Lebanon after 30 years. Hariri was Lebanon’s Sunni premier until his resignation in 2004 over Syria’s role as a power-broker in the country. Prosecutors said during the trial that Hariri was assassinated because he was perceived to be a “severe threat” to Syrian control of the country.

The act of terrorism plunged Lebanon into what was then its worst crisis since its 1975-90 civil war, setting the stage for years of confrontation between rival political forces.

"Mr. Ayyash's crimes are extremely grave; he had a central role in the attack," Judge Janet Nosworthy said. "Lebanon is a parliamentary democracy; its politicians and leaders should be removed from office at the ballot box rather than by the bullet or a bomb," she said, as reported by Agence France-Presse (AFP).

The U.N. Security Council (UNSC) agreed in 2007 to establish the court, billed as the world's first international tribunal set up to probe terrorist crimes. It opened its doors in 2009, although the Hariri trial itself did not formally start until 2014. The court has cost at least $600 million to operate and has so far heard only four cases, two of them for contempt of court about news reports with information about confidential witnesses.