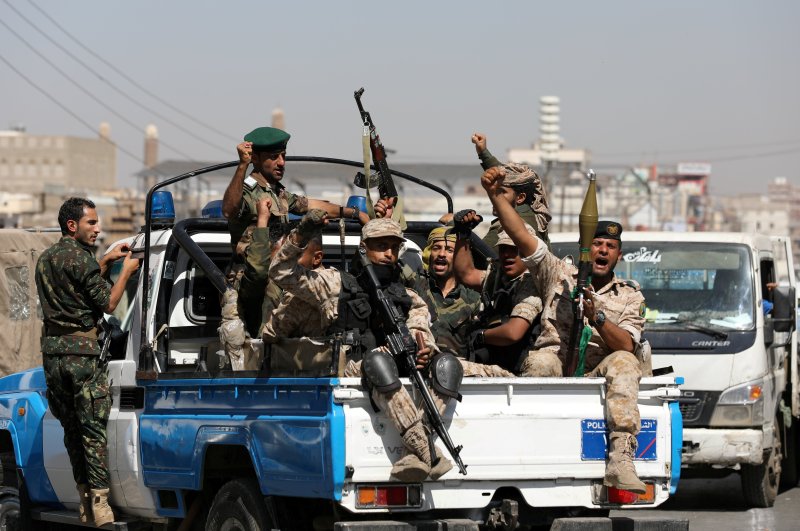 Yemen's Houthi rebels have seized control of a strategic town north of the capital, government officials said Sunday, in what analysts say could change the course of the five-year-old war.

The Iran-aligned militia captured al-Hazm, capital of the northern province of al-Jawf, enabling the rebels to pose a threat to neighboring oil-rich Marib province, a government military official told AFP.

Al-Jawf has been mostly controlled by the Houthis, but its capital – only 150 kilometers (90 miles) south of the border with Saudi Arabia – had been in the hands of the government.

Yemen's internationally-recognized government, backed by a Saudi-led military coalition, has been battling the Houthi rebels since 2014 after they captured the capital Sanaa and swathes of the impoverished Arab nation.

"The Houthi rebels have taken control of al-Hazm, the regional capital of al-Jawf, after fierce fighting with government troops who were forced to withdraw to neighboring Marib province," the official said.

According to other military sources, at least 30 government troops – including high-ranking officers – were killed in the battle over the past two days.

The Houthis also suffered dozens of casualties, the sources added.

Majed al-Madhaji, executive director of the Sanaa Centre, a Yemeni think tank, said the Houthis' capture of al-Hazm could be a game-changer.

"Control of the capital of al-Jawf could totally change the course of the war. Houthis have made an exceptional advance and are changing the balance" in their favor, Madhaji told AFP.

He said the advance would enable the rebels to surround Marib, the most significant territory in the hands of the government.

It also secures supply lines between Sanaa and the Houthi northern stronghold of Saada, al-Madhaji said.

Since the Saudi-led coalition intervened in March 2015, tens of thousands of people, mostly civilians, have been killed and millions displaced, in what the U.N. has termed the world's worst humanitarian crisis.