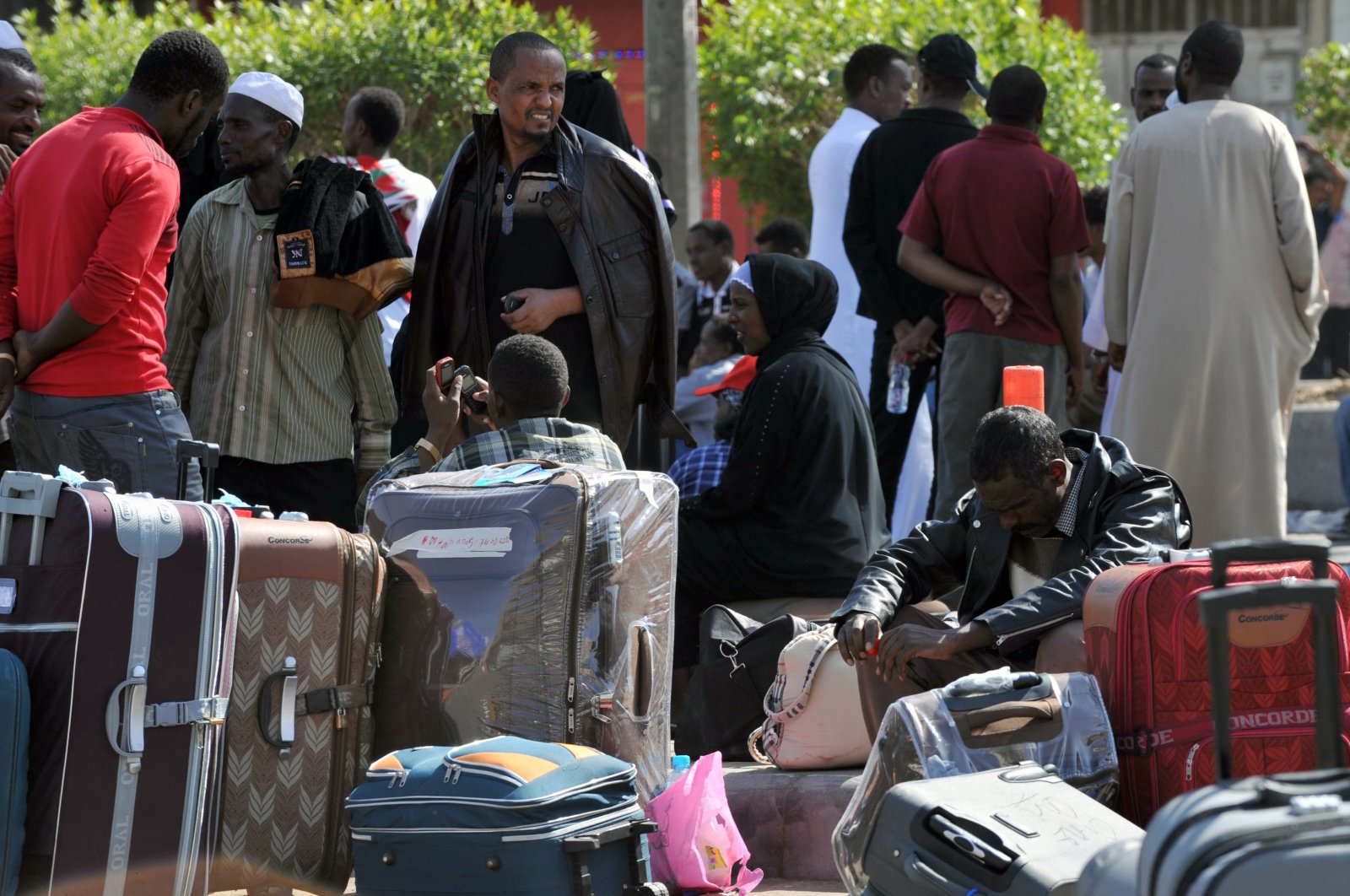 Foreign workers wait with their belongings before boarding police buses transferring them to an assembly center prior to their deportation in Riyadh, Saudi Arabia, Nov. 12, 2013. (AFP Photo)
by German Press Agency - DPA Dec 16, 2020 2:37 pm
RECOMMENDED

Migrant workers have been tortured and beaten while detained in an overcrowded deportation center in Saudi Arabia, Human Rights Watch (HRW) said Tuesday, urging authorities to put an end to the abuse and release the vulnerable detainees.

Hundreds of mostly Ethiopian migrant workers are being held at a deportation center in Riyadh in degrading conditions, the group said. Detainees say they are being held in overcrowded rooms and are beaten by guards using rubber-coated metal rods. There have been at least three allegations of deaths in custody between October and November.

The majority of detainees were arrested for not having valid residency permits. Many migrants are concerned about contracting COVID-19, as no measures to ensure social distancing or hygiene standards are in place.

They have no access to shower facilities or soap, while hundreds share between two and five toilets. No mattresses are provided and detainees claim they do not have enough space to lie down, so some sleep during the day and others at night.

"Saudi Arabia, one of the world's richest countries, has no excuse for detaining migrant workers in appalling conditions, in the middle of a health pandemic, for months on end," said Nadia Hardman, refugee and migrant rights researcher at HRW. In October, an Amnesty International report said Ethiopian migrants held in Saudi detention centers were subject to crowded cells, a lack of food, as well as electric shock torture techniques and beatings that have resulted in deaths and suicide attempts.