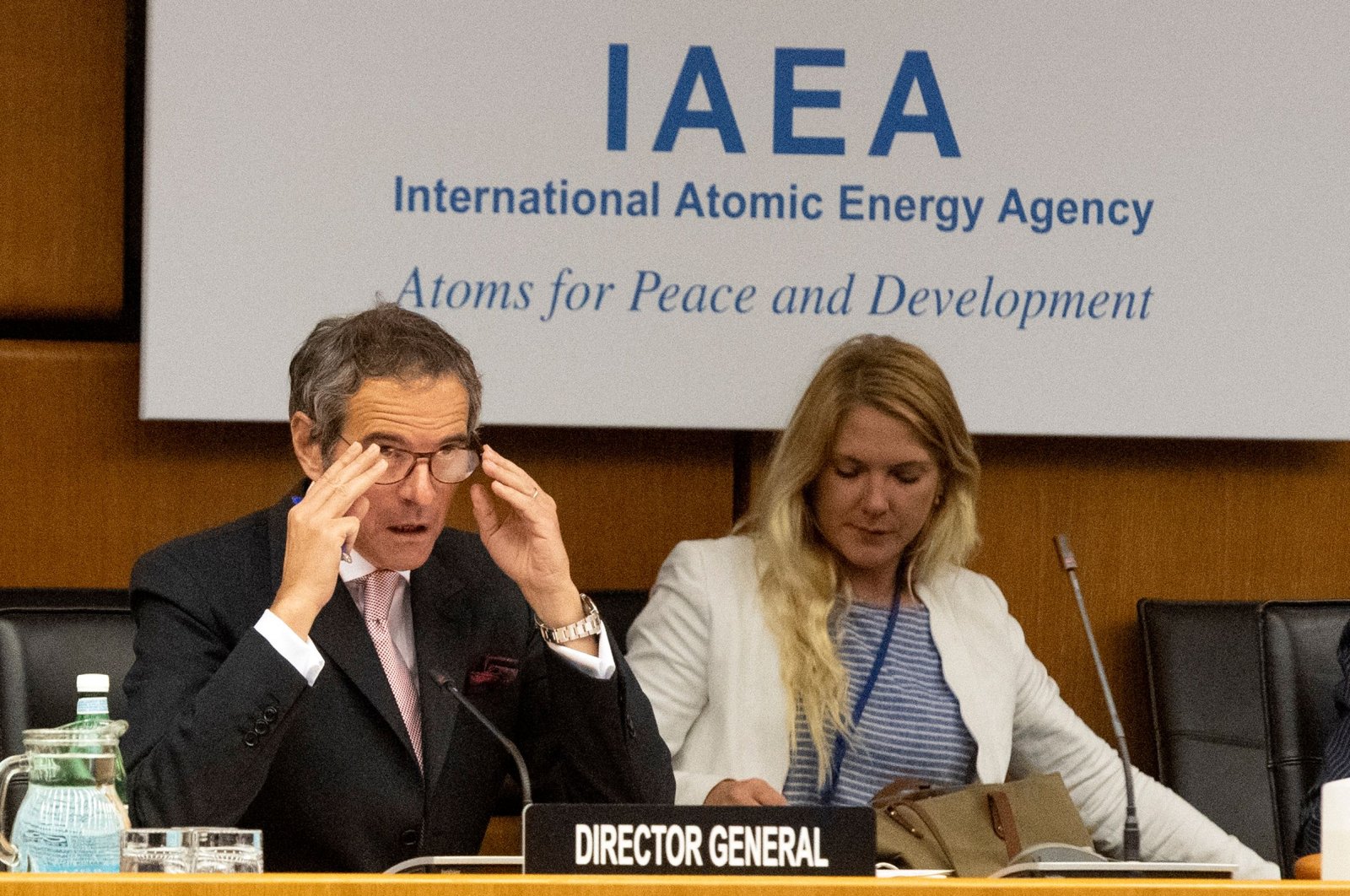 The board of governors at the U.N.'s nuclear watchdog passed a resolution critical of Iran on Friday, the first of its kind since 2012, as tension mounts over Tehran's nuclear program.

The resolution urges Tehran to provide inspectors from the International Atomic Energy Agency (IAEA) with access to two sites in Iran to clarify whether undeclared nuclear activity took place there in the early 2000s.

It "calls on Iran to fully cooperate with the agency and satisfy the agency's requests without any further delay, including by providing prompt access to the locations specified by the agency."

Iran has been blocking access to the sites for months, prompting a growing diplomatic row.

The resolution was carried by 25 votes in favor versus two against, with seven abstentions: South Africa, India, Pakistan, Thailand, Mongolia, Azerbaijan and Niger.

Russia and China, both of which had spoken out against the prospect of a resolution earlier this week, voted against it.

The resolution was put forward by France, Germany and Britain, and supported by the United States, though the American ambassador to the U.N. in Vienna had said "the text could be strengthened."

Earlier this week Iran warned that such a resolution would be "counterproductive" and that it would take "appropriate measures" in response.

Russia's Ambassador to the U.N. in Vienna Mikhail Ulyanov echoed that position after the resolution was passed Friday.

"While stressing the need for Tehran and IAEA to settle this problem without delay, we believe that the resolution can be counterproductive," he tweeted.

Even though the sites in question are not thought to be directly relevant to Iran's current nuclear program, the agency says it needs to know if activities going back almost two decades have been properly declared and all materials accounted for.

Despite the row over the two sites, the IAEA says it still has the access it needs to inspect Iran's declared nuclear facilities, as per its mandate under the landmark deal between Iran and world powers reached in 2015.

However, the latest dispute comes as that deal further unravels, with Iran continuing to breach its limits on nuclear activity in retaliation to the U.S. withdrawing from the accord in 2018 and reimposing sanctions.

Speaking to reporters after the resolution was passed on Friday, IAEA Director-General Rafael Grossi said it would be "absolutely unacceptable" if an example were to be set that states can be selective in their implementation of agreements with the U.N. agency.

"There are no exceptions. There is no additional protocol a la carte," Grossi said, referring to the agreement under which the IAEA requested access to the sites.

"I intend to sit down with Iran very soon and to try to solve this as soon as possible," he said, adding that Iran's Ambassador to the U.N. in Vienna Kazem Gharib Abadi would be his first port of call.

Earlier this week Gharib Abadi argued in a statement that the IAEA's access requests were based on allegations from Iran's archenemy Israel.

Additional information provided by the IAEA in support of its requests "were merely some commercial satellite imageries that contained no convincing underlying reason" to provide access, he said.

Also on Friday the British Foreign Office said that Foreign Secretary Dominic Raab would be meeting his French and German counterparts in Berlin with "a diplomatic solution to Iran's destabilizing activities in the Middle East" on the agenda.