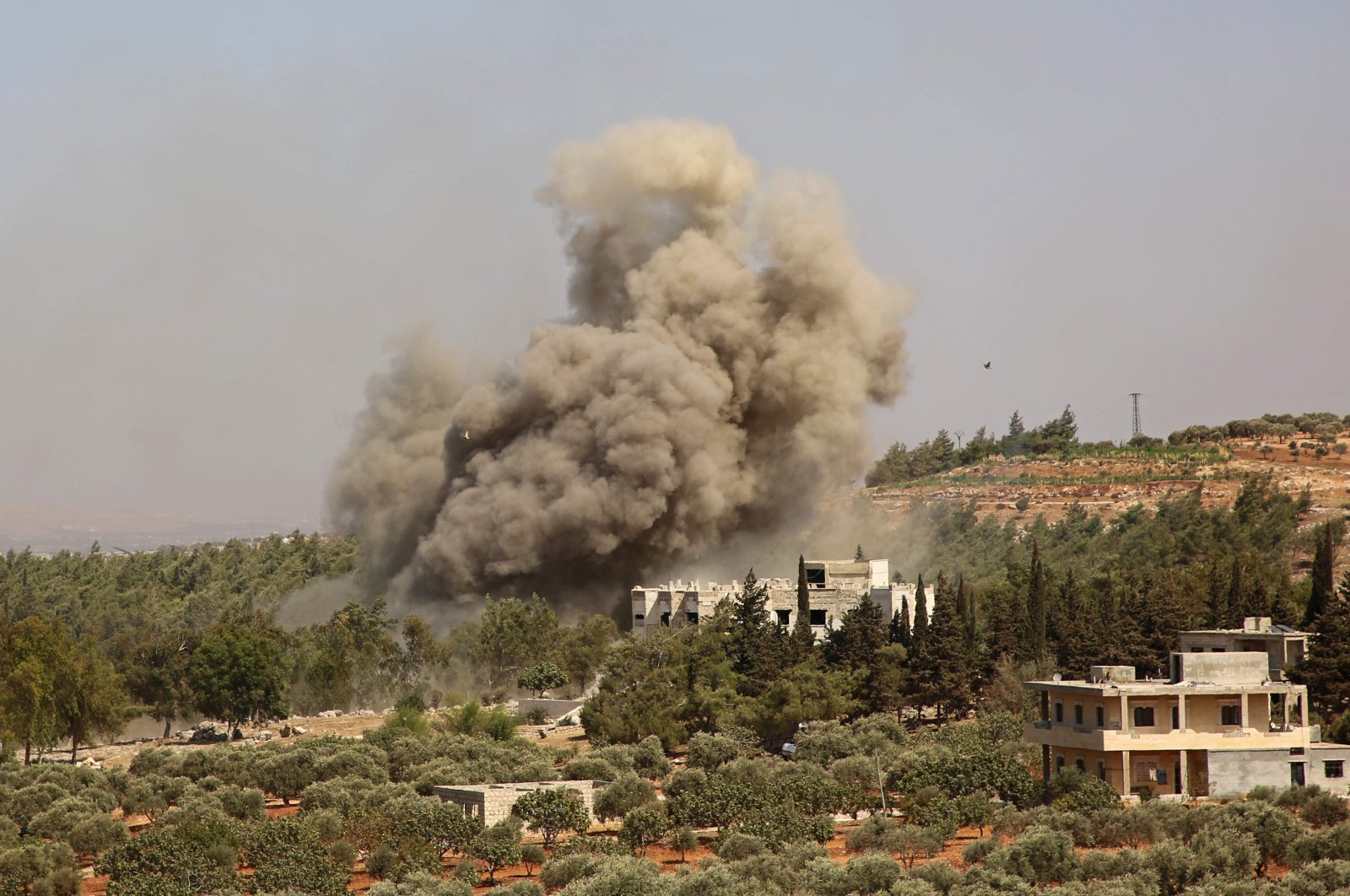 In this file photo, smoke billows following a reported airstrike on the western outskirts of the Syrian province of Idlib, Sept. 20, 2020. (AFP Photo)
by Agencies Jan 13, 2021 10:24 am
RECOMMENDED

Dozens of fighters were killed or wounded, according to an opposition war monitor. Syria’s state news agency SANA said the strikes hit areas in and near the towns of Deir el-Zour, Mayadeen and Boukamal along the border with Iraq. It gave no further details.

An opposition war monitor reported at least 18 strikes in Deir el-Zour as well as along the border with Iraq, saying several arms depots were hit. The Britain-based Syrian Observatory for Human Rights said 57 people were killed, including 14 Syrian regime forces, 16 Iraqi militias and 11 Iran-backed fighters.

A senior U.S. intelligence official with knowledge of the attack told The Associated Press (AP) that the airstrikes were carried out with intelligence provided by the U.S. and targeted a series of warehouses in Syria that were being used as a part of the pipeline to store and stage Iranian weapons.

"They burnt Iranian positions in Deir el-Zour,” said Omar Abu Laila, a Europe-based activist from Deir el-Zour who runs an activist collective that reports on news in the border area.

It was the second wave of Israeli raids in Syria in less than a week. The last strikes on Jan. 7 targeted positions in southern Syria and south of the capital Damascus, killing three pro-Iran fighters.

Israel routinely carries out raids in Syria, mostly against targets affiliated with Iran in what it says is a bid to prevent its arch-foe from securing a further foothold along its borders.

Israel hit around 50 targets in Syria in 2020, according to an annual report released in late December by the Israeli military. The Israeli military has carried out hundreds of air and missile strikes on Syria since the civil war broke out in 2011, targeting Iranian and Lebanese Hezbollah forces as well as regime troops. The Jewish state rarely acknowledges individual strikes but has done so when responding to what it describes as aggression inside Israeli territory.

The U.S. official, who requested to remain anonymous due to the sensitivity of the matter, said Secretary of State Mike Pompeo discussed Tuesday’s airstrike with Mossad Chief Yossi Cohen, Israel’s spy agency, at Cafe Milano in Washington on Monday.

According to Western intelligence sources, Israel’s strikes on Syria are part of a shadow war approved by Washington and an extension of the anti-Iran policy that has managed to undermine Iran's expansionist military goals without triggering a major increase in hostilities. Israeli defense officials have said in recent months that Israel would step up its campaign against Iran in Syria where, with the help of its proxy militias, Tehran has expanded its presence.