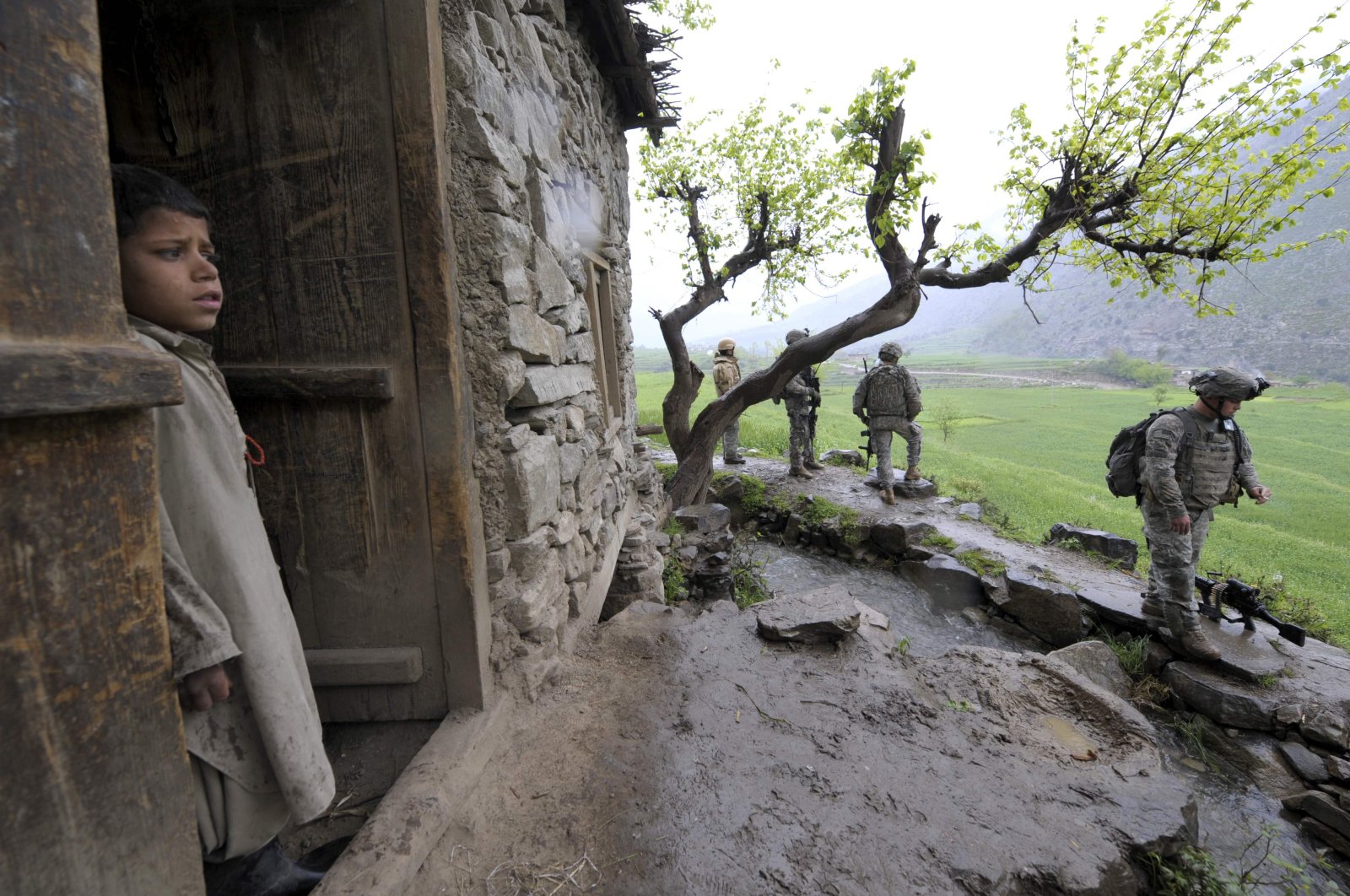 An Afghan boy watches U.S. soldiers from the first Infantry Division patrolling in a village during a mission searching for a weapon cache, Nishagam, April 8, 2009. (AFP Photo)
by Compiled from Wire Services Mar 13, 2020 11:48 am
RECOMMENDED

Almost two weeks after the U.S. and Taliban signed a deal paving the way for intra-Afghan peace talks, negotiations have shown few signs of ever materializing.

The Office of the Afghan National Security Council released a statement late on Thursday, reporting that a six-person government delegation that was sent to Qatar a day prior to the signing of the agreement had since returned to Kabul. There was no mention of the Kabul delegation having met with representatives of the Taliban, which has a political office in Qatari capital, Doha.

The delegation had been sent to prepare the agenda for future negotiations. Earlier, a government spokesman told dpa that the delegation had been kept waiting and had not been able to meet with the Taliban. Without offering details, the statement said the government also planned to send another delegation. After the arrival of the delegation in Kabul, Afghan National Security Advisor Hamdullah Mohib was quoted in a separate statement as saying that "Afghanistan will abandon its active posture of defense unless the Taliban reduce their violent aggression."

On Wednesday, the U.S. chief negotiator Zalmay Khalilzad echoed the latter's concern, saying that the level of violence from the Taliban was still too high.

When Washington and the Taliban insurgents signed their accord on Feb. 29, the next crucial step was seen as the launch of intra-Afghan talks during which all sides, including the Taliban, would negotiate a road map for the country’s future. Such talks look to hammer out such thorny issues as women’s rights, free speech and the fate of tens of thousands of armed men on both sides of the 18-year war.