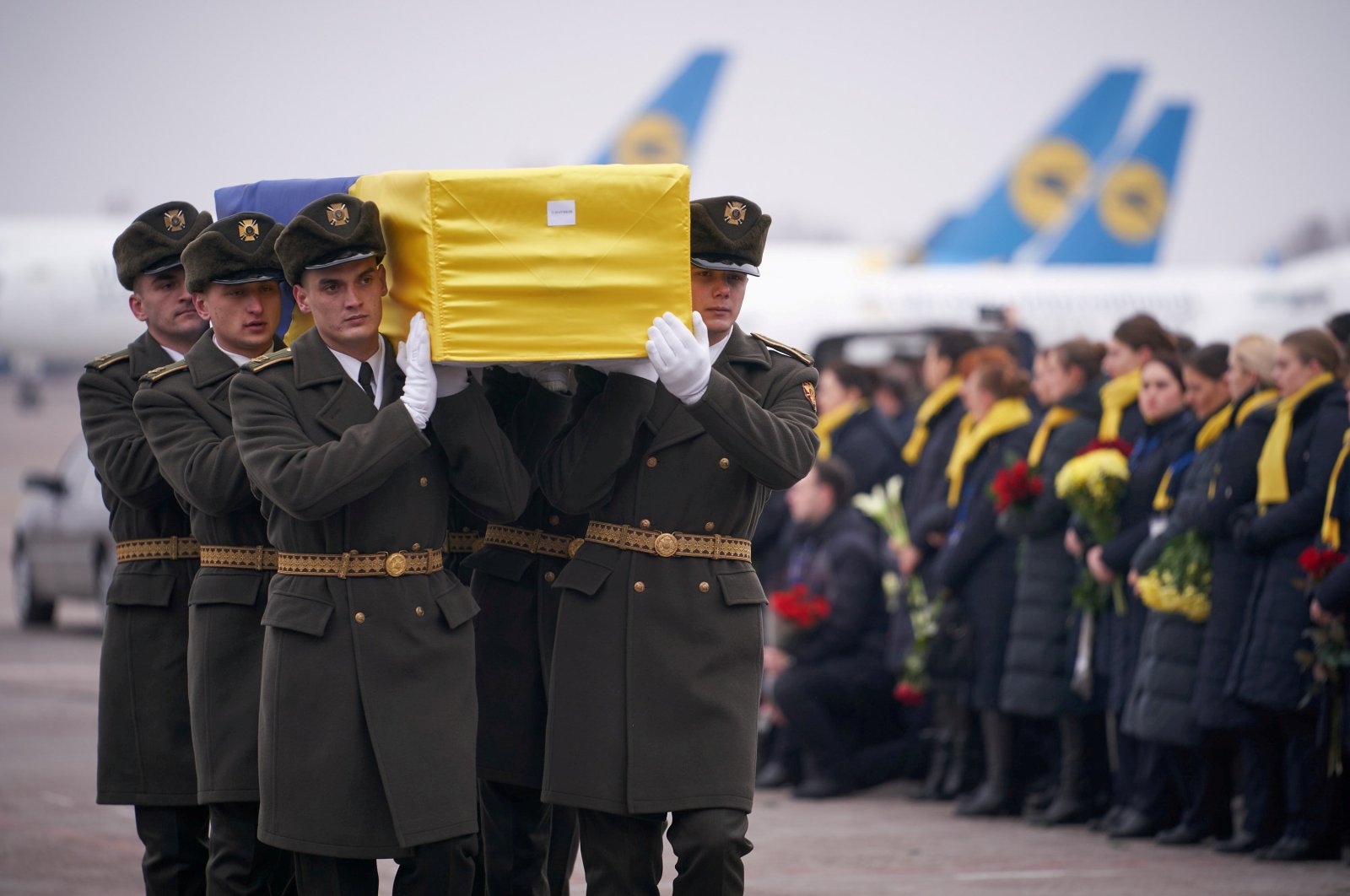 Soldiers carry a coffin containing the remains of one of the 11 Ukrainian victims of the Ukraine International Airlines flight 752 plane disaster during a memorial ceremony at the Boryspil International Airport, outside Kyiv, Ukraine, Jan. 19, 2020. (Ukrainian Presidential Press Service via Reuters)
by German Press Agency - DPA Sep 09, 2020 12:46 pm
RECOMMENDED

Iran will negotiate the payment of damages to relatives of the victims of a Ukrainian passenger plane accidentally shot down by the Iranian military in January, the head of the national aviation authority told Islamic Republic News Agency (IRNA) on Wednesday.

Touraj Dehghani-Zanganeh said his country was open to paying damages to relatives of the 176 victims based on international regulations and had called a meeting with the affected countries in Tehran for Oct. 18.

The Ukraine International Airlines (UIA) Boeing 737 was shot down by Iranian air forces shortly after takeoff on Jan. 8, killing all 176 on board.

The passengers were from Ukraine, Iran, Canada, Afghanistan, Britain and Sweden.

Iran had initially blamed the crash on a technical problem but then admitted to unintentionally shooting down the airliner amid heightened tensions with U.S. forces in neighboring Iraq.

In its final report on the crash from mid-July, the Iranian aviation agency spoke of "human error," saying that a malfunctioning radar system caused communication problems with the responsible military unit.

Last month, the Iranian Central Insurance Organization had still declined compensation for relatives of the victims, saying that the plane was insured by Ukrainian and European companies, which should therefore pay the damages.

However, the Iranian Foreign Ministry then declared it was willing "in principle" to pay damages as soon as technical and legal aspects were clarified.