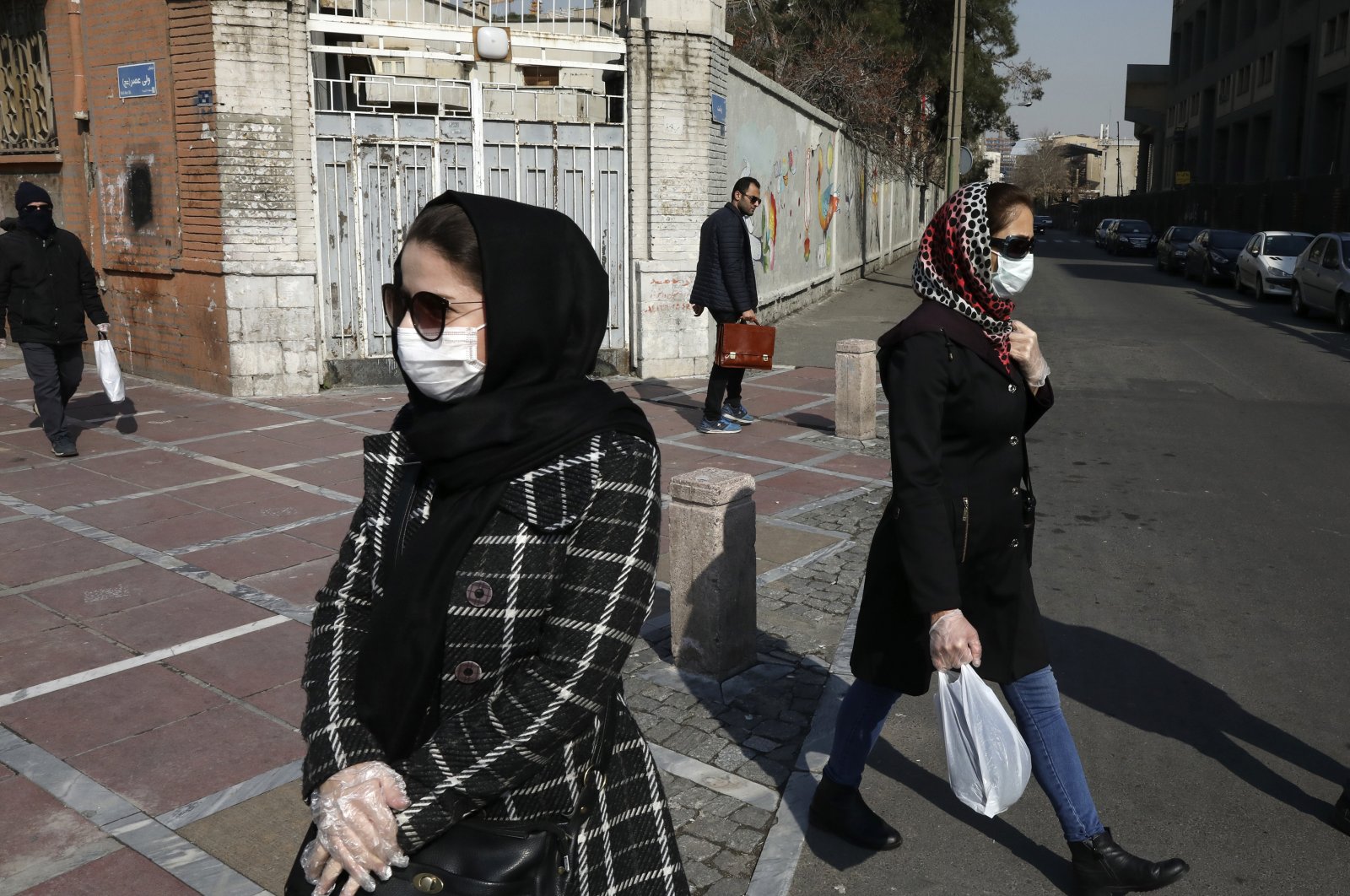 Iran said Thursday it had asked for an emergency $5 billion loan from the International Monetary Fund to help fight the spread of a new virus that's swept across the country, infecting more than 10,000 people and killing hundreds.

Iran's Health Ministry spokesman Kianoush Jahanpour announced in a now-daily televised news conference that 75 people had died in the past 24 hours and more than 1,000 new cases of infection had been confirmed, pushing the death toll to 429 and confirmed cases to 10,075.

In a tweet Thursday, Iran's Foreign Minister Mohammad Javad Zarif urged the IMF to “stand on right side of history & act responsibly” by releasing the funds through the international lender's Rapid Financial Instrument. Iran's Central Bank chief Abdolnasser Hemmati said Thursday he made the request for $5 billion last week in a letter to IMF chief Kristalina Georgieva. The IMF has said it stands ready to support countries battling the virus.

Iran has not received assistance from the IMF since a "standby credit" issued between 1960 and 1962, according to the fund's data.

Iran's economy has been battered by U.S. sanctions, which have choked Tehran's ability to sell its oil. The recent outbreak of the virus there has compounded its economic woes, with all of Iran's neighbors closing their borders to Iranians and multiple nations cutting travel links with Iran, including shipping in some cases, which is affecting imports, as well.

Zarif tweeted that the fight against the virus had been "stymied by vast shortages caused by restrictions," a reference to the U.S. sanctions.

For most people, the new coronavirus causes only mild or moderate symptoms, such as fever and cough. For some, especially older adults and people with existing health problems, it can cause more severe illness, including pneumonia. The vast majority of people recover from the new virus and the COVID-19 illness it causes.

Because the there is still no vaccine for the infectious disease, countries are implementing tough measures to restrict its spread, as well as the impact an outbreak could have on emergency rooms and intensive care units.

Countries in the region have imposed their own varying levels of travel restrictions, from wholesale halting of all commercial flights in Kuwait, to Saudi Arabia banning travel to 39 countries.

Meanwhile, there's been a spike in cases in the Gulf Arab states, with most infected people either in Iran or having recently traveled there.

Regional stock markets were also down, reflecting investor concerns and nerves felt globally as oil prices plunge and tourism revenue is eroded by the virus. The World Health Organization on Wednesday officially designated the outbreak a “pandemic."

Multiple top officials in Iran — from its senior vice president to Cabinet ministers, members of parliament, Revolutionary Guard members, health workers and health ministry officials — have contracted the virus. Some of those officials have died.

There are concerns that the number of infections across Iran is much higher than the confirmed cases reported by the government, which is struggling to contain or manage its spread. The rising casualty figures each day in Iran suggest the fight against the new coronavirus is far from over.

Outside of Iran, only Iraq, Egypt and Lebanon have recorded deaths from the virus in the Middle East. Iran has one of the world's worst death tolls outside of China, the epicenter of the outbreak.

Confirmed cases in Israel rose to 100 on Thursday, alongside 31 cases in the West Bank and none reported in the Gaza Strip. Starting Thursday night, Israel will ban foreigners from entering the country, unless they're able to prove they can self-quarantine for two weeks.

A third Lebanese man died from the coronavirus, state-run National News Agency said Thursday. It said the man's immune system was impaired because he had cancer. Local media reported the man was 79 years old and that the virus was transmitted to him from the first man who had died in Lebanon earlier this week.

This week, Qatar reported a massive jump in cases of the new coronavirus late Wednesday with 262 now infected. The more than 200 new cases had been found in quarantine. In Bahrain, confirmed cases also rose by nearly 70% to 189 confirmed cases, after some 77 new cases were confirmed on a returning flight of Bahrainis from Iran.

Kuwait on Thursday closed all workplaces and non-essential business for two weeks, including restaurants, cafes and health clubs. Schools and universities have already been suspended. All commercial flights are being halted to Kuwait starting Friday. The country has over 70 confirmed cases of the new virus.

Egypt, the Arab world's most populous country, reported seven more cases late Wednesday, bringing the country’s total number of cases to 67. In the southern tourist-driven city of Luxor, 70 Egyptian workers and guides remained in quarantine on a Nile cruise ship. Earlier this week, 83 foreign tourists left quarantine on the ship and flew home week after testing negative for the virus.

Saudi Arabia announced a jump in cases from 21 to 45 late Wednesday, among them 12 Egyptians under quarantine in Mecca, where Muslim pilgrimages have been suspended. The kingdom also said Thursday that groups of more than 50 could not gather in public, potentially impacting communal Friday prayers.