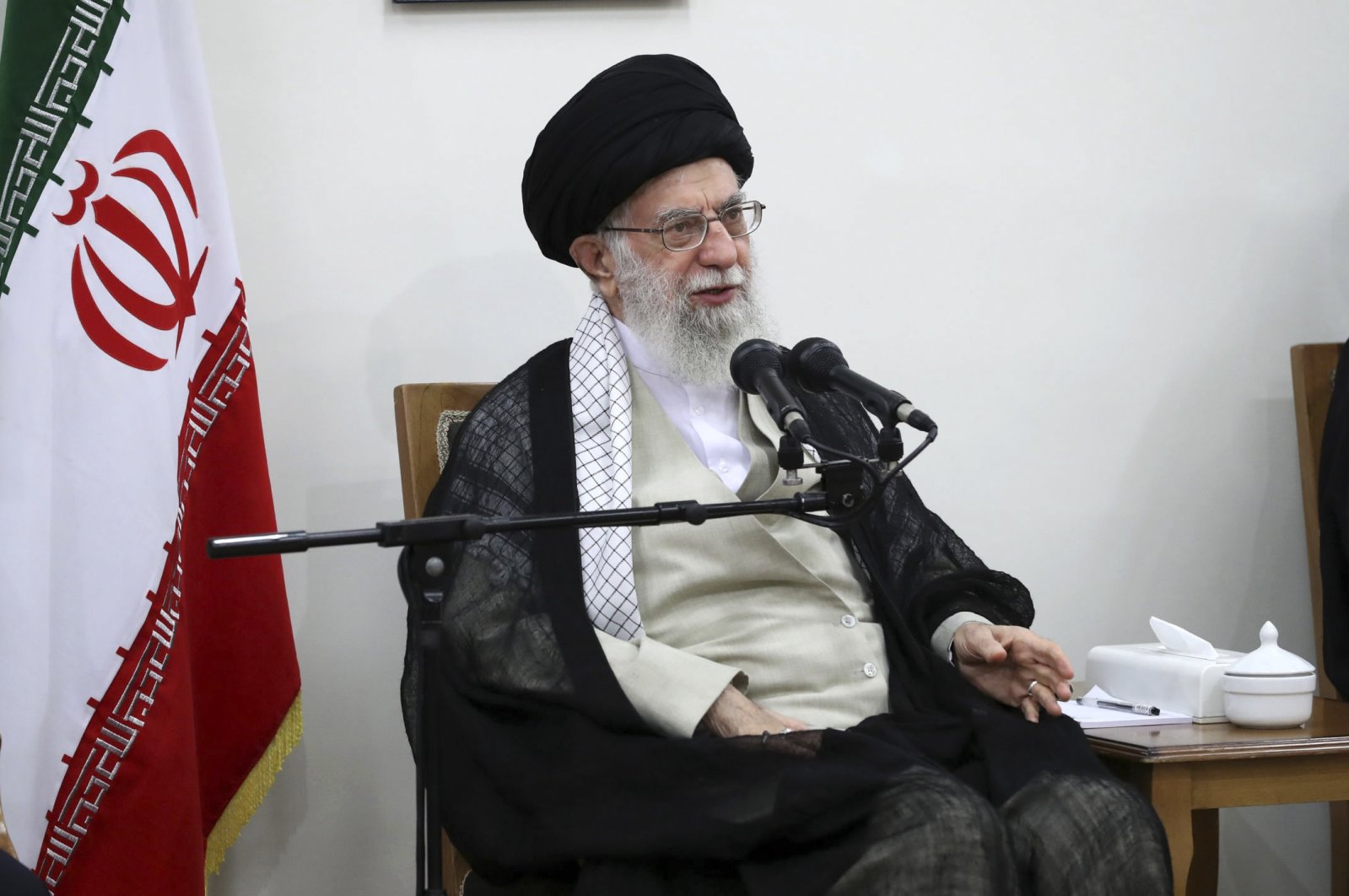 In this picture released on June 19, 2019, by the official website of the office of the Iranian supreme leader, Supreme Leader Ayatollah Ali Khamenei speaks in a meeting at his residence in Tehran, Iran. (AP Photo)
by Anadolu Agency May 25, 2021 1:41 pm
RECOMMENDED

In an announcement on Tuesday, the government body tasked with supervising the vote and vetting candidates said only seven candidates out of 592 who had registered last week passed the weeklong vetting process.

Abbas Ali Kodkhodaei, a spokesperson for the Guardian Council, said the list has been sent to the Interior Ministry, which will make an official announcement. He, however, did not specify the names of the approved candidates.

The list, however, did not include the names of key reformist candidates, including Ishaq Jahangiri, the first deputy of President Hassan Rouhani.

Iran will go to the polls on June 18 to elect a new government as Rouhani's reformist government completes two terms in office. A sitting president cannot run for a third time in succession, according to Iran's Constitution.

A total of 592 candidates had earlier this month registered to run in the polls, before their nominations were sent to the Guardian Council for vetting.

Speculation had been rife over the past week about the likelihood of some key reformist and conservative figures facing disqualification from the Guardian Council, which recently came out with a directive setting new criteria for presidential hopefuls.

According to the directive, any candidate must be between 40 and 75 years old, must possess a master's degree or its equivalent, must have at least four years of experience in the management of state organizations, should have served as a minister or governor of cities with a 2 million-plus population or been a top commander of the armed forces with the rank of major general or higher. Hopefuls should also not have any criminal record or jail history.

The days leading up to registration saw a public tiff between the Guardian Council and Rouhani's office over the new directive.

Pertinently, this year's election comes at a crucial time with Iran and world powers engaged in negotiations to revive the 2015 nuclear deal, which the conservatives in Iran have frowned upon.

With conservatives well positioned to seize power from reformists, all eyes would be on how Rouhani's successor pursues the issue of negotiations and back-channel talks with countries in the neighborhood, including Saudi Arabia.

Iran's Supreme Leader Ali Khamenei has called for a high turnout in the upcoming elections without backing any candidate. However, with top reformists facing disqualification, observers fear the voting turnout may be affected.