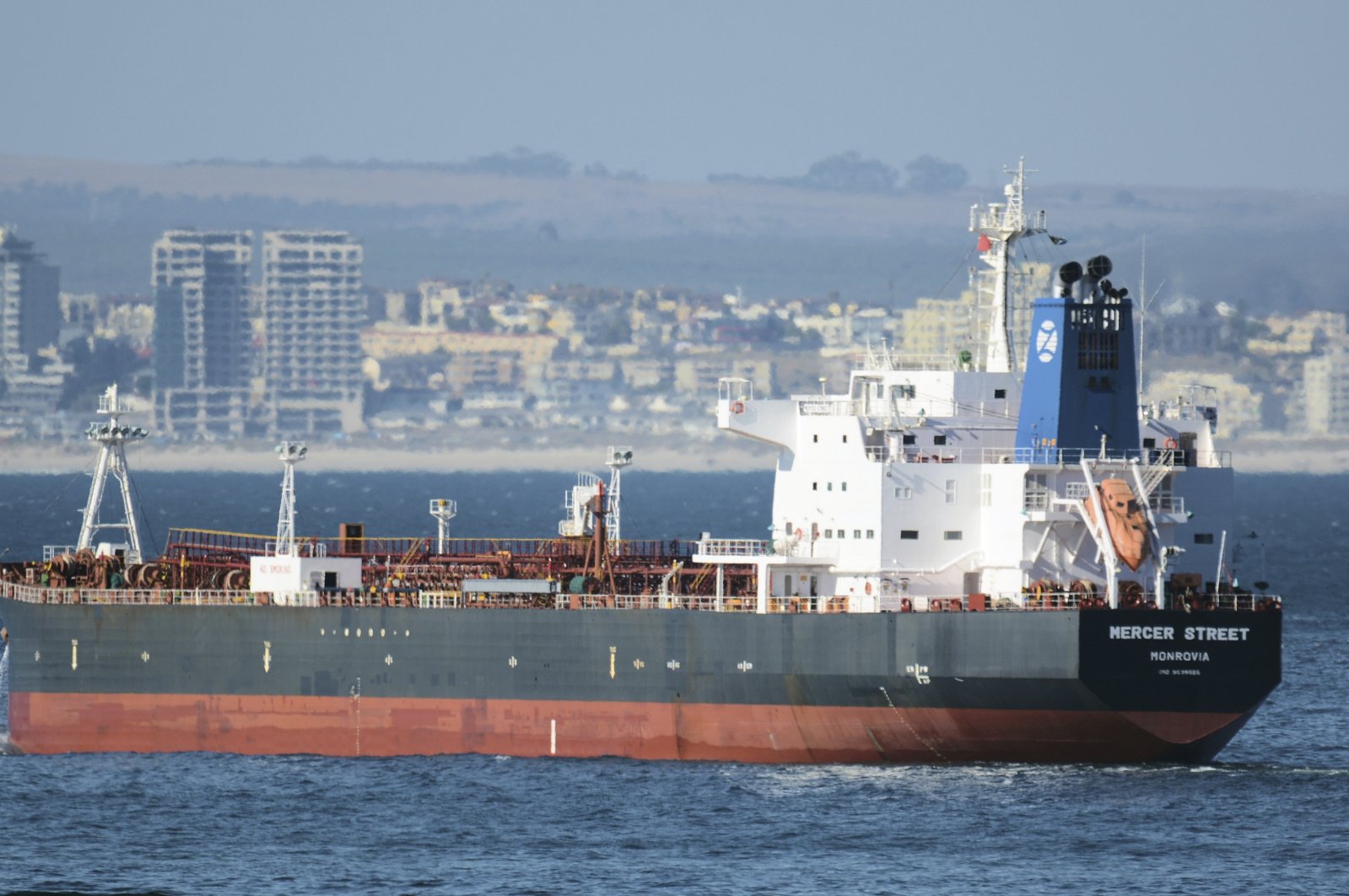 Iran denied Sunday it launched the drone attack on an oil tanker off the coast of Oman that killed two people, even as Israel alleges Tehran carried out the assault amid heightened tensions in the region.

"The Zionist regime ... must stop such baseless accusations – and it is not their first time to direct such accusations at Iran," ministry spokesperson Saeed Khatibzadeh told reporters in a televised press conference. According to Agence France-Presse (AFP), Khatibzadeh said the remarks were "condemned," adding that "Iran will not hesitate for a moment to defend its ... interests and national security."

The MT Mercer Street, managed by prominent Israeli billionaire Eyal Ofer, was struck Thursday off the coast of Oman, in an incident Israel has blamed on Iran.

On Friday, Israeli Foreign Minister Yair Lapid said he had ordered the nation's diplomats to push for U.N. action against "Iranian terrorism."

Two crew members were killed in what the U.S. military and the vessel's operator said appeared to be a drone strike. Vessel operator Zodiac Maritime said a British security guard and a Romanian crew member were killed in the attack. The oil products tanker was traveling from Dar es Salaam in Tanzania to Fujairah in the United Arab Emirates (UAE) with no cargo aboard when it was struck, Zodiac Maritime said.

Meanwhile, Iran's outgoing President Hassan Rouhani on Sunday acknowledged his nation at times "did not tell part of the truth” to its people during his eight-year tenure, as he prepares to leave office with his signature nuclear deal with world powers in tatters and tensions high with the West.

Rouhani's comments, aired on state television, come as officials in his government have appeared rudderless in recent months amid a series of crises ranging from the coronavirus pandemic to parching droughts fueling public protests.

After appearing just days earlier to be lectured by Supreme Leader Ayatollah Ali Khamenei about their failures in the nuclear negotiations, Rouhani's remarks appeared aimed at acknowledging the problems his government faced in its waning hours. President-elect Ebrahim Raisi, a protégé of Khamenei, will be inaugurated Thursday.

"What we told people was not contrary to reality, but we did not tell part of the truth to people,” Rouhani said at his last Cabinet meeting as president. "Because I did not find it useful and I was afraid it would harm national unity.” He did not elaborate on what he meant by his remarks.

However, during his tenure, Iran's paramilitary Revolutionary Guard mistakenly shot down a commercial airliner and killed 176 people on board in January 2020, which the government refused for days to acknowledge until Western nations went public with their suspicions.

Rouhani, a relative moderate within Iran's theocracy, insisted he and his officials did their best. "If we have a defect, we apologize to the people and ask them for forgiveness and mercy," Rouhani said, according to remarks carried by The Associated Press (AP).

He pointed to the country's 2015 nuclear deal with world powers, which saw Iran agree to limit its enrichment of uranium in exchange for the lifting of economic sanctions. However, that deal now sits in tatters after then-President Donald Trump unilaterally withdrew the U.S. from the accord in May 2018. Rouhani blamed many of Iran's current problems on Trump's decision, which saw the value of the Islamic Republic’s rial currency crash.

The president said that while Iran had plans to upgrade its armed forces after the expiration of a U.N. arms embargo in October 2020, it couldn't due to its financial woes.

"We did not have the money to buy due to sanctions and not selling oil, but the contract is completely ready,” he said.