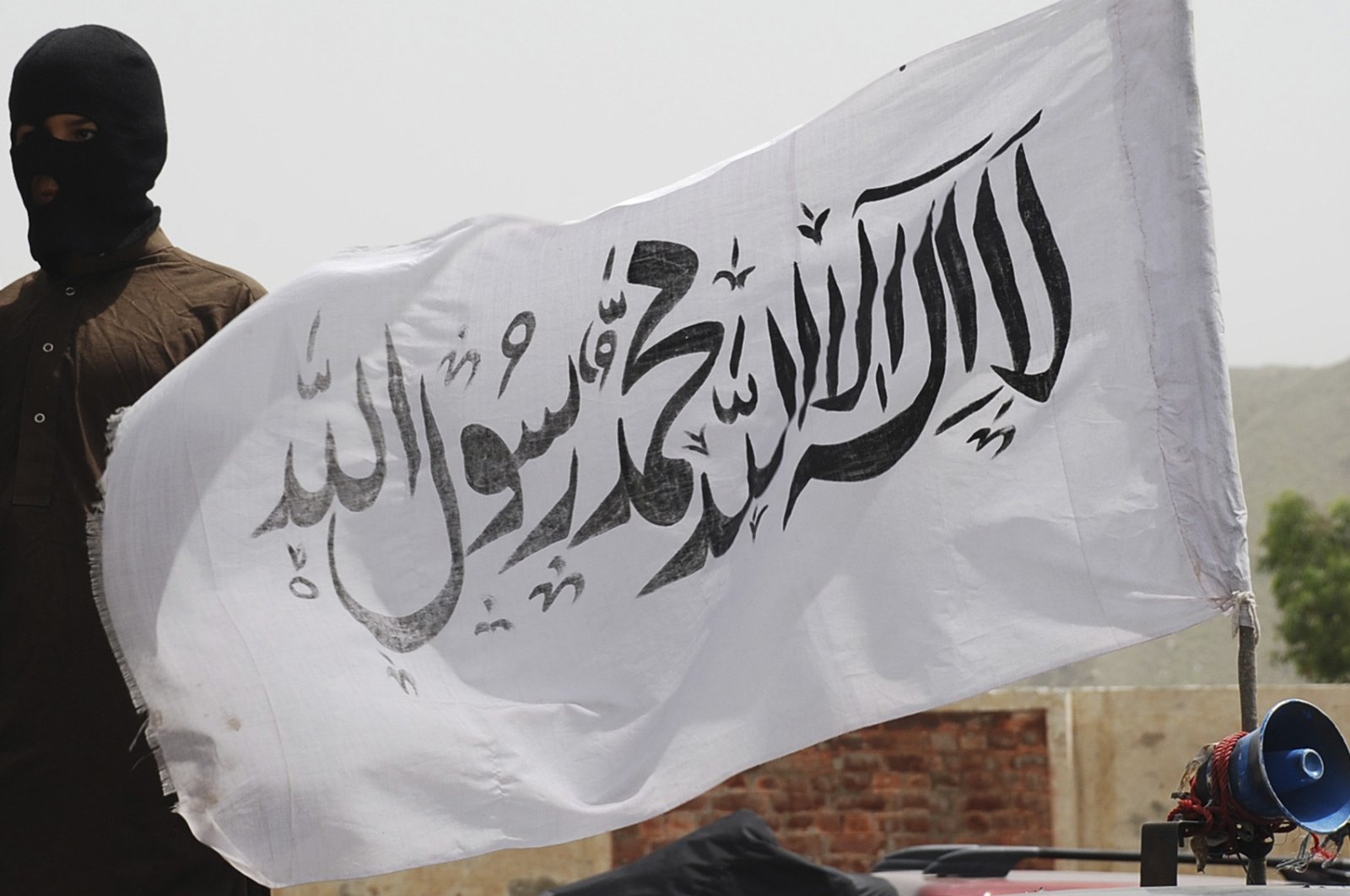 In this file photo, a white Taliban flag is seen beside a Pakistani Taliban fighter in the South Waziristan tribal region bordering Afghanistan, May 24, 2008. (Reuters Photo)
by Anadolu Agency Aug 04, 2020 5:17 pm
RECOMMENDED

Iran has arrested 19 Afghan nationals for waving a Taliban flag in a Tehran park in celebration of the festival of Qurban Bayram, also known as Eid al-Adha, the city’s police chief said Tuesday.

Speaking to reporters, Gen. Hossein Rahimi said the Afghan nationals were taken into police custody following an investigation into the incident that took place Friday.

He said five of them have been sent to prison on charges of "flag production, image production and transmission of images," while the other 14 "will be expelled” from Iran to Afghanistan.

Rahimi said the Afghan nationals in Iran used to gather in Azadi Square, a popular landmark in Tehran, to celebrate Eid al-Adha, which ended Monday.

This year, however, they gathered in the capital’s Mellat Park due to restrictions imposed to stem the spread of the coronavirus outbreak in Iran, he said.

"Unfortunately, some men in the middle of the gathering displayed the Taliban flag,” Rahimi said, adding that the police took "immediate action."

The pictures of men posing with the white flag instantly went viral on social media. The photos drew anger and outrage in Afghanistan, with many Afghan government officials and activists, including a senior adviser to the Afghan national security head, criticizing it.

Although Tehran has no formal relations with the insurgent group, talks between the two sides have taken place on many occasions in recent days.

During his recent visit to Kabul, Iran’s Deputy Foreign Minister Sayed Abbas Araagchi acknowledged that Tehran is in contact with the Taliban "like other countries," but he rejected reports of the Taliban having an office in Iran.

Relations between Kabul and Tehran have been affected after the drowning of a group of Afghans in Harirud River in May. The incident was followed by a shooting attack on a van carrying Afghan nationals in Iran’s central Yazd province.

The two sides have held several rounds of talks at different levels in recent months to discuss these issues and develop a mechanism to ensure the safety of Afghan refugees in Iran.

There are around 3 million Afghan nationals, including both documented and undocumented refugees, currently living in Iran.