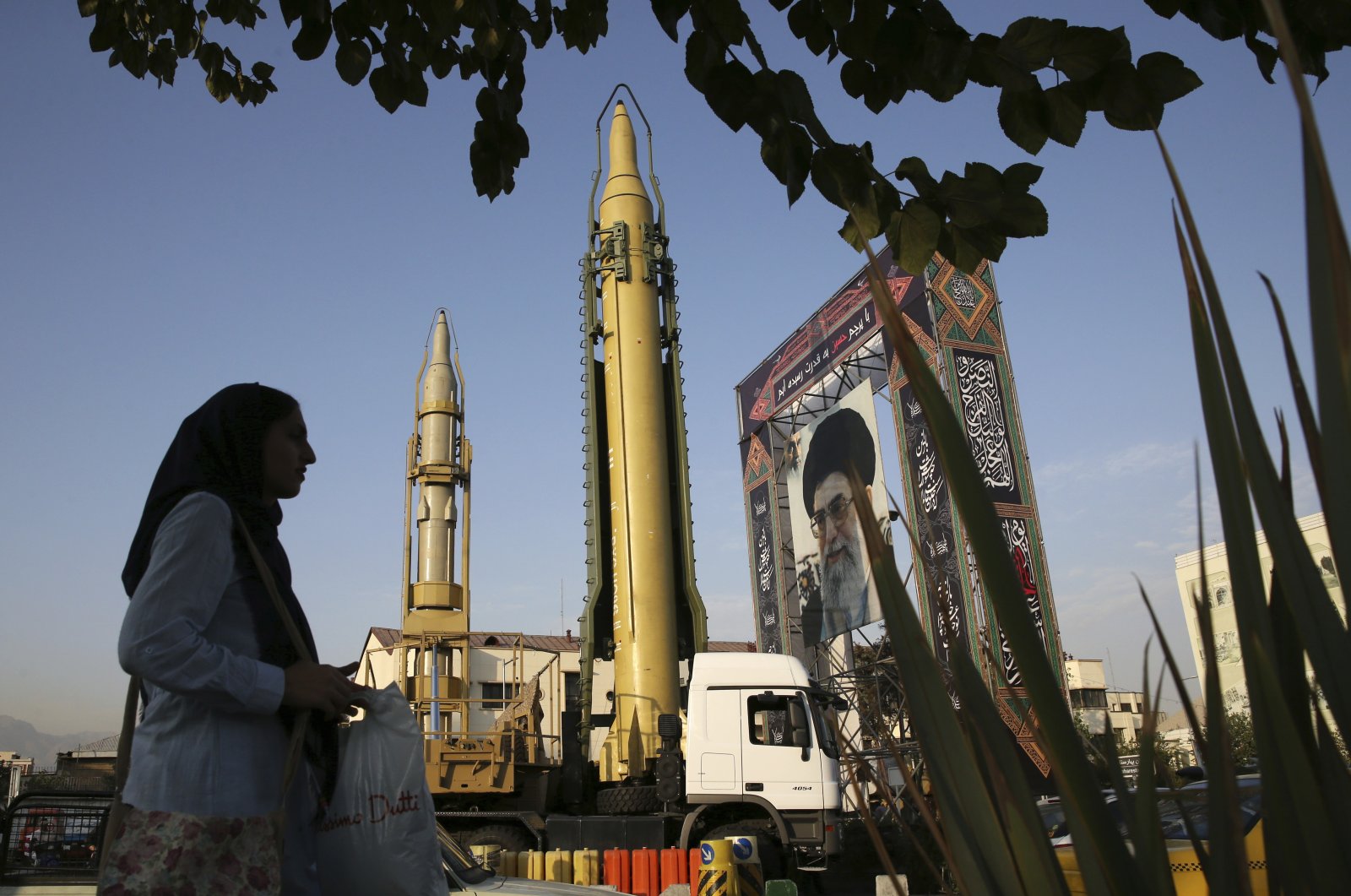 FILE - A Ghadr-H missile, center, a solid-fuel surface-to-surface Sejjil missile and a portrait of the Supreme Leader Ayatollah Ali Khamenei are on display for the annual Defense Week, marking the 37th anniversary of the 1980s Iran-Iraq war, at Baharestan Sq. in Tehran, Iran, Sept. 24, 2017. (AP File Photo)
by Agencies Jun 26, 2022 5:36 pm
RECOMMENDED

Iran launched a solid-fueled rocket into space on Sunday as Western powers prepared to hold four-way talks over the nuclear deal, according to the Iranian state television.

It's unclear when or where the rocket was launched, but the announcement came after satellite photos showed preparations at Imam Khomeini Spaceport in Iran’s rural Semnan province, the site of Iran's frequent failed attempts to put a satellite into orbit.

Defense Ministry spokesperson Seyed Ahmad Hosseini said in a statement that the launch was sub-orbital with "pre-determined research objectives."

Defense Minister Brig. Gen. Amir Hatami hailed the launch as a "breakthrough" that he said proved Iran's "scientific power," as cited by the state media.

The launch comes less than two weeks after the ministry spokesperson announced plans to carry out two more launches of the satellite carrier that runs on a hybrid fuel.

The first test launch of Zuljanah was carried out in February 2021, which was broadcast live on Iran's state TV.

Hosseini at the time said the satellite carrier will be able to put payloads weighing up to 220 kilograms (485 pounds) into orbit at an altitude of 500 kilometers (310.6 miles).

Interestingly, the announcement about two more launches for Zoljanah came after the Intel Lab published satellite imagery showing preparations for a satellite launch at Imam Khomeini Space Center in the central city of Semnan, 216 kilometers east of Tehran.

The U.S. and its European allies have repeatedly expressed concern over Iran's space launch vehicles, calling on Tehran to stop sending satellite carrier rockets into space, and claiming that it violates the U.N. Security Council resolutions.

Iran, however, maintains that its space program is peaceful in nature and not tied to the country's ballistic missile development.

The country has had many failed satellite launches in recent years due to technical issues.

The latest launch came a day after Iran and the European Union agreed to break a three-month deadlock in talks to revive the 2015 nuclear deal.

The new round of talks is likely to resume in the coming days between Washington and Tehran and be mediated by the EU.