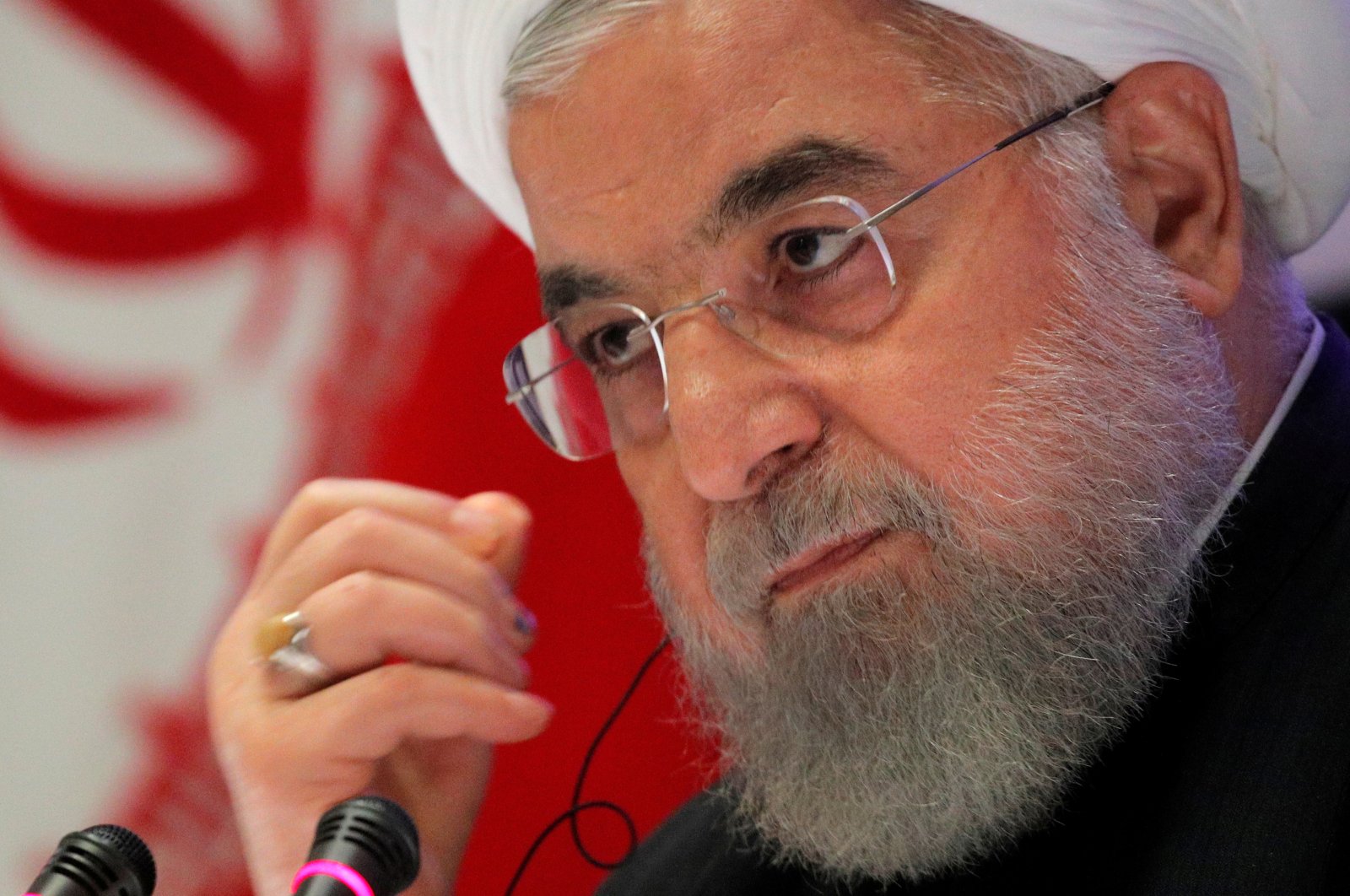 Iranian President Hassan Rouhani speaks at a news conference on the sidelines of the United Nations General Assembly in New York, U.S., September 26, 2019. (Reuters Photo)
by REUTERS May 14, 2020 2:03 pm
RECOMMENDED

Iran's Foreign Minister on Thursday dismissed as "foolish claims" U.S. threats to trigger a return of all United Nations sanctions if the U.N. Security Council does not extend an arms embargo on Tehran, state media reported.

The U.S. special envoy for Iran, Brian Hook, on Wednesday publicly confirmed the strategy two weeks after an official, speaking on condition of anonymity, said Washington had notified Britain, France and Germany of its plan.

The U.N. embargo is due to expire in October under a 2015 Iran nuclear deal that U.S. President Donald Trump quit in 2018.

Washington argues it can trigger a return of U.N. sanctions because a 2015 Security Council resolution enshrining the deal still names the United States as a participant.

"It is no surprise to hear such things from people who recommend drinking disinfectants to ward off the coronavirus – to contend they are still a party to the agreement after officially leaving it,” said Zarif.

This appeared to refer to Trump's suggestion for research into whether the coronavirus might be treated by injecting disinfectant into the body.

Meanwhile, a Foreign Ministry spokesman ridiculed a 2019 U.S. State Department report released on Wednesday that Iran and four other countries had not cooperated fully with U.S. counterterrorism efforts.

"With a history of founding, funding and arming different terrorist groups, a record of state terrorism, and its outright support for another terrorist regime, U.S. is not a good yardstick for measuring anti-terrorism efforts," spokesman Abbas Mousavi tweeted.