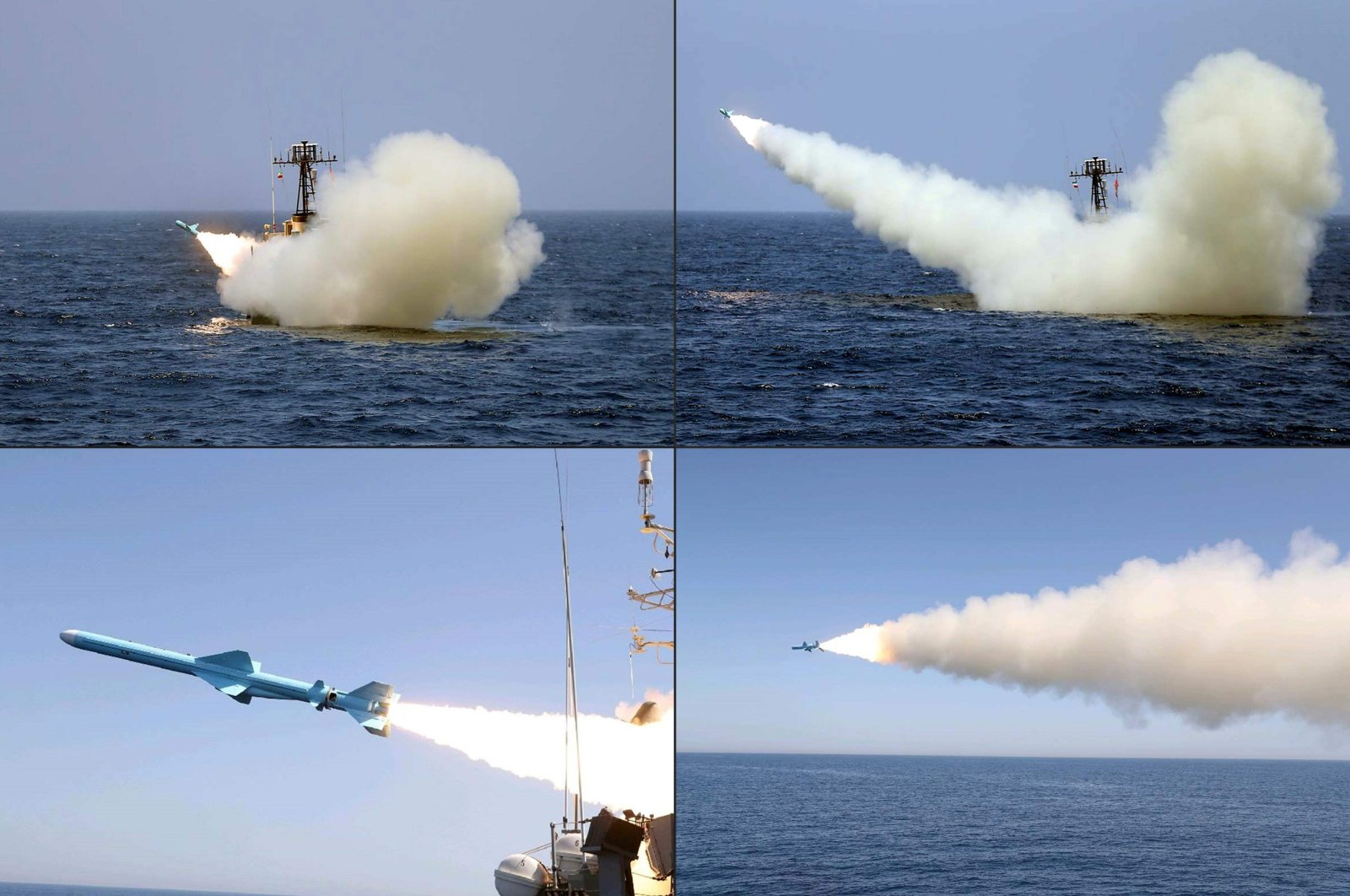 This combination of handout pictures created and made available by the Iranian armed forces office shows a missile being fired from an Iranian warship during a military exercise in the Gulf of Oman. (Iranian Army office/HO/AFP Photo)
by French Press Agency - AFP Jun 18, 2020 1:23 pm

Iran test-fired a "new generation" of cruise missiles Thursday, the navy said, in the first such military exercises since 19 sailors were killed last month in a friendly fire incident.

The armed forces' website published pictures of the drill in the Gulf of Oman showing missiles being fired from a warship and the back of a truck, and a vessel exploding out at sea.

A statement said both short- and long-range missiles were test-fired.

They "destroyed the designated targets 280 kilometers (174 miles) away, and their range can be increased even further," said the statement.

The missiles were designed and produced by the Defense Ministry and the navy, it said, without giving any further details.

A video released by state television on its website said some of the missiles were based on "older platforms that have been updated."

They were "missiles with deadly precision and power for Iran's enemies," said an IRIB reporter at a beach where they were fired from a truck.

The naval exercises come after an "accident" during a similar drill on May 10, involving a warship being hit by a missile in the same waters.

Nineteen crewmen were killed and 15 injured in the incident, the army said at the time.

The Tasnim News Agency said the missile was fired by another Iranian warship, in a "friendly fire" incident.