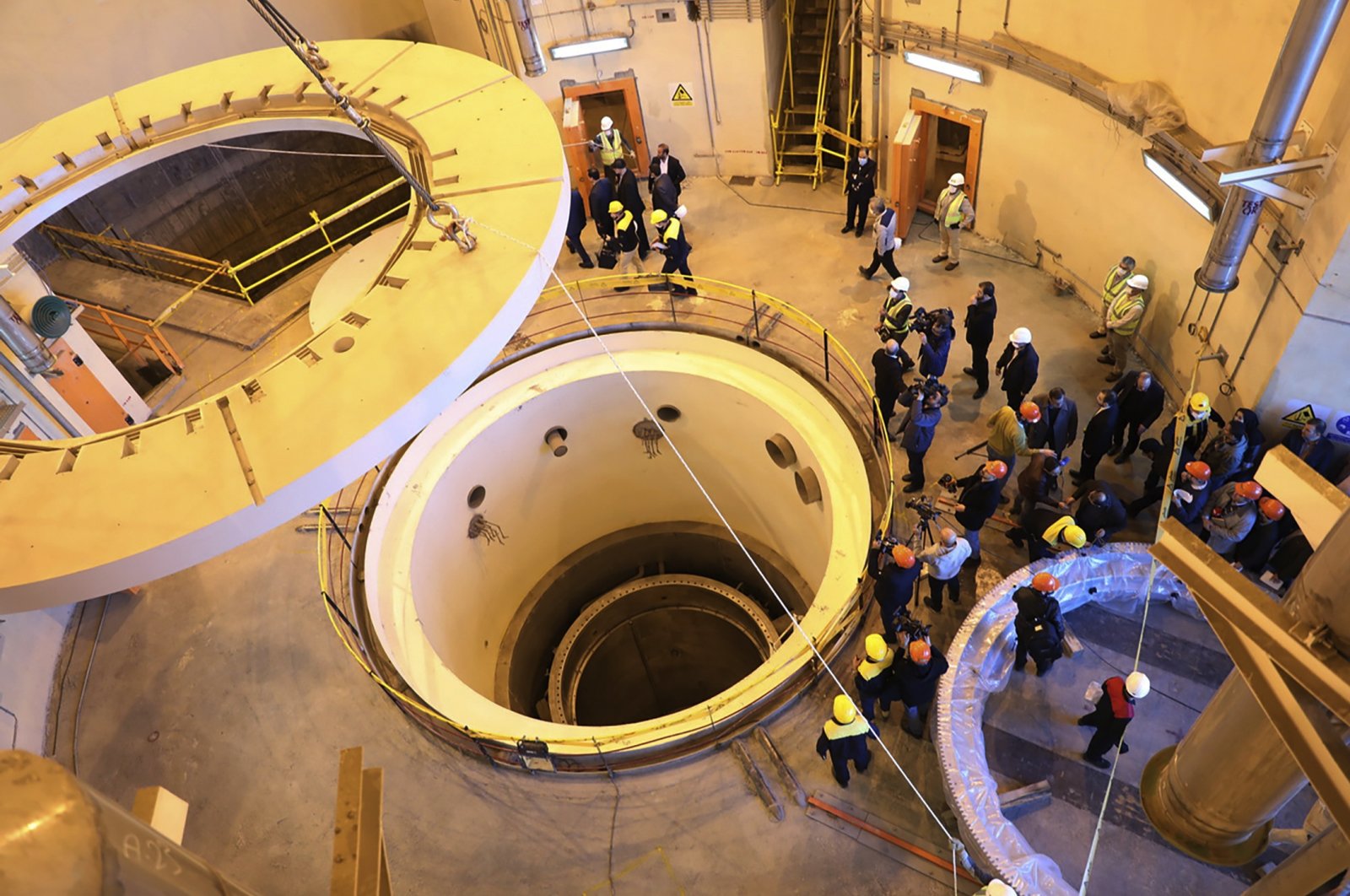 In the wake of indirect talks between the United States and Iran aimed at reviving a past nuclear deal, Iranian authorities announced Wednesday that the country has produced 55 kilograms (121 pounds) of enriched uranium, indicating a faster rate of production than that required by the country's law.

The disclosure comes a day after Tehran and Washington held what they described as "constructive" indirect talks in Vienna on Tuesday aimed at finding ways to revive a 2015 nuclear deal between Iran and world powers.

Iran's hardline parliament passed a law last year that obliges the government to harden its nuclear stance, partly in reaction to former President Donald Trump's withdrawal from the nuclear deal in 2018.

Trump's withdrawal prompted Iran to steadily overstep the accord's limits on its nuclear program designed to make it harder to develop an atomic bomb, an ambition Tehran denies.

The law required Iran to start enriching to 20% and stipulated that at least 120 kilograms (265 pounds) of uranium refined to that level be made each year, which amounts to 10 kilograms a month.

Iran's production rate is already "up to 40%" faster than that, Atomic Energy Organisation spokesperson Behrouz Kamalvandi indicated. "In less than four months we have produced 55 kilograms of 20% enriched uranium ... in around eight months we can reach 120 kilograms," Kamalvandi told state TV.

Uranium is considered highly enriched as of 20%. Enriching to 20% is a big step towards enriching to weapons-grade.

A quarterly report on Iran's nuclear activities by the United Nations nuclear watchdog in February said that as of Feb. 16, Iran had produced 17.6 kilograms of uranium enriched up to 20%, with the next level down being enriched between 2%-5%.

A senior diplomat said at the time that Iran was producing uranium enriched to 20% at a rate of 15 kilograms per month.

As part of a recent acceleration of its breaches of the nuclear deal, in January Iran began enriching uranium to 20% at Fordow, an underground uranium enrichment site that was built in secret inside a mountain possibly to withstand any aerial bombardment.

Under the deal, Tehran is not allowed to enrich uranium at Fordow at all.

Until January, Iran had not enriched beyond 4.5% purity, above the deal's limit of 3.67% but still far below the 20% it achieved before the deal, or the 90% that is weapons-grade.